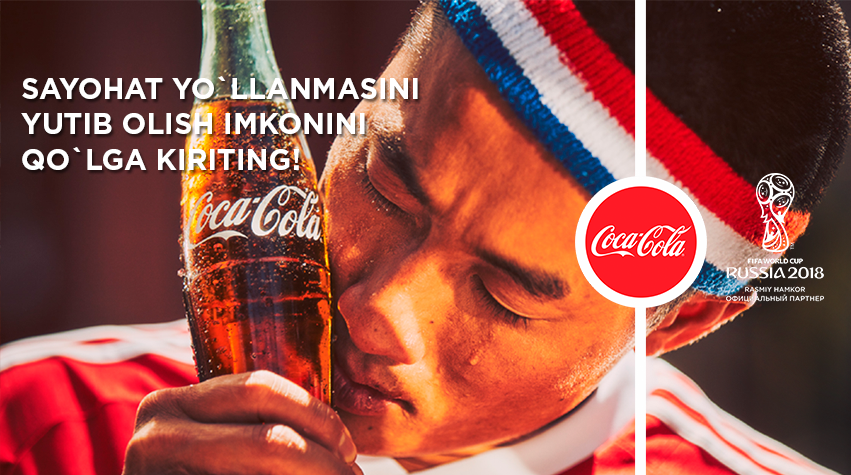 Anti-monopoly authorities in Uzbekistan have ordered a local drinks producer to change their labelling, which they found bore too close a resemblance to the Coca-Cola brand.

The ruling, which was reported May 29 by Podbrobno.uz news website, is a fresh signal that Tashkent is serious about its pledge to promote the cause of protecting intellectual property.

The Antimonopoly Committee said the offender, Namangan-based Norin Bottlers, has already complied with the order and has designed a new look for its Frutto Cola range.

The flagrant copying of Western brand trademarks has been a matter of course for many years in Uzbekistan. The appearance in the Uzbek provinces of King Burger restaurants with a logo echoing that of the similarly named fast-food chain, Hayat hardware stores with signs eerily reminiscent of the Hyatt hotel giant and variations on the McDonalds name (McShawarma and so on) have raised many a smile among foreign visitors.

Uzbek officials now appear intent, however, to show that they do not wish their country to languish among the ranks of those deemed indifferent toward the intellectual property rights of prospective investors.

The Antimonopoly Committee was set up by President Shavkat Mirziyoyev in January with the implicit intention of mending Uzbekistan’s reputation.

But as recently as a few weeks ago, the officials tasked with tackling the trademark violation issue were still gingerly feeling their way forward in an uncertain area.

“We often come across the problem of trying to determine the similarity of [brand labelling]. Issues regarding intellectual property can be debated endlessly,” the deputy chairman of the Antimonopoly Committee, Farrukh Karabayev, was reported as saying in April. “For this reason, we are creating an independent advisory council which will be comprised not just of employees with state bodies, but also independent experts and representatives from the sector.”

According to a colleague of Karabayev’s, there may be some instances in which retailers receive instructions not to stock items over trademark violations.

This feels particularly relevant when it comes to pharmaceuticals. Spot.uz reported in January on a state antitrust body considering petitions from two foreign drug companies — from India and Ukraine — about some shameless aping by Uzbek peers. In both instances, an antitrust agency commission found in favor of the foreign companies and ordered the local drug manufacturers to cease production of the lookalike medicines.

As one eagle-eyed Facebook channel has astutely noted, the copying does not just extend to names and labels. Coca-Cola was again the victim when a local ice-cream manufacturer came to producing a TV advertising spot for one of its products. The two advertisements are almost identical shot for shot.

This feeds into a related theme of piracy.

In February, Mirziyoyev put his seal of approval on the Uzbek parliament’s ratification of the World Intellectual Property Organization Copyright Treaty and the WIPO Performances and Phonograms Treaty. In theory, this should have precipitated a crackdown on the illegal reproduction of music and films, but any such measures would be hard to implement and would inevitably provoke considerable backlash.

Still, the Coca-Cola case does indicate that the government is willing to entertain the complaints of foreign partners.