President Shavkat Mirziyoyev is seeking support for his economic reforms. 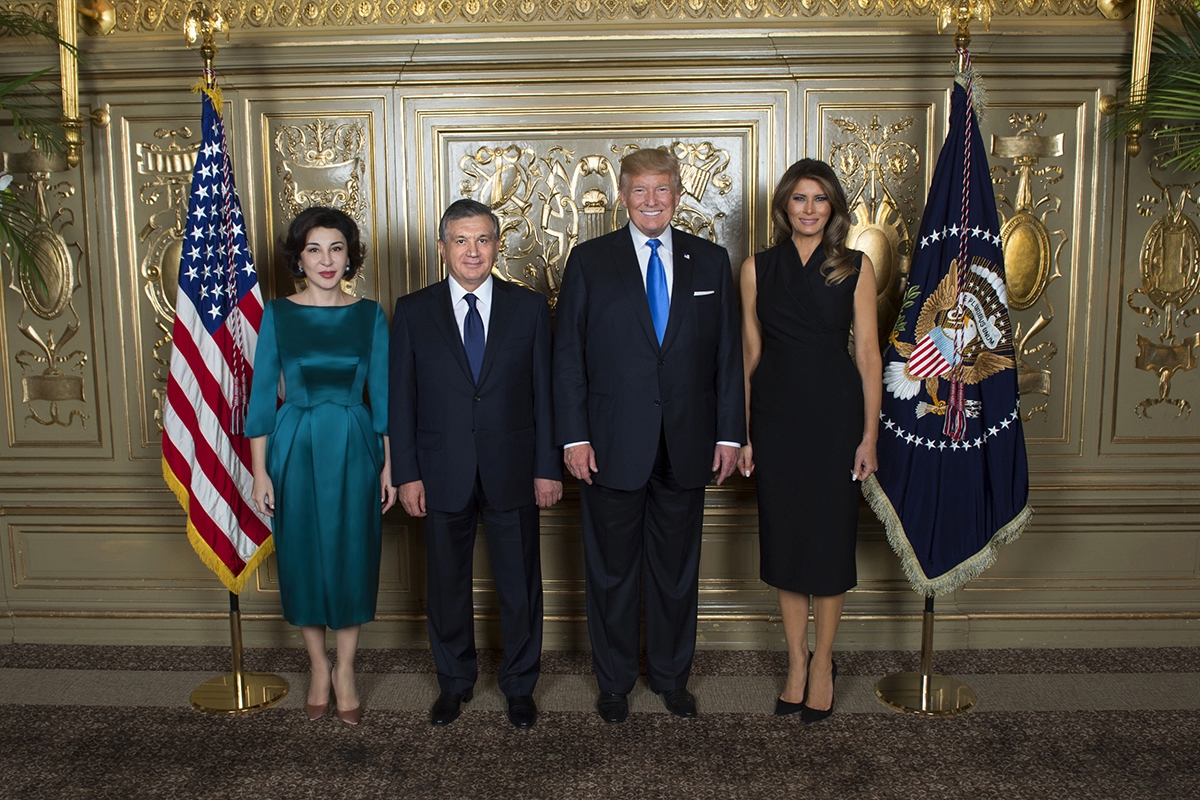 A feature about New York that aired on state television in Uzbekistan late last week opened with those words, striking an exuberant note that authorities hope will set the tone for diplomatic ties.

On May 15, President Shavkat Mirziyoyev begins a three-day official visit to the United States, a high-stakes undertaking by the Uzbek leader. And as media in Tashkent have enjoyed pointing out, the visit is happening at Washington’s behest.

Dialogue on security has long been the primary order of business between Uzbekistan and the United States, as indicated by General Joseph Votel, commander of U.S. Central Command, dropping by Tashkent on May 12. As Votel reminded reporters, this was his third visit to the country.

The official agenda draws the picture in broad terms.

Tellingly perhaps, the statement makes no mention of human rights or any overtly political objectives.

Mirziyoyev’s tour will also take in meetings on the Capitol and with the World Bank, as well as stops at the Department of Defense and the State Department.

This partnership has been a rollercoaster. Central Asia was on the periphery of Western policymaking in the 1990s, and then only when seen as a potential new fount of radical Islamic violence or source of oil. The terrorist attacks of September 11, 2001, suddenly thrust Uzbekistan in particular into a powerful strategic role as a springboard for NATO military operations in neighboring Afghanistan.

A well-known photo of the late Uzbek President Islam Karimov getting the glad hand from President George W. Bush in the White House dates back to March 2002.

Even then, just as Karimov was touring Washington, Secretary of State Colin Powell was telling Congress that “there are problems with human rights in Uzbekistan.” That brief window of uneasy amity ended dramatically when Western criticism of a bloody crackdown in Andijan in May 2005 culminated in Tashkent ordering American servicemen out of the Karshi-Khanabad airbase.

If there is an area of distinction between today’s interlude of diplomatic flirtation and the one experienced under Karimov, who died in 2016, it is that there is now more emphasis on concrete, achievable goals. Mirziyoyev is pushing the economic agenda harder than his predecessor ever contrived to do.

“What is important for Tashkent is to receive support from Washington […] for the modernization of the economy, since the new social and economic order requires credits, grants from the financial institutions dominated by the Americans,” said political analyst Rafael Sattarov.

The core of Mirziyoyev’s domestic economic reform agenda is ostensibly to dilute the overpowering role of the state to boost the role of small- and medium-sized businesses. Ongoing or planned piecemeal changes to security structures, the judiciary and the relation between the state and civil society are all largely contingent on that economic vision.

Support from monied international partners is deemed the final and most important piece to that puzzle, hence the turn to the West in the shape of the United States.

Mirziyoyev has done some legwork already. When he made his first visit to the U.S. as president, to attend the UN General Assembly in September 2017, he reportedly came away with commercial deals worth $2.6 billion. A U.S.-Uzbekistan Business Forum in New York featured guests from a constellation of major conglomerates engaged in a vast cross-section of industry, including General Electric, Honeywell, John Deere, Caterpillar, ExxonMobil and Boeing, among dozens of others.

Carolyn Lamm, head of the U.S.-Uzbek Chamber of Commerce and a partner with U.S. legal services giant White & Case, which reopened its office in Tashkent in January, has estimated that Mirziyoyev’s visit may generate another $4 billion in deals. Lamm singled out the oil and gas and metals industry as key areas for potential joint ventures.

Mirziyoyev’s press secretary Komil Allamjonov told reporters that the president’s visit should produce 40 commercial agreements worth a total of $8.5 billion. The final figure could be adjusted during the trip, Allamjonov said.

Trade has significant room for growth, although the broader trend has been erratic. Bilateral trade was a meager $210 million in 2017. That was considerably less than the reported $454 million recorded in 2016, which was itself a 70 percent increase on the year before.

The stakes are high for an economy flourishing off the back of rising trade.

Richard Norland, a political advisor to the U.S. Joint Chiefs of Staff and a former ambassador to Tashkent from 2007 to 2010 argued in an interview to state-run Uzbekistan-24 news channel that developments in Uzbekistan will have wider implications.

“Uzbekistan has major potential — mainly as a motor for economic processes in Central Asia, as a key factor in stabilizing the situation in Afghanistan and as a transport corridor linking this region to Europe,” Norland was quoted as saying in translated comments.

Popular sentiment is, generally speaking, not given much consideration by foreign policymakers in Uzbekistan. But it does seem like this rapprochement will find supporters, although the influence of rabidly anti-American television from Russia beamed into Uzbek homes will likely temper excitement.

“Whether we want to or not, we have to be friends with America, especially since Trump is the one inviting,” 63-year-old Tashkent resident Nuriddin Hamrayev told Eurasianet. “I didn’t like it when he talked about banning Uzbekistanis from going to the U.S. after the terrorist attack done by that Uzbek native. My son has been there for five years already, regularly paying his taxes. I think that after the presidents meet, all that talk will cease.”

And if significant U.S. investment materializes and creates jobs, all the better. Manzura Mahmudova, a street food vendor, is particularly excited about suggestions that KFC and McDonald’s may open branches in Tashkent.

“I really want to work in these companies and learn how to cook chicken in the KFC style,” Mahmudova said. “Our young people really love fast food.”