Kazakhstan has declared a one-month state of emergency. 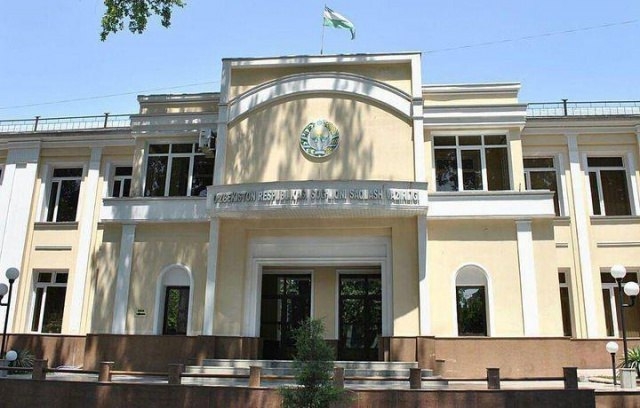 The first case of a coronavirus infection was detected in Uzbekistan over the weekend and the number of people known to have the virus rose to six by March 16.

Health Minister Alisher Shadmanov told state news broadcaster Uzbekiston24 that the first known carrier in Uzbekistan was an employee of a private medical clinic in Tashkent who had returned from a trip to France on March 11. Four days after her return, the woman reported a high temperature and was tested at virology clinic, Shadmanov said.

With confirmation that COVID-19 is now present in Uzbekistan, authorities have ordered the suspension of all aviation, railway and road travel to foreign countries as of March 16. Kindergartens, schools and universities will be closed for a period of at least three weeks, Prime Minister Abdullo Aripov said in a televised address. Festivities for the upcoming Nowruz holiday have been cancelled, as have all major sporting events.

News of the protective measures and the confirmed case further escalated nerves and generated a cycle of bulk-buying of items like rice, flour, oil and tinned goods at supermarkets in Tashkent. Many were already spooked by the announcement on March 13 of the first COVID-19 case in neighboring Kazakhstan, where the number of positive coronavirus cases had reached nine by March 16.

Aripov said the government would take action to ensure that food and medical supplies retailers did not engage in price-gouging, although there is anecdotal evidence this is already happening.

“How can the government control all retail points? I have just bought antiseptic wipes for [$0.74] at the pharmacy when yesterday they cost [$0.47],” 48-year-old Shohida Fozilova told Eurasianet.

Runs on certain items are also being provoked by unfounded speculation about purported remedies against the coronavirus.

“Somebody has spread a rumor on social media that garlic is effective against coronavirus, and so now they are selling a head of garlic in the market for [$0.50]! Before, with that kind of money we used to be able to buy five or six heads of garlic,” Fozilova said.

Lola, a 28-year-old supermarket cashier in Tashkent, said she has witnessed scenes she could never have imagined.

“Supplies of rice, flour and oil have already run out. People keep asking for things and shouting at us, but we have nothing left. My hands are trembling as I think about this terrible coronavirus,” she told Eurasianet.

Health authorities insist they are taking every possible precaution to halt the progress of COVID-19 through the population. Speaking about the first confirmed case, Shadmanov the patient and nine other members of her family have been placed in quarantine. The same has been done to the 150 people who flew with her.

The Health Ministry has said that more than 7,700 people who flew from Uzbekistan from countries with confirmed coronaviruses cases have been placed under conditions of medically supervised isolation at their homes. As of the weekend, restrictions have been lifted on 5,600 of those people. Another 2,100 people are still under supervision.

In Kazakhstan, President Kassym-Jomart Tokayev on March 15 declared a state of emergency, barring travel in and out of the country. Major retail facilities will operate under restricted conditions, but grocery stores and markets will be allowed to open. The state of emergency is to remain in place until April 15.

In a televised address on March 16, Tokayev urged the public to remain calm.

“We are a nation that has experienced a great deal of hardship in its history. We were able to endure those trials, primarily because of our unity. I urge the entire population to be patient and calm. I hope we will all overcome this difficult situation together,” he said.

Also addressing concerns about the possible impact of this ongoing crisis on the economy, Tokayev hailed his predecessor, President Nursultan Nazarbayev, for overseeing the accumulation of around $90 billion in the country’s cash reserves.

The government may need to draw on that armory to restore some stability to the national currency, which has endured another bout of turbulence amid the growing panic. The tenge was at one point trading at 450 against the dollar on March 16, a sharp drop from around 400 last week. Later in the day, the tenge had recovered to around 437 to the dollar, according to Tengri News website.

In Kyrgyzstan, where no cases of COVID-19 have yet been detected, the government on March 16 ordered the closure of nightclubs, movie theaters and computer clubs as a protective measure. Health officials there said 341 people are currently under medical supervision.