Authorities say the amendments are intended to make the document more humane and democratic. 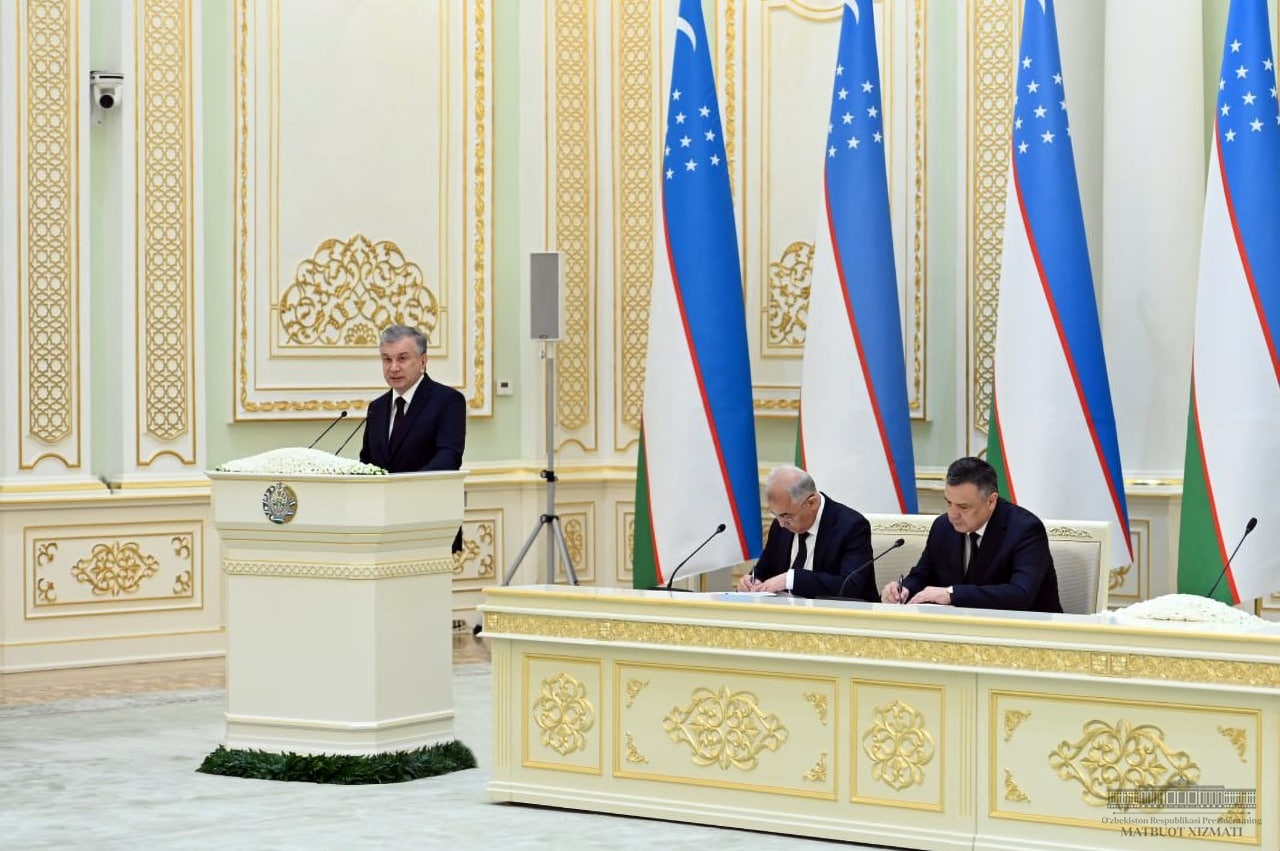 The president of Uzbekistan has outlined changes to the constitution that he insists are intended to deepen democratic institutions, but whose most notable effect may, as his own allies have admitted, be to consolidate his hold on power.

Speaking to members of a commission created specially to design the reforms, President Shavkat Mirziyoyev said on June 21 that the amendments would be put to a nationwide referendum.

“I believe that if we carry out constitutional reforms by means of a referendum and rely on the opinion and support of our citizens, then this will reflect the will of our people. It will truly be a popular constitution,” he said.

The approach appears at least partly inspired by neighboring Kazakhstan, which has just lent its project to overhaul its own constitution some semblance of popular legitimacy by means of a referendum. The stated intention there too was to deepen democratization.

Mirziyoyev broke down the intent of the amendments into four thematic areas.

The first was described with the phrase “elevation of human dignity” and includes a reaffirmation to citizens’ inalienable right to life and the bolstering of the rights of people placed under law enforcement detention. Another was to cast Uzbekistan as a “social state,” thereby implying that welfare privileges will in future be designated fundamental rights. A third is intended to further consolidate the institutional heft of the mahalla, the local neighborhood community.

It is the fourth batch of amendments that is the most explicitly administrative and political. One change envisions transferring the authority to appoint the heads of the anti-corruption agency and Accounts Chamber, which has formal oversight over government spending, from the president to the Senate. Another will enable initiative groups that can muster the support of 100,000 people to submit legislation.

One likely development that Mirziyoyev did not spell out, though, was one that has long been whispered about and that was last week all but confirmed by the deputy speaker of the Senate, Sodiq Safoyev.

Speaking to news website Kun.uz, Safoyev said that the changes to the constitution would in effect “reset” the previous presidential terms served by Mirziyoyev, who turns 65 next year. The president should by rights relinquish power in 2026, when the second of his two legally permitted five-year terms of office ends.

“Let’s say it openly, if the new constitution is adopted, then it will, of course, enable all citizens, including the current president, to take part in elections under that new constitution,” he said. “If the president will choose to seize that opportunity or not depends first and foremost on him and the party that nominates him. But he will have the right.”

Safoyev said he was positive about the prospect of a third Mirziyoyev term.

“We live in a dangerous world, an extremely dangerous world. Every day the situation becomes more complicated. This cannot but have negative consequences, including for our country. But notwithstanding this, we need to continue reforms. And I am convinced that the person who started these reforms should have the opportunity to bring them to a close,” he said.

Stability and continuity have been bywords for all authoritarian presidents in Central Asia ever since the region’s countries gained independence in 1991.

The broad consensus about Uzbekistan’s reforms is typically that they have been positive where they have favored economic openness, but that political changes have been negligible. That much was well illustrated by a recently published final report on October’s presidential election compiled by the Organization for Security and Cooperation in Europe.

That election, which Mirziyoyev won with 80.1 percent of vote, “demonstrated that recent reforms, which have gradually introduced welcome improvements, have not yet resulted in a genuinely pluralistic environment,” the OSCE found.

“Remaining restrictions on fundamental freedoms and the right to stand continue to run counter to OSCE commitments. While multiple candidates contested the election, there was no meaningful engagement with each other or with voters, and candidates refrained from challenging or criticizing the incumbent. The general lack of distinction between the incumbent’s campaign and official activities blurred the line between state and party,” the same report concluded.

The likelihood of constitutional tinkering had been semaphored well in advance. Mirziyoyev intimated that it might happen as early as his November 6 swearing-in ceremony.

“As international practice shows, in many states in a period of radical changes constitutional reforms have been carried out,” he said at the time. “So, after consulting again with senators and deputies, with the general public, with the people, after studying international experience of constitution building, we should carefully think through the question of enhancing our Basic Law.”

This operation has been executed with remarkable swiftness, albeit without the public discussion that Mirziyoyev was alluding to.

In mid-May, the factions of two government-friendly parties, the Liberal Democratic Party, or UzLiDeP, which nominated Mirziyoyev as its candidate in October, and Milliy Tiklanish (National Revival) decided to speed up the process by raising the matter in parliament. A commission was duly formed and has now produced its first results.