This is all part of Mirziyoyev's plans to promote female employment. 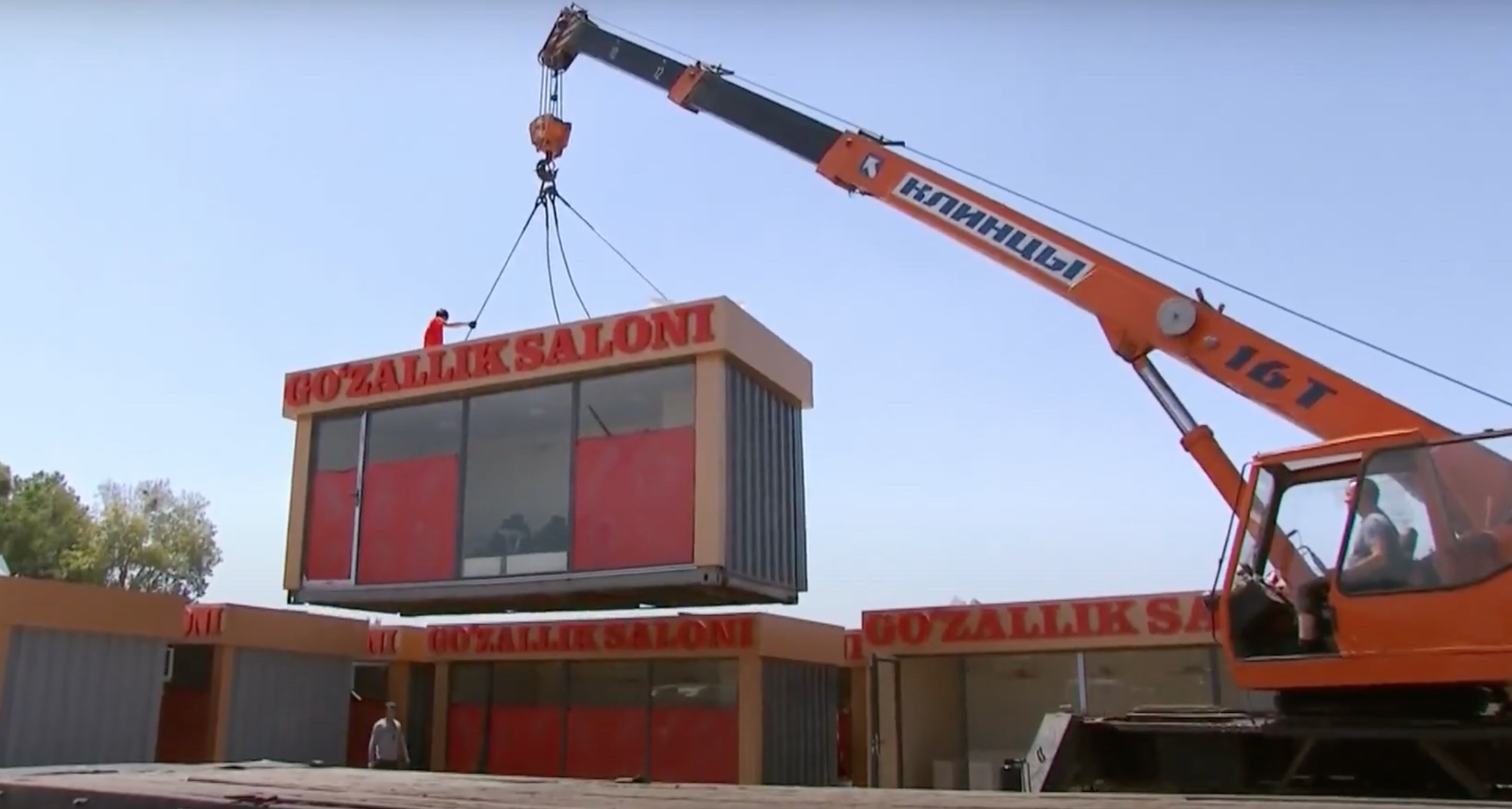 Beauty is in the eye of the crane operator. (Photo: Uzbekiston24)

It is usually people from the regions that go to the big city for work. In Uzbekistan, it is for once going the other way around.

Under a government program designed to create employment for rural women, 50 cargo containers converted into beauty salons have been shipped around the country, local television reported on June 14.

Each salon is fitted with hairdressing equipment, furniture and air conditioning. Eligible workers are being selected from among the unemployed and low-income families.

The state broadcaster showed the delivery of one container to the Akkurgan district, about an hour’s drive south of the capital, Tashkent. The recipient of the salon wiped away tears as she was handed the keys at a festive handover ceremony.

“Hurriyat Boymurodova was trained in hairdressing. And now she has a permanent job and a stable source of income,” state-run broadcaster Uzbekiston24 said in its report.

Boymurodova was reportedly given a two-week training course as a hairdresser in Tashkent and had before now been renting out a room to use as a salon.

Each salon is intended to be staffed by up to seven hairdressers and beauticians.

The initiative is the end result of calls like those made by President Shavkat Mirziyoyev in February, when he issued instructions to trade unions during a government conference call to think up ways to create employment for women in rural communities. His proposals included work in textiles, poultry-rearing and business management.

The problem is an acute one. Employment prospects in the regions outside low-paid farming work are weak in general, but it is especially difficult for women. Large numbers seek their fortunes abroad. Between January and March 2002, before the coronavirus pandemic struck, more than 20,000 women left the country for work, according to official data.

As of April, around 1.6 million people overall are registered as being unemployed.

The idea of containers being used as a problem-buster has been gaining some momentum. In January, Mirziyoyev gave orders during a trip to the Bukhara region for the units to be installed across rural regions for use as workshops for the provision of everyday services. It was later announced that residents of the region eager for the opportunity would be supplied with 1,000 containers to be paid for with preferential loans.

The COVID-19 crisis was when containers really came into their own. Last spring, an entire pop-up town able to accommodate 10,000 people was installed outside Tashkent to quarantine Uzbeks returning from abroad. In February, again at the president’s behest, a number of mayor and governors were installed in container-based offices emblazoned with a sign reading “Governor’s House” – the idea being that this would bring regional administrators into closer contact with the people.