Authorities are trying to placate Sokh with carrots and sticks. 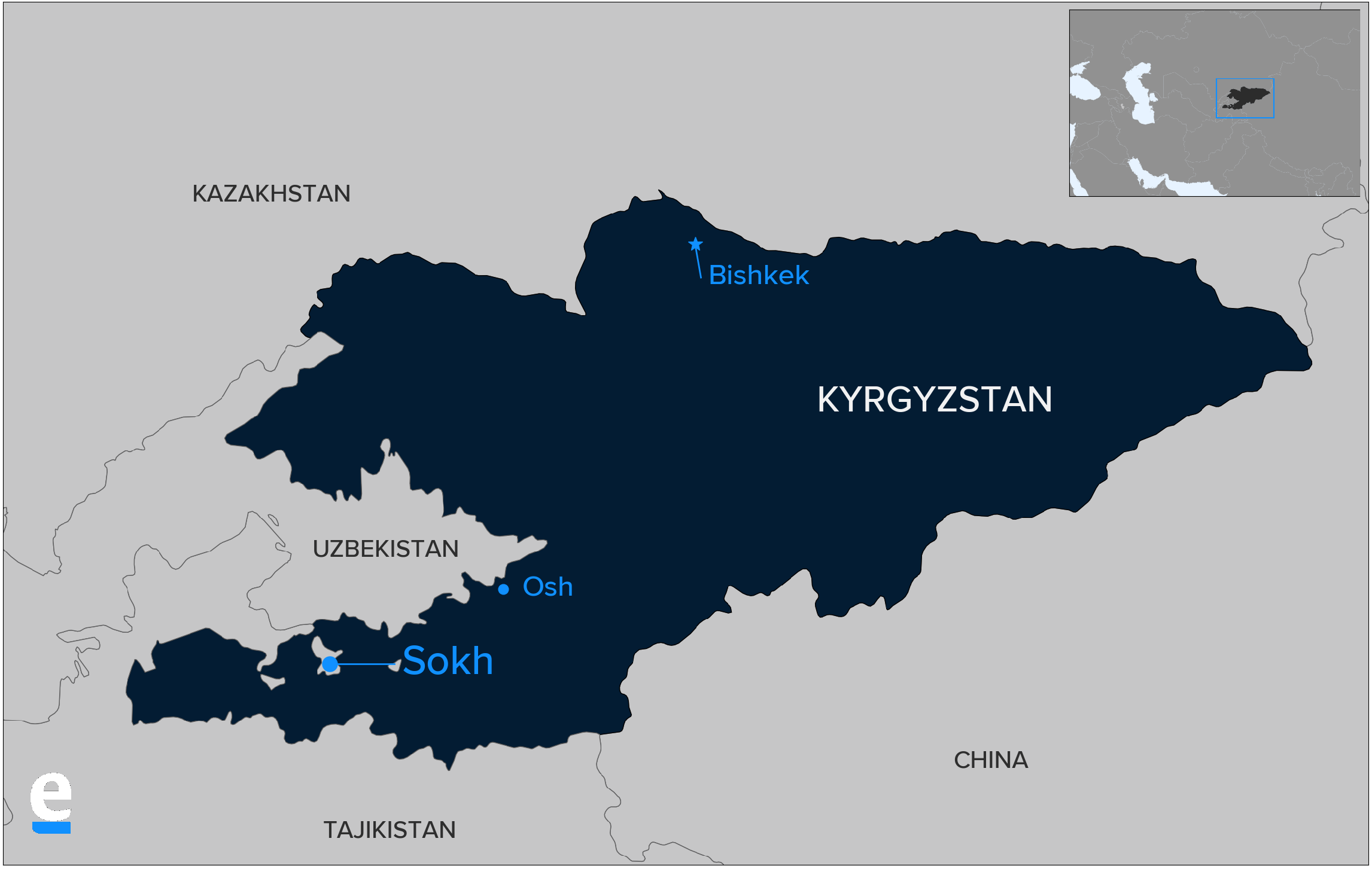 Putting a Sokh in it.

A court in eastern Uzbekistan has handed out prison sentences to almost two dozen residents of an exclave for their involvement in unrest that exploded last summer following a violent border dispute with Kyrgyz villagers.

Ferghana regional court found all 22 defendants guilty and on March 18 sentenced two of them to five years in prison. Others received milder prison sentences.

The initial disturbance that occurred in May pitted the Uzbek residents of Sokh, who are predominantly ethnic Tajiks, against the nearby Kyrgyz community in an argument over access to an irrigation spring. Dozens were injured in the clashes.

When the then-regional governor, Shukhrat Ganiyev, later turned up to calm moods, however, anger was turned against him. Some insulted and displayed aggressive behavior toward Ganiyev. It is alleged some pelted him with rocks.

Frustrations have simmered for many years over the sense that officials in Tashkent and their envoys in Ferghana have done too little to ease the difficulties of the territorially isolated exclave.

Sodik Tohirov, the editor of a local Tajik-language newspaper, Sadoi Sukh, told Eurasianet that he believes the verdict was far too harsh and failed to take those legitimate recriminations into account.

“After all, these young people were only defending their land and territory, which has been lived on by their ancestors since time immemorial. Of course, they should not have got into a conflict with the [regional] leadership. Come what may, we must live peacefully with our Kyrgyz neighbors,” he said.

Efforts to mollify the people of Sokh have involved carrot as well as stick.

In the months after that unrest, the government approved a development plan for Sokh, which is a home to 85,000 people entirely surrounded by Kyrgyzstan, that envisioned the resumption of flights to the mainland and tax breaks.

The reopening of road and air links have not yet happened, however.

Diplomatic developments are notionally holding out some promise of improvements, although there are mixed messages on that front too.

During Kyrgyzstan’s President Sadyr Japarov visit to Tashkent last week, the Kyrgyz government pledged to allow the resumption of air travel to Sokh.

That glimmer of improvement suggested by that opening was dampened on March 15, though, when the head of the Kyrgyz security services, Kamchybek Tashiyev, declared that Uzbekistan would not be granted a corridor to Sokh.

“We have not given a corridor and we will not give it. There were no such words in the speeches of President Sadyr Japarov. [All we promised] was to open a border control point, so that residents of the enclave would be able to move freely,” he said, speaking to residents of the southern region of Batken.