Only one in 10 university applicants is sure of a place. 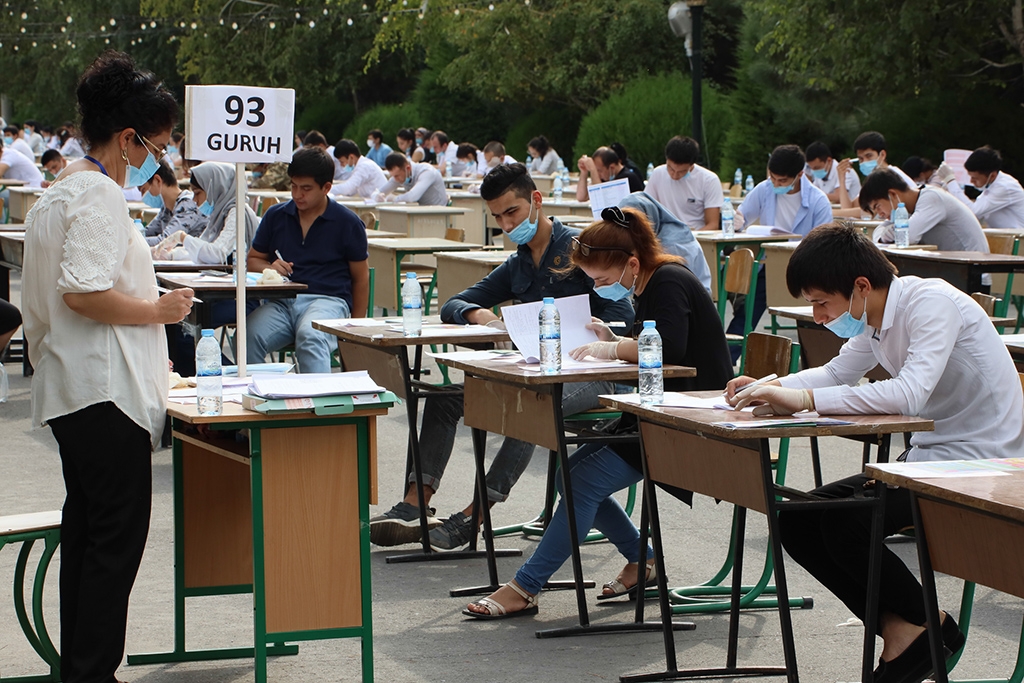 Hundreds of thousands of school-leavers in Uzbekistan began sitting their crucial final exams on September 2, weeks later than normal, and in parks and stadiums as a preventative measure against the spread of COVID-19.

These exams are always an intensely high-pressure milestone for young Uzbeks engaged in fierce competition to win university places. Only around one in 10 applicants is expected to secure a spot this session.

The coronavirus pandemic has only added to the pressure. The exam period normally runs for a couple of weeks from August 1, but was delayed this year because of the epidemiological situation.

Forty stadiums and 25 open-air spaces were set aside for the huge numbers of university applicants. Students had to wear masks and disposable gloves provided by the state exam-setting board and were supposed to be spaced three meters from one another for additional protection.

Exams are being held daily in a pair of three-hour shifts, with the first session starting at 8 a.m. and the second at 5 p.m. Papers consist of 60 questions, varying in accordance to which course applicants are hoping to pursue. It is common for students to fail to complete their papers in time, and increasingly elaborate cheating techniques made possible by the advent of mobile phones have over the years forced invigilators to stiffen their surveillance methods.

The sight of large crowds of people standing outside exam halls is a common site in this period. Many have to travel from their rural homes to sit tests in larger urban centers. Halls are typically guarded by police, and sometimes even by National Guard troops.

Exams will this year run up to September 14.

According to education officials, nearly 1.5 million young people have applied for university places in the 2020/2021 academic year.

This numbers grow every year and the climb has been very steep in recent years. In 2018, the number of university applicants was 675,000. That rose to a little more than 1 million in 2019.

What is even more sought-after than a spot at a local university is going abroad. Russia is a popular destination. Around 26,000 Uzbek students went there in 2019. Smaller numbers enroll at colleges in the West, and Chinese universities are also becoming coveted options.