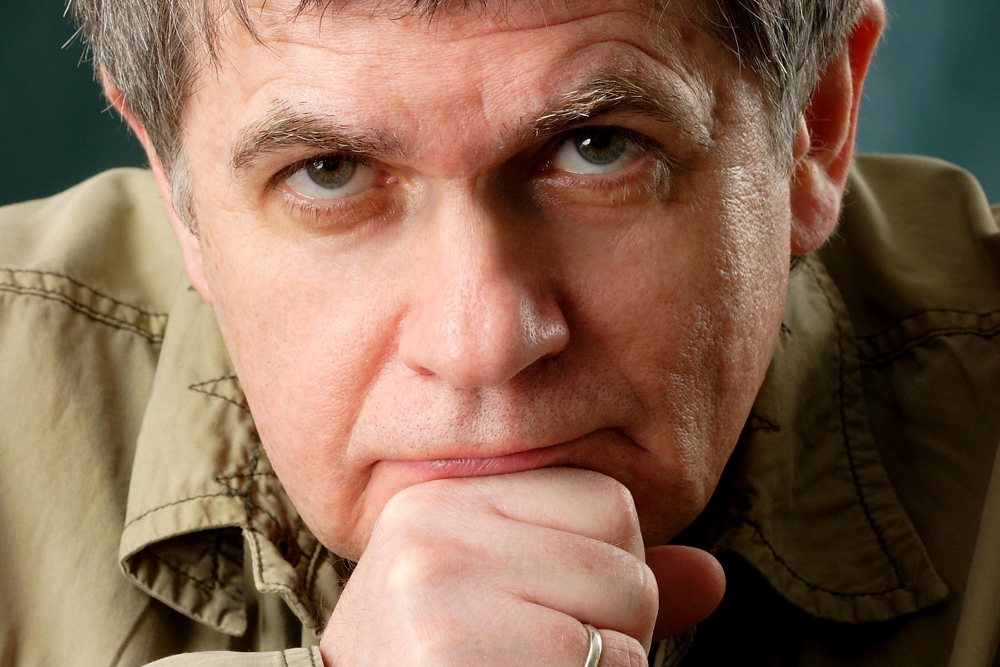 Sex and drugs are not often publicly discussed in Uzbekistan, where the state casts itself as a guardian of traditional values. But even in such a tightly controlled environment, one can occasionally come across an oasis of free expression.

One such oasis is the Ilkhom Theater of Mark Weil, a Tashkent stage with a long tradition of producing alternative works. On a recent evening, an audience was riveted by a show – written by Russian playwright Yuriy Klavdiyev and titled Rain Behind the Wall – exploring the grittier side of urban life. It is a grim story about sexual abuse of males and females in a family wracked by alcoholism and also featuring drug addiction. And if those themes were not heavy enough, the work also touches on the topics of police brutality, corruption, economic hardship, and political disenchantment. The action is set in Russia – but the setting is familiar to audiences anywhere in the former Soviet Union.

Despite flashes of comedy, the performance is grueling for actors and audience members alike. Taking a look at the dark underbelly of society, and raising the unmentionable, is nothing new for the Ilkhom Theater. It has been smashing taboos since its foundation in 1976, a time when then-Communist Party boss Leonid Brezhnev was presiding over the Soviet Union’s Stagnation Era.

The theater was founded by renowned actor and director Mark Weil, who was brutally murdered in 2007 in Tashkent. Three men were tried and received lengthy prison terms in 2010 for Weil’s murder. In the scenario presented by prosecutors, the crime was perpetrated in protest over the portrayal of the Prophet Muhammad in the play Imitating the Koran, a work based on a poem by Alexander Pushkin: it is a hypothesis that many find hard to swallow.

Weil’s colleagues have always believed his general tendency to produce trailblazing works, and his willingness to challenge the status quo, was a major factor in his death at the age of 55. His dissident voice and maverick tastes were thorns in the sides of Soviet-era authorities, and remained so in independent Uzbekistan, where political freedoms are repressed and censorship is tight.

“This was, of course, no tragic accident,” Irina Bharat, Ilkhom’s assistant general manager, told EurasiaNet.org in an interview in the theater’s cheerful coffee bar before a performance. “I don’t think we’ll ever know [the truth].”

Weil was stabbed to death right before the opening of a new season at the theater, recalls Bharat: “He had a dress rehearsal of the show on September 6, and on September 7 we were supposed to open the season. After the rehearsal he went home and he was killed by the entrance to his apartment block.”

Before he died in the hospital, he conveyed a message to the troupe: the show must go on. “I open a new season tomorrow, and everything must happen,” were reportedly his last words.
The actors swiftly opened the 2007/2008 season with Weil’s last production, Oresteia, a Greek tragedy about vengeance and death, going ahead although “absolutely everyone was afraid,” Bharat acknowledged.

Six years on, Weil’s towering presence still looms over the theater, and its survival represents a triumph over adversity.

The award-winning Russian-language theater has gone from strength to strength, continuing to slice through stereotypes and produce shows that examine what are generally off-limits topics in Uzbekistan, including domestic violence and homosexuality, as well as sex and substance abuse.

Elsewhere in Uzbekistan, the government has taken quick action to attack outside influences deemed corrosive to society’s cohesion. In their self-proclaimed capacity as morality police, officials have railed against western imports such as rap music, while frowning upon what they perceive as the influences of cultural imperialism such as Santa Claus and Valentine’s Day.

Bharat says that, despite this repressive environment, the Ilkhom Theater still enjoys total artistic freedom: “There is no censorship in our theater. No one comes and tells us what we can and can’t do.”

Ilkhom’s wide-ranging repertoire goes far beyond provocative performances on contemporary themes. It includes classics from the Uzbek, Russian and western canon. There are works by 15th-century Turkic writer and Uzbek hero Alisher Navoi; by Russian literary giants Chekhov and Pushkin; by western writers like Norway’s Henrik Ibsen and Italy’s Carlo Gozzi; and by writers from Uzbekistan such as the Soviet-era Abdulla Qodiriy, and the modern-day Sukhbat Aflatuni.

Ilkhom receives no state subsidies and generates revenue from sales of tickets and merchandise, from its small cafe, and from foreign donors’ grants. It also runs a theater school and an arthouse cinema club, hosts festivals such as IlkhomRockFest, and stages art exhibitions in its lobby – an important venue for artists in a country where the public modern art is discouraged.

Members of the troupe (numbering about 25 actors plus 25 support staff) call Ilkhom a “home” – for performers and audience alike. But are they not apprehensive about the future? “Of course we look over our shoulders at what could happen to our home, because no-one expected that something like [Weil’s death] could happen to us,” says Bharat. “But on the other hand you can’t be afraid all the time.”

It is Weil’s legacy that keeps driving the theater forward, she says, and “for him, there were no impossible things.” When the performers get together, “the first toast is always for Mark Weil.”