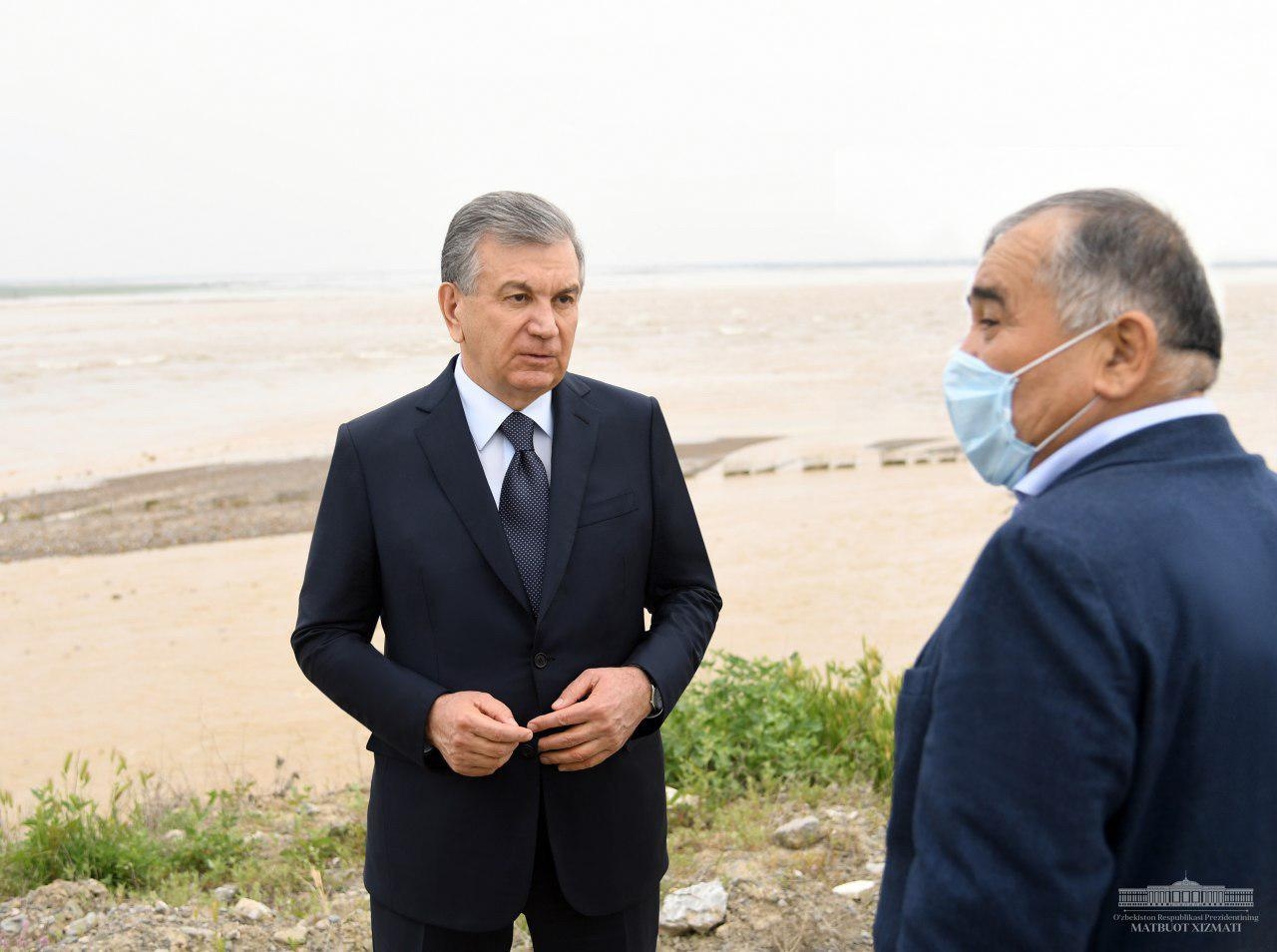 Flood for thought: Mirziyoyev at the site of the dam burst in the Sirdaryo region. (Photo: Presidential press service)

A burst dam in the Uzbeksitan’s Sirdaryo region late last week has flooded thousands of homes and sent water rushing into villages in neighboring Kazakhstan. No fatalities have been reported.

The breach occurred on May 1, just before 6.a.m., when heavy rains and stormy winds caused the Sardoba dam wall to collapse partially. Officials warned that the dam was critically weakened and could crumble altogether, but that workers have been dispatched to shore it up.

The General Prosecutor’s Office said on May 3 that they have filed criminal proceedings over the incident for suspected violations of safety precautions during construction of the Sardoba reservoir, which was completed only three years ago. Investigations are being carried out by the State Security Service.

Emergency services personnel have so far evacuated 70,000 residents to safer ground. Media showed images of helicopters rescuing people trapped on their roofs by the rising water.

Evacuated citizens are being housed in schools and colleges, while some have been taken in by relatives. Although nobody is believed to have died in the flooding, at least 56 people are being treated for injuries at hospitals.

President Shavkat Mirziyoyev flew by helicopter to the scene of the disaster within hours. State television news showed him meeting with residents affected by the flood and inspecting damage at the Sardoba reservoir.

“Not one person will be left uncared for. We will organize places and suitable conditions for people to live, building will begin,” he said in televised remarks.

Officials have said leaks in the dam have been stemmed and more construction material is being dispatched to the scene to ensure the stability of the dam. Overflowing water has been redirected to a lake in the nearby Arnasay district. 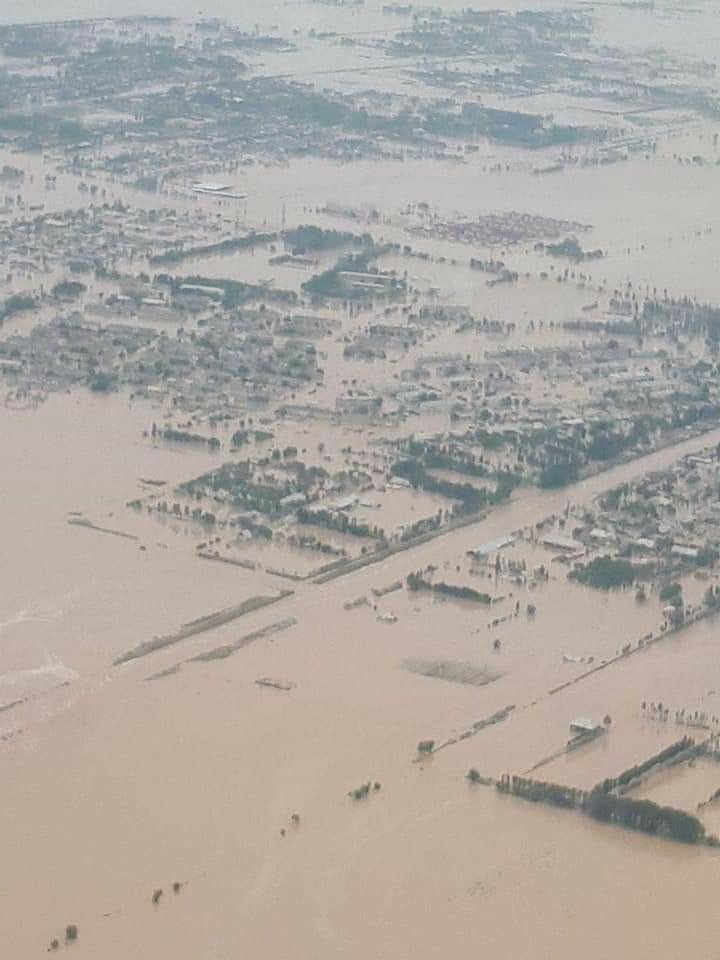 The incident has affected areas as far as Kazakhstan’s Turkestan region, where 5,400 people have been evacuated from their homes, according to the Kazinform news agency. As part of measures intended to minimize the risk of a total collapse of the Sardoba reservoir, regional officials in Sirdaryo gave orders for water to be discharged, which led to that excess water causing overflows at downstream reservoirs in the Maktaaral district of Turkestan region.

Sardoba reservoir is 29 meters deep and designed to hold up to 922 million cubic meters of water. Construction began in 2010 during the rule of the late President Islam Karimov, but oversight for the project was entrusted to Mirziyoyev, who was then the prime minister. The project was completed in 2017.

In May 2017, Uzbek state television broadcast reports of Mirziyoyev visiting the soon-to-be-completed reservoir and inspecting the works from a boat.

The reservoir was intended to provide irrigation to farms in the Sirdaryo region, but there were also many other plans for the infrastructure.

The government had intended to develop a fishing industry there.

And at the end of April, construction had started on a small hydroelectric power station being funded with $23.6 million in loans from Russian lender Roseximbank. That plant was to be completed by 2022.

Rains and winds had buffeted the Sirdaryo and Jizzakh regions for the best part of a week. On April 30, two children, a girl and a boy, born in 2006 and 2011, respectively, were killed when they were carried away by a mudflow as they were crossing a bridge on their way to the store.

The flooding has occurred just as Uzbekistan’s health and emergency response structures are under the strain of coping with the COVID-19 outbreak. That crisis, however, appears to be under relative control, going by official figures.

The Health Ministry said on May 3 that they had detected nine new cases of the coronavirus, taking the total number of cases to date to 2,127. More than half of that number is said to have recovered.