The party has sustained considerable harassment since it was formed. 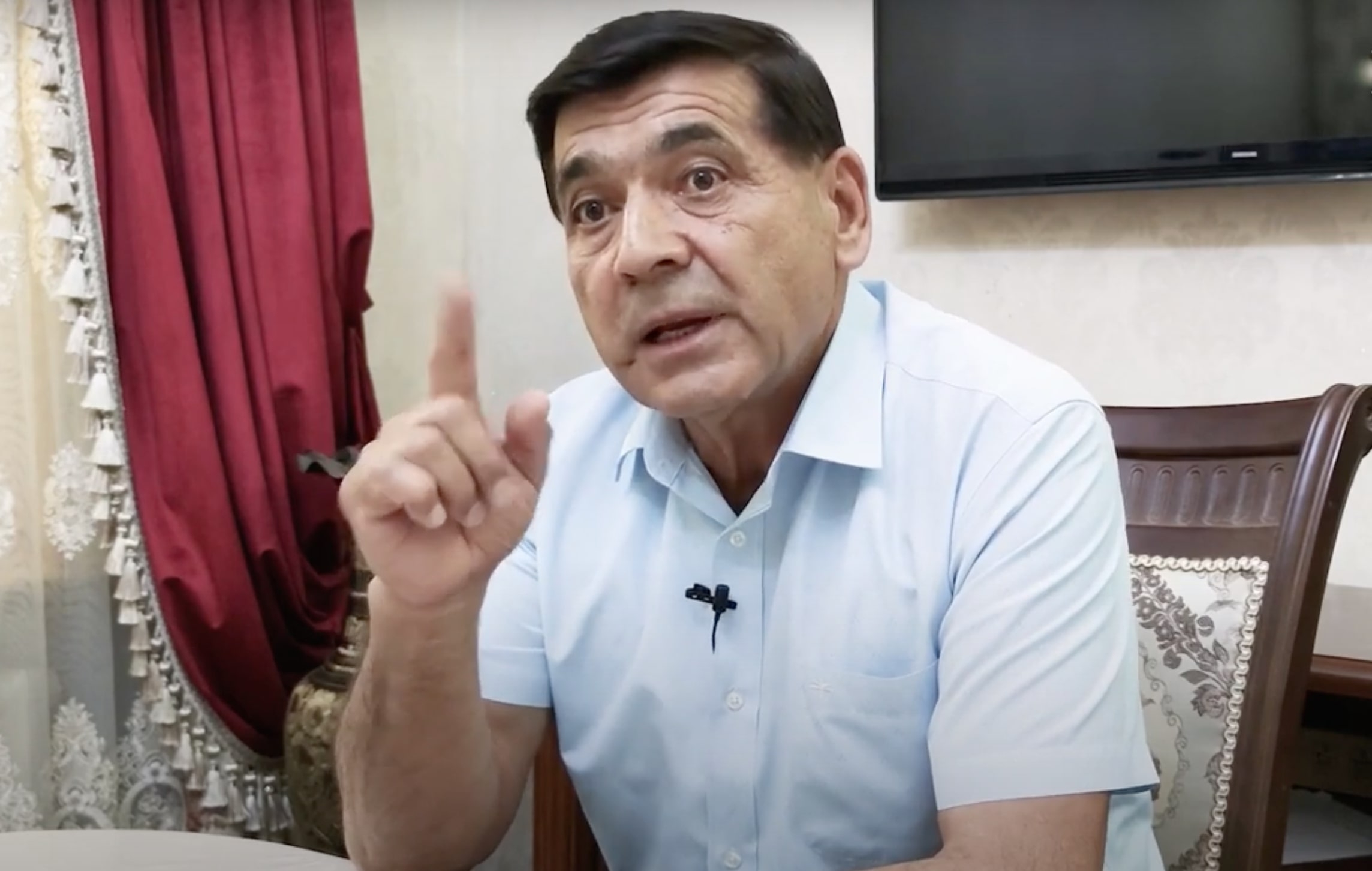 Allakulov speaking in an interview posted on the Truth and Progress YouTube channel.

Uzbekistan’s Justice Ministry announced on June 21 that it had denied registration to a recently formed opposition party, thereby again dashing hopes that the country might be pursuing political liberalization.

Officials said the Truth and Progress party had failed to collect the 20,000 signatures legally required for registration. Under Uzbek election laws, those endorsements need to be gathered from the country’s eight regions and the capital, Tashkent.

“Only 9,873 signatures were collected,” the ministry said. “On this basis, the state registration of [Truth and Progress] has not been approved.”

Truth and Progress ("Hakikat va Tarakkiyot" in Uzbek) was set up by former university lecturer Khidirnazar Allakulov and has been trying to rally support amid sustained harassment from the authorities.

In February, on a day Allakulov was due to preside over a congress for the party, he was detained by law enforcement officers and immediately transported to the Ferghana Valley city of Andijan for questioning. He was later released. News website Eltuz reported at the time that Allakulov’s Tashkent apartment had been besieged by dozens of National Guards troops at around 9 a.m. on February 26.

Truth and Progress has complained that it has struggled to find venues for public gatherings as a result of pressure from the authorities.

RFE/RL’s Uzbek service, Radio Ozodlik, reported on June 21 that law enforcement officials are holding meetings with college students all over the country and urging them to refrain from joining newly created political parties – a clear reference to Truth and Progress. Ozodlik said it spoke to students in the Surkhandaryo, Khorezm and Bukhara regions who said that they were told that Truth and Progress and another longer-standing, unregistered political group, Erk, “were misinforming the public with destructive ideas.”

In Surkhandaryo, students of Termez State University, of which Allakulov was once a rector, were instructed to disseminate these same criticisms among their peer groups, Ozodlik reported.

Allakulov has a minor public profile in Uzbekistan, but his activities have still somehow managed to trouble the ruling regime. He first announced news of the creation of his Truth and Progress party in June 2020 and said that he intended to run for presidential elections scheduled for this coming October.

Allakulov is an economist by training and served as rector of Termez State University from 2002 to 2004. He was pushed out of that position in 2004 over what is said to have been a run-in with the state security services. He claims that he had been trying to root out the corruption running rampant in the university.

The Justice Ministry is assigning its refusal to register Truth and Progress to purely technical matters, though. It said in its statement that it has received petitions from more than 2,200 citizens requesting that their names be removed from the list supporting the party’s registration.

“This was because the aforementioned signatures were collected for various reasons unrelated to the formation of the party,” the ministry stated.

Allakulov and his Truth and Progress are not the only ones facing what looks like a coordinated campaign of intimidation.

In January, the well-known singer Jahongir Otajonov announced on Instagram that he aspired to one day lead the country, sparking speculation that he might stand in this year’s presidential elections.

Last month, the Erk party announced it was backing Otajonov as its candidate. On May 26, the day that Otajonov was meeting at his home with Erk representatives to approve his candidacy, the premises were mobbed by an aggressive group of around 20 screaming men and women.

“I believe that such attacks cannot be carried out without permission from above,” Erk party activist Bakhtiyor Isabekov told Ozodlik.

Although Mirziyoyev is utterly guaranteed to romp to a landslide in October’s election, reliance on both formal and informal methods to cow his critics are indicative of the ruling elite’s anxieties over the public discontent fueled by the hardships caused in large part by the COVID-19 pandemic.

The World Bank has estimated that Uzbekistan’s economy grew by a comparatively modest 1.6 percent in 2020 – a considerable decrease on the 5.8 percent growth seen in 2019 – because of COVID-19-induced lockdowns and disruptions to trade.

“The number of people living in poverty … has increased during the pandemic to 9 percent of the population (well above the pre-crisis projection of 7.4 percent in 2020), as the pandemic led to job losses, income reductions, and declining remittances. Nearly 1 million people dropped below the poverty line last year,” the bank said in its summary of Uzbekistan’s economic performance for the year.

With data like that, it is no surprise there is little stomach for naysayers.