Restrictive rules banning the independent practice of religion are still in force. 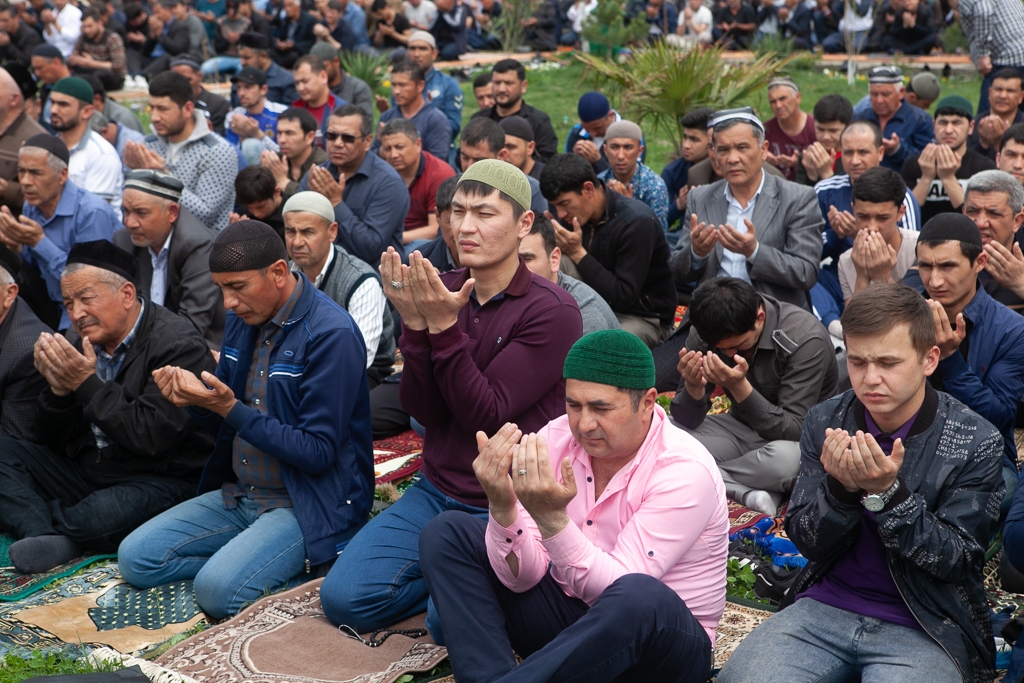 Uzbekistan has adopted a new law on religion that affords some marginal concessions but mostly leaves restrictions in place, much to the dismay of faith advocacy groups.

Among the more contentious areas covered in the legislation signed by President Shavkat Mirziyoyev on July 5 is that concerning the right to wear religious clothing.

The new-look Religion Law discontinues a widely disregarded provision forbidding anybody not registered as a cleric from appearing in public wearing such clothes.

State entities, which can include offices or universities, still retain the right to enforce a dress code, however. How this norm will be enforced with regard, for example, to women adopting Islamic headwear will be closely watched by a public increasingly alive to debates around this issue.

Another section of the new law will nominally simplify the process of registering religious organizations and places of worship. This procedure once required an initiative to be undersigned by 100 founders, but that number has now been halved. Critics say, though, that fiddly requirements have been slipped in to make the process complicated all the same.

Strict rules remain in place in regard to religious education. Pursuing religious studies is possible only after graduating from high school. Schools and universities will continue not to have faith studies included in their curriculum.

This is a sore point for the ever-growing number of people wishing to instill their children with Islamic doctrines from a young age. Since around 2017, many clandestine religious classes have been detected and broken up by law enforcement bodies. The state jealously guards its exclusive prerogative over imparting religious values to the public – a position that the newly adopted law defends.

Forum 18, a Danish-registered religious freedoms advocacy group, has criticized the Religion Law approved by Mirziyoyev, saying that it retains too many of the earlier standing restrictions, in defiance of international human rights charters to which Uzbekistan has committed in principle.

The group said its concerns about bans on the exercise and teaching of religious beliefs without state sanction and the sharing of beliefs, as well as tight censorship over religious literature were echoed by a number of international bodies, including the United Nations, the Organization for Security and Cooperation in Europe, and the Council of Europe Venice Commission.

Complaints center on points that have been billed as signs of progress.

“Although the Religion Law reduces the number of adult citizens required to apply for a community to be allowed by the regime to exist from the current 100 founders to 50, it adds an extra restriction requiring all founders to live in one city or district,” Forum 18 noted.

Another criticism of the legislation was not so much its content, but how it was adopted without serious public scrutiny.

“The drafting and adoption of the new Religion Law took place almost entirely in secret, with only infrequent public announcements of progress,” Forum 18 complained.

Even though the draft law was posted online last August for public discussion, it was not made clear how or when ordinary members of the public were to provide their feedback.

“The state wants total control and even discussion of the Religion Law is in secret,” one unnamed human rights defender told Forum 18. “This breeds extremism.”

Although legislation may not meet the hopes of those wishing for greater religious freedom, others are satisfied that things are improving in the day to day. Between 2006 and 2017, Uzbekistan was listed among the U.S. State Department’s countries of particular concern for lack of religious liberties. The country was held on a so-called Special Watch List in 2018 and 2019. A further upgrade followed last year.

As far as religious education goes, the authorities are pinning their hopes on the pious being placated by initiatives like the newly created Islam-themed television station Hidoyat Sari (Guidance toward the path of truth). The online channel, which began broadcasting on July 7, is described by its creators as educational and a platform for disseminating definitive positions on Islam.

“The channel will show programs that have been subjected to expert and religious analysis to ensure the exclusion of all kinds of alternative interpretations,” Alisher Khadjayev, the head of the National Television and Radio Company of Uzbekistan, wrote on his Facebook page.

Hidoyat Sari will also include content telling young people about the dangers of falling under the sway of religious currents promoting terrorism and extremism, or even “popular culture,” Khadjayev wrote.