Uzbekistan: Does Tashkent Use an Afghan Supply Route to Tweak Russia? 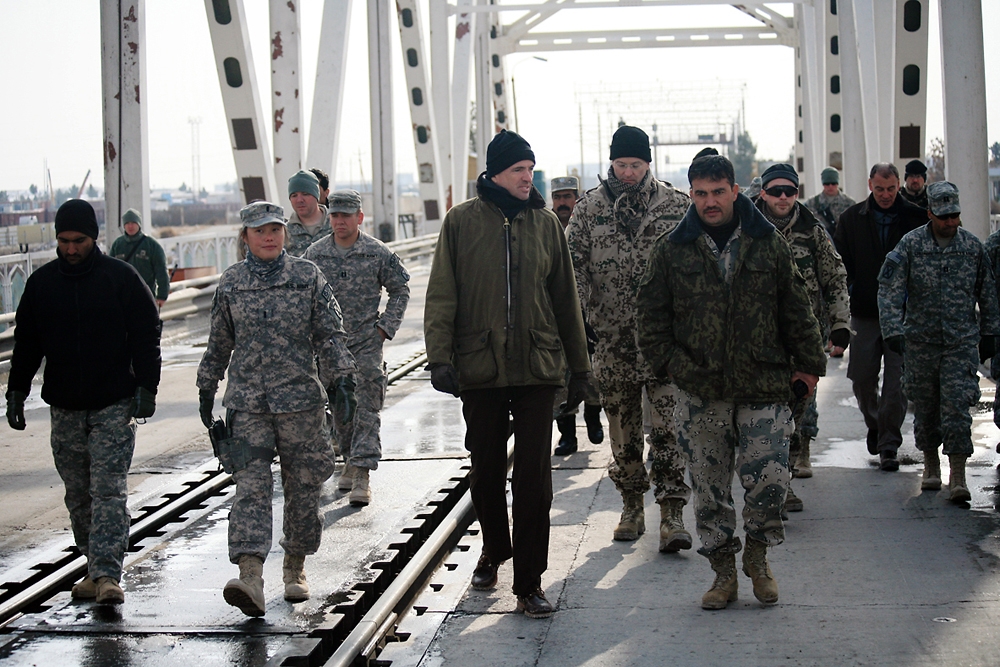 The rail bridge connecting Uzbekistan and Afghanistan is a key link in the NDN. (Photo: US Navy/MC2 Jason Johnston)

Uzbekistan’s desire to keep the Kremlin at bay appears to influence its participation in the Northern Distribution Network, a major supply line for the Afghan war effort.

Diplomatic cables prepared by the US Embassy in Tashkent in 2009, and released by Wikileaks, suggest Uzbek President Islam Karimov’s administration was eager to use the NDN to demonstrate the Central Asian nation’s independence from Russia. One cable revealed that on the eve of a December 2009 visit to Tashkent by Russian Foreign Minister Sergei Lavrov, Uzbek officials reached out to the United States, offering to make an airfield outside the border city of Termez available to American military planes.

“It is possible that the Uzbek proposal to allow us to use Termez is intended as much to signal Tashkent's displeasure with Moscow as it is to make a genuine offer to the United States,” said a cable, dated December 23, 2009. US officials ended up not taking Tashkent up on its offer, primarily due to concern that American military flights in and out of Termez would interfere with German operations there. The Bundeswehr maintains a base at Termez.

The cables also make it clear that Tashkent sees the NDN as a lifeline that can help keep the country’s struggling economy afloat. Among Tashkent’s demands for its participation in NDN was a guarantee of at least $100 million in local procurement. “The [Government of Uzbekistan], from President Karimov down to the lowest level, wants NDN through Uzbekistan to succeed,” one American diplomatic cable, dated August 14, 2009, stated.

The Pentagon put the NDN together in early 2009 to diversify its supply options for the Afghan conflict. The Central Asian transit route is far more secure than a supply line via Pakistan. NDN allows supplies originating in Europe to travel via land and air, across Russia and Kazakhstan, to Uzbekistan. The Termez-Hairaton rail node along the Uzbek-Afghan border serves as the primary hub for supplies heading into Afghanistan.

The release of the most recent batch of cables by Wikileaks coincides with an Obama administration effort to lift a restriction on US assistance to Uzbekistan that is linked to Tashkent’s poor rights record. Under a provision adopted in 2004, the US secretary of state needs to certify that Tashkent is making “substantial and continuing progress” on democratization commitments outlined in a bilateral agreement signed in 2002. Administration officials are reportedly lobbying congress to allow the secretary of state to waive the certification requirement when considering aid programs for Uzbekistan.

A statement issued September 7 by Human Rights Watch urged the Republican-controlled House of Representatives to preserve the existing arrangement. “For the United States to lift its restrictions now would be an enormous gift to one of the most repressive governments in Central Asia,” the HRW statement quoted Hugh Williamson, the organization’s Europe and Central Asia director, as saying. “In the midst of the Arab Spring, the administration should have learned that downplaying human rights with abusive allies is not only harmful for the population affected, but damages the United States’ interests and reputation over the long-term.”

The advent of NDN was a diplomatic boon for US-Uzbek relations, which went into a tailspin following the Andijan events of 2005, when Uzbek security forces gunned down hundreds of unarmed protesters.

“NDN is the concept that has provided us the opening to broaden our relationship with Uzbekistan,” the August 14, 2009, US Embassy cable said.

The cables put American diplomatic cynicism on full display. In order to keep Uzbekistan a happy participant in NDN, US Embassy cables stressed a need to downplay the fact that Tashkent is one of the world’s most notorious abusers of human rights. US diplomats appeared intent on creating an appearance of concern about rights issues, rather than substantively pressing for democratization improvements.

“Our challenge is to keep forward progress on these [rights] issues that is sufficient to relieve the periodic pressure from some quarters to take a harder line on Uzbekistan,” the August 14, 2009 cable stated.

A cable dated October 15, 2009, suggests that American diplomats let Uzbek authorities dictate the agenda of Annual Bilateral Consultations (ABC) that were attended by US Assistant-Secretary for South and Central Asian Affairs Robert Blake. The cable explains, “[Uzbek Foreign Minister Vladimir] Norov suggested that A/S Blake should not raise the issues of child labor, religious freedom or the status of [non-governmental organizations] NGOs in Uzbekistan with President Karimov.”

“The key here is to work these issues into the agenda without making specific references to them, which we believe is achievable and will serve US interests,” the cable added. Concerns about human rights were aired during a meeting between Blake and Uzbek officials, the cable noted, but the discussion occurred behind closed doors.