The challenge for parties allowed to compete was not winning, but living up to new expectations. 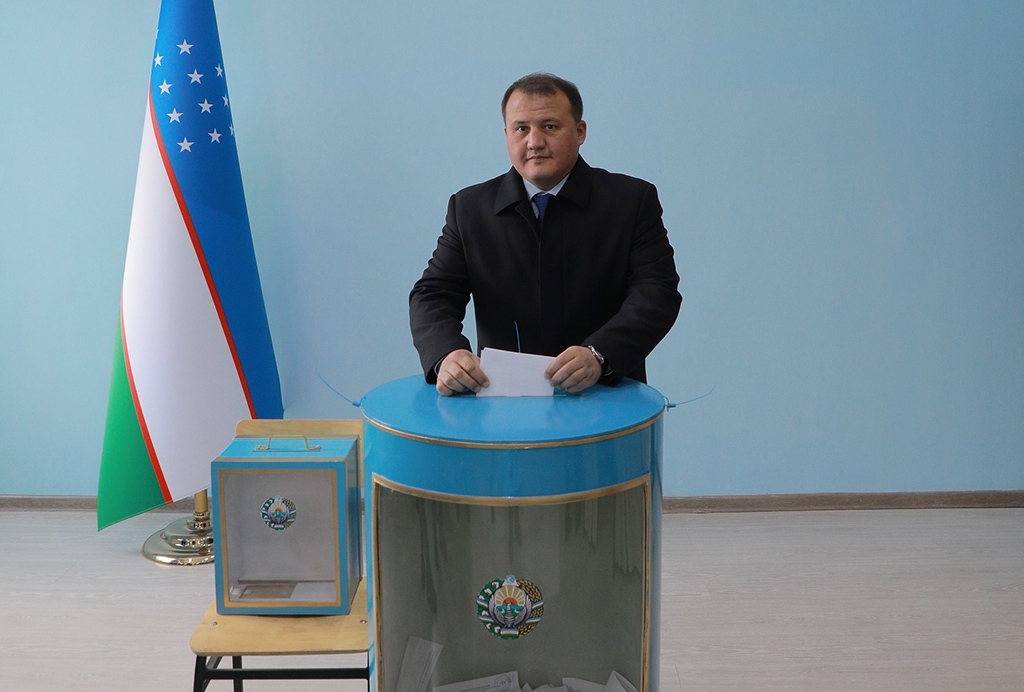 Uzbekistan has now voted in a parliamentary election that the government and the international community alike hailed as an opportunity to bolster the country’s tentative embrace of democracy.

For all that enthusiasm, early results suggest the next legislature could be a near-facsimile of the one it’s replacing. Even champions of the process concede this was, at best, a practice run for the real thing.

Five blocs were represented in parliament before. The same quintet will be there for the coming half-decade.

A provisional count of ballots from the December 22 contest showed President Shavkat Mirziyoyev’s Liberal Democratic Party, or UzLiDeP, getting at least 43 out of the 150 seats, thereby retaining its pole position. Milliy Tiklanish held onto its second-place spot with 35 seats.

The Social Democratic Party, or Adolat, won 21 seats, the People’s Democratic Party got 18, and the Ecological Party, which used to be allocated 15 deputies by default, came in last with 11 seats.

Another 22 seats are due to go to runoff contests early next year. The same happened in the last election, in 2014, so nothing new there.

Given the conditions, no surprises could realistically have been expected.

“The Uzbek vote happened in a political context clearly demarcated by the regime. Five parties carefully selected with the exclusion of independent voices,” Luca Anceschi, lecturer in Central Asian Studies at the University of Glasgow, told Eurasianet while visiting Tashkent, where he has been following the election.

Anceschi added, however, that fixating on the results would risk missing the point.

“Uzbek citizens who cared about the elections – at least those whom I spoke to – did so not for participating in an exercise of authoritarian mobilization, but because they believed in the rhetoric of change coming from the government,” he said.

A recurrent leitmotif of the elections has been the low visibility of candidates. Posters advertising the fact of the vote were ubiquitous. Reminders to go vote were piped into public transportation announcements systems and broadcast incessantly on state media. But for all that, few people knew the name of the person for whom they were voting – a matter of no small importance under Uzbekistan’s single-mandate system.

Members of the public quizzed by Eurasianet at polling stations instead stuck to voicing broader aspirations.

“I voted for our democracy. For the future of our country,” said Shukhrat Abdurakhmanov, a 61-year-old retiree in Tashkent. “What I expect from our new parliament is that the MPs feel a sense of responsibility for their words and the promises they have made to the voters.”

Abdurakhmanov talked about the rising cost of staple groceries and stagnant pensions as particular areas of concern. The expectation is that even though the parliament may look similar, the people in it will now behave differently from how they did before.

“Members of parliament and local councils should meet regularly with the voters. And this should not be on paper, but in reality,” Abdurakhmanov said.

Farhad Kurbanbayev, a political analyst in Tashkent, spoke in glowing terms about the elections, describing them as a stride toward real democracy, although even he admitted a certain performative quality to what happened over the weekend.

“We are learning. Children too play to begin with. That way they learn how to cope with real life,” Kurbanbayev told Eurasianet. “Our parties debated with one another for real. Fighting for electors – that is something we did not see in previous elections.”

The live televised election debates were indeed something of a highlight in this election.

The preliminary post-vote report issued by the Organization for Security and Cooperation in Europe’s election-monitoring body, known by its initials ODIHR, sought to temper the excess optimism by peppering its findings with caveats, however.

“The campaign took place in an environment characterized by increased assertion of and tolerance by the authorities for freedom of expression,” it noted, before adding that “legal restrictions on this and other fundamental freedoms persisted.”

Candidates could not to all practical intents and purposes hold the kinds of mass rallies typically seen in livelier democracies.

And as the OSCE’s vote monitors found, “it was not until a late stage of the campaign that journalists in traditional media began to appraise party [programs].”

As for the procedural aspect of voting day, the verdict was middling to bad.

“The voting process was assessed negatively in 14 percent of the polling stations observed,” ODIHR noted in its report. “Voting was conducted in a calm environment, but serious irregularities tarnished the process as voters were allowed to vote without identification documents, many voted with multiple ballots and on behalf of others, and voters were registered on election day without applying the required checks.”

But even as the composition of the new parliament suggests that the authorities may not be quite ready for a cardinal transformation in the formal political order, there is little stopping broader social changes.

“It seems to me that this legislature is going to come under very close scrutiny, thanks to the press and social media,” said Viktor Mikhailov, an analyst based in Tashkent. “They will not be allowed to sit out their term just like that.”

The mandate that MPs have been given is not unambiguous. Seats have been distributed relatively evenly across an ostensibly broad ideological spectrum – ranging from the notionally free-marketing, entrepreneurial ethos of UzLiDeP to the more obvious left-of-center Adolat and the People’s Democratic Party. But some of the exhortations coming from voters are more categorical and cut across party lines.

“When they work, deputies and government officials should base their decisions on the needs and aspirations of citizens in their region or districts,” Abror Kurbonmuratov, a 29-year-old university undergraduate in the southern city of Termez. “MPs should not be the puppets of regional leaders. They must be independent. Doing things in public and openly will enable our society to develop.”