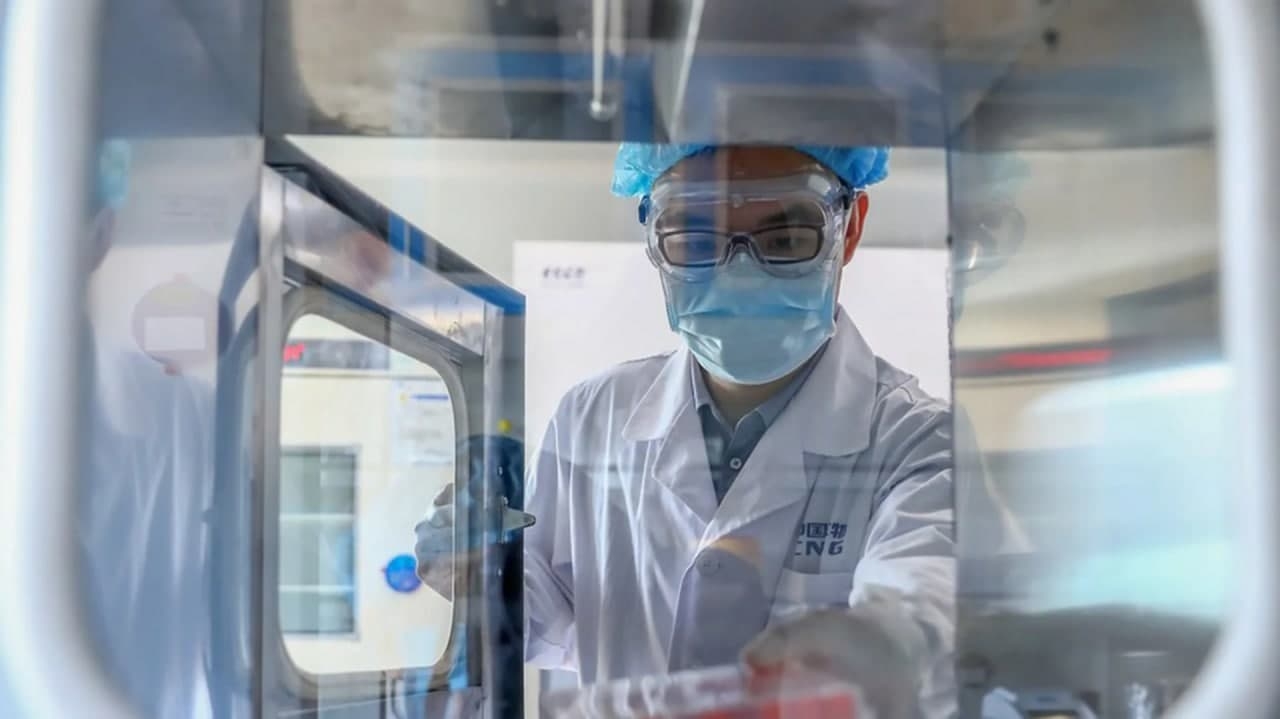 Raring to go: The Sino-Uzbek vaccine is said to be easy to store. (Photo: Pharmaceutical Industry Development Agency)

Uzbekistan is embarking on a mass coronavirus inoculation campaign with a vaccine that is still months away from completing its third stage of tests.

Millions are being offered the option of getting a jab for free, but it is far from clear how many will be eager. And the fact that life largely returned to normal a long time ago may rob the drive of a sense of urgency.

Meanwhile, China and Russia are vying to get as much praise as possible for making vaccination possible in the first place.

Local news outlets on March 1 trumpeted the news of the certification of Uzbekistan’s own home-grown vaccine. This might be something of an overstatement, though.

The vaccine has in reality largely been developed by China’s Zhifei Longcom Biopharmaceutical, and some of the crucial third-stage testing is taking place in Uzbekistan. It appears to be on that basis that the resulting vaccine has earned the local brand name of ZF-UZ-VAC 2001.

Health officials said on March 1 that 4.1 million people will get their jab free of charge in the first round of vaccinations. That is equal to more than one-tenth of the population. It is uncertain how long this stage will take to complete.

Categories eligible for the initial round will comprise people aged 65 and over, medical workers, people suffering from chronic medical conditions, schoolteachers, and law enforcement and military personnel.

While the Uzbek government has tried to give its inoculation initiative a patriotic booster by planting its flag on ZF-UZ-VAC 2001, China’s propaganda machine is also trying to ensure Beijing gets its fair share of the plaudits.

Several Uzbeks interviewed for a feature by state-run Xinhua news agency about the Chinese-led vaccine development program gushed with praise.

"The development and start of trials of a Chinese vaccine, including in Uzbekistan, gave hope to many,” Nargis Kosimova, a lecturer at the Uzbekistan State University of World Languages, told Xinhua. “I think that the Chinese vaccine is of high quality. If our government decided to buy this vaccine, I would support that.”

It is probably safe to assume that Kosimova would not have been included in the article had she not supported Chinese vaccines. Indeed, nobody featured in the Xinhua article expresses anything short of full-blown enthusiasm.

Murodzhon Sadullayev, a volunteer who took part in test trials for the Sino-Uzbek vaccine, was another keen interviewee.

“I wish to express my deep gratitude to the Chinese specialists who developed this vaccine, as well as to the Chinese doctors who have been so helpful in ensuring the safety of the Uzbek people and our overall victory over the coronavirus,” he told Xinhua.

The job of hard-selling ZF-UZ-VAC 2001 in Uzbekistan has been done by Shahlo Turdikulova, the first Deputy Minister for Innovative Development. She has said that 7,000 people in Uzbekistan took part in the third stage of trials and that results showed the vaccine to be more than 99 percent safe. She has not, in her public statements, indicated what categories of people would potentially be exposed to the risk implied by that figure.

According to RFE/RL’s Uzbek service, Radio Ozodlik, third-stage testing on ZF-UZ-VAC 2001 is only expected to be fully completed by May – a fact that the government does not advertise.

Unlike most of the best-known vaccines developed to date, ZF-UZ-VAC 2001 could require up to three jabs to reach peak effectiveness. Of all the people tested in Uzbekistan, more than 4,400 have only received two injections. As of March 2, around 300 people had got the third jab.

Then again, Turdikulova is bullish about even a two-dose approach.

“If we talk about the effectiveness of the vaccine, its immunogenicity is 97 percent. The level of antibody production after the second dose increased 11 times,” she said.

One significant stated advantage of ZF-UZ-VAC 2001 is that it can be stored in a regular refrigerator and does not, for example, need the minus-70 degree Celsius storage conditions required by Pfizer's shots.

But where will all these millions of doses come from? There is something of a question mark on this matter. For the foreseeable future, the vials will probably have to be delivered from China.

As Radio Ozodlik reported on February 25, negotiations were still ongoing over having the Chinese-developed vaccine produced in Uzbekistan itself. A company in Tashkent called Jurabek Laboratories is said to be exploring the possibility of producing ZF-UZ-VAC 2001.

Russia is eager not to be left out of the goodwill party. Its Sputnik V is also envisioned as playing a big role in the mass inoculation campaign.

Foreign Minister Sergei Lavrov said on March 2 that Russia is considering the option of allowing Uzbekistan to produce Sputnik V under license. Lavrov made his remarks during a visit to Moscow from Uzbek Foreign Minister Abdulaziz Komilov.

A government commission on February 17 gave Russia approval to begin the process of certifying Sputnik V in Uzbekistan, but no announcement has been made as of yet.

And that isn’t all. Dilorom Tursunova, a vaccines expert at the Sanitary and Epidemiological Surveillance and Public Health Service, says there are also plans for Uzbekistan to take receipt of 2.6 million doses of the AstraZeneca jab. It is unknown when that might happen.

If all goes to plan and the vaccines prove as effective as is being promised, Uzbekistan might be in relatively good shape by the second half of the year.

The only possible fly in the ointment might be resistance to taking the vaccines. There is scant understanding of public sentiment on the subject, but Uzbekistan is no stranger to grassroots skepticism-boosting.

Deputy Prime Minister Behzod Musayev appeared to hint at this fact when he told reporters late last month that nobody would be penalized for refusing to accept the jab.

“If a person does not want the vaccination, no measures will be taken against them,” he said in remarks broadcast on UzReport TV station.

Experience in neighboring Kazakhstan, where some medics have faced censure and threats of dismissal for rejecting the jab, suggests such liberal sentiments may not reflect realities on the ground, however.

Musayev said the proper approach would instead be to educate the public about the usefulness of getting the vaccination.

The case for this has been somewhat weakened, though, by the almost total reversion to normality in daily life across Uzbekistan. Social distancing guidelines have mostly been forgotten and mask-wearing, even indoors, is a decidedly minority pursuit. Many stores and cafes still carry signs at the door forbidding entry to people not wearing masks, but this injunction is usually disregarded by customers and staff alike.