Yusupov was denied medication for his long-standing mental illness and deprived of access to his family while on trial. 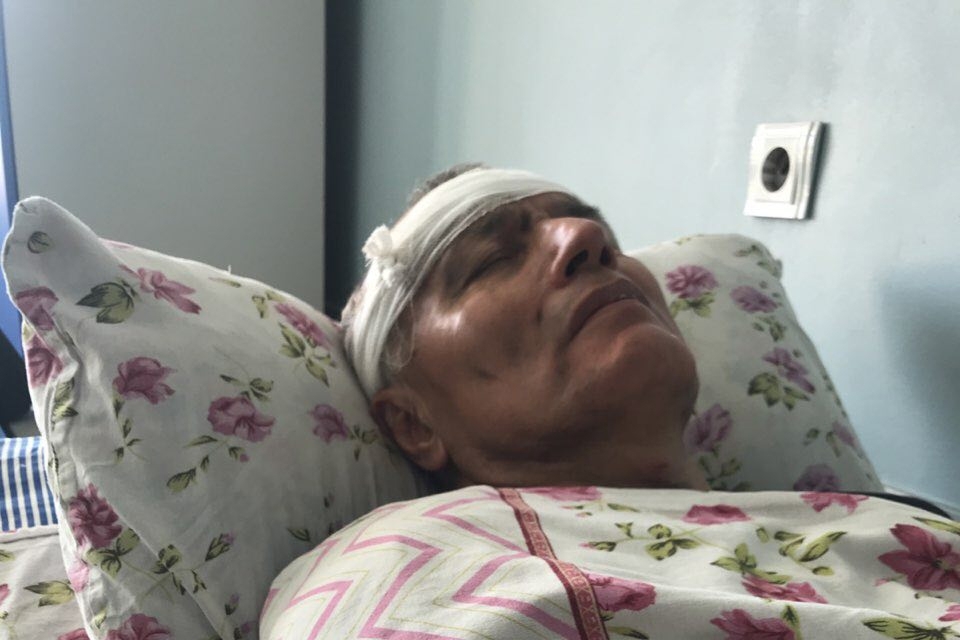 A military court in Uzbekistan has sentenced a veteran former diplomat with a history of severe mental illness to more than five years in prison on charges of treason, thereby bringing a close to a tortuous and repeatedly delayed trial.

The outcome of this highly secretive process, which saw relatives of the defendant intimidated for reaching out to foreign media and diplomats, is likely to cast fresh doubt on Uzbekistan’s stated commitment to democratic and legal reform.

The Supreme Court said in a statement on the Military Court ruling on January 9 that the crimes allegedly committed by Kadyr Yusupov, 67, a former Uzbek deputy ambassador to the United Kingdom who retired from public service a decade ago, posed a danger to society. Details of the charges have not been made public and the entire trial was held behind closed doors.

Prosecutors had asked for an eight-year prison sentence. In the end, the court ruled he should serve five years and six months in prison, including time served.

Yusupov’s relatives have said they will appeal.

“We insist that our father is not guilty,” Yusupov’s son, Temur, told Eurasianet from Tashkent. “Not a shred of evidence has been provided against him. No witness has testified to what they are accusing him of.”

Cases deemed to concern national security in Uzbekistan are as a rule shrouded by intense secrecy, and this trial was no exception. Yusupov’s family have been exceptionally vocal, however, and worked to get the word out since the former diplomat was initially arrested in December 2018 at the behest of the State Security Service, a successor agency to the KGB.

This final ruling had been repeatedly postponed for reasons that the authorities have never sought to explain. The trial began in June and had to all intents and purposes wrapped by October. Yusupov’s family were on multiple occasions given to understand that a verdict was imminent, only for the date to be pushed back. Over that whole time, Yusupov has had barely any communication with his family.

“Today for the first time in nearly 400 days we were allowed to speak to our father through a cage in the courtroom,” Temur Yusupov wrote on Twitter. “He lost weight and aged but is still remaining hopeful and thankful for all the support.”

Steve Swerdlow, a human rights lawyer and Central Asia expert, said the conviction served as a “reminder that reforms in Uzbekistan haven’t reached the powerful security services, including their outsize influence on the court system.”

Yusupov first came to the attention of the security services on December 3, 2018, after he attempted to commit suicide by throwing himself under a train in the metro system of the Uzbek capital, Tashkent. Prior to that suicide attempt, Yusupov had sent a message to his children indicating that he was struggling to cope with the stresses of his decades-long battle with schizophrenia.

While still reeling from an intense depressive episode and receiving urgent medical treatment in the hospital, Yusupov, who retired from diplomatic service in 2009, was interrogated by security service agents. Speaking to his son Temur, Yusupov later that same day claimed he had been spying for an unspecified Western government in return for a monthly $1,000 retainer.

“My father was clearly not in his mind. If he wasn’t thinking straight before the incident, he wasn’t thinking better after it happened,” Temur told Eurasianet in an interview in June 2018. “I think those interrogations led to the point where they basically broke him down and then sort of forced him to confess in my presence.”

In the months that followed, Yusupov was deprived of medication for his long-diagnosed mental illness and denied the right to appoint his own lawyer.

This treatment has been described as tantamount to a form of torture.

“Today’s conviction calls into question the government’s commitment to criminal justice reform as it wholly ignores the president’s November 2017 anti-torture decree and a published report by the UN Committee against Torture in November which raised serious concerns about Yusupov’s ongoing detention,” Swerdlow told Eurasianet. “If authorities want to show a real commitment to reform, they should meaningfully investigate the serious due process and torture allegations raised in this case.”