Uzbekistan Filmgoers Get to See Death of Stalin. For Free 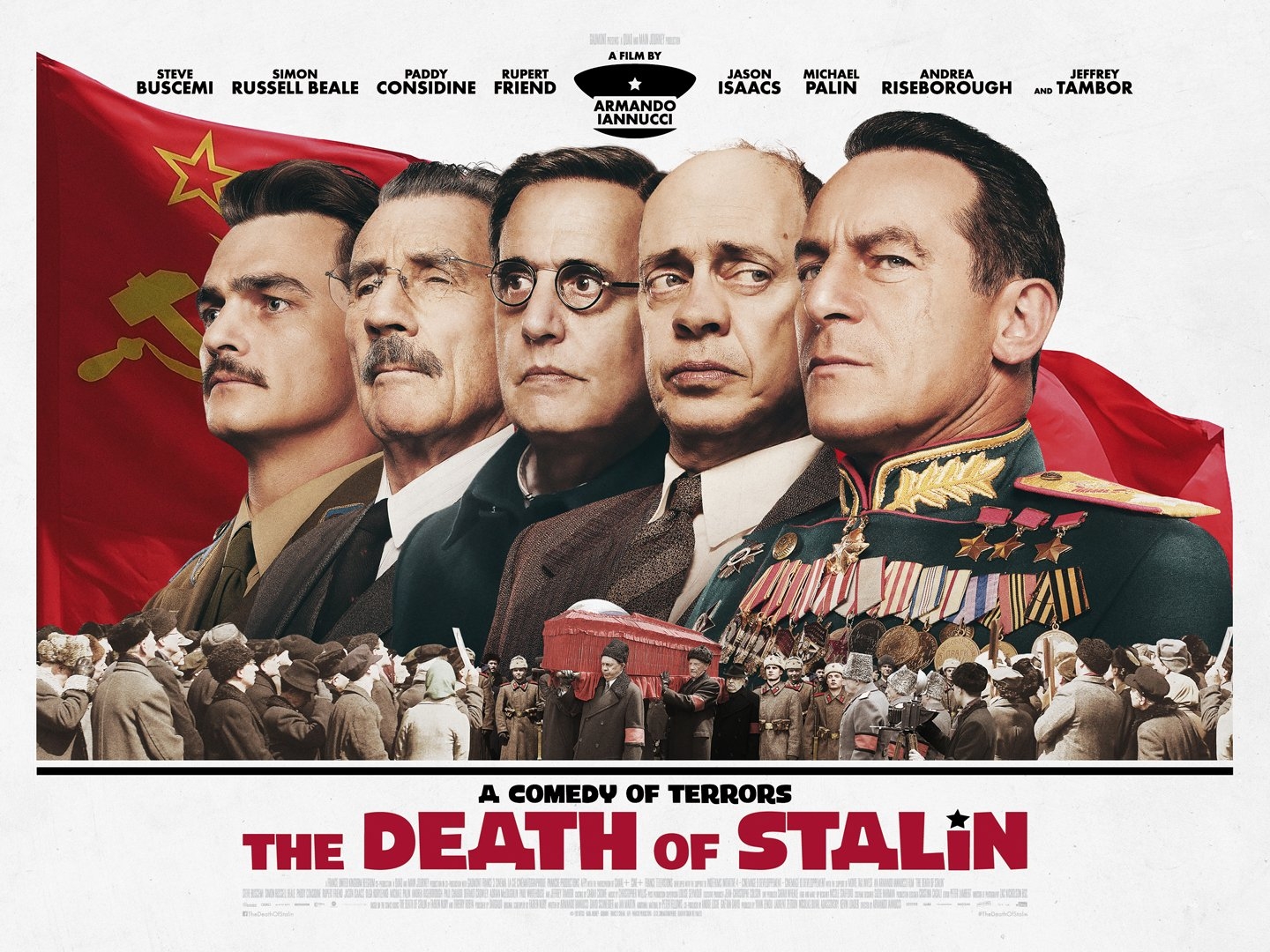 The Death of Stalin publicity poster.

In a sublime feat of Russia-trolling, a theater in Uzbekistan is marking the 65th anniversary of Soviet dictator Josef Stalin’s death with a showing of hit comedy “The Death of Stalin” — and allowing viewers in for free to boot.

The movie has been banned in Russia, where officials have grumbled over what they argue is an insufficiently reverential account of the days that followed the passing of one of history’s most notorious mass murderers.

The 150-seat Ilkhom theater in Tashkent says it plans to go ahead with its March 3 showing of the movie despite all the fuss in Russia.

“Our theater is here to serve the viewer. We put on films all the time and we pay no heed to whether or not the film is banned in some other country. We show whatever we consider to be interesting and worthy of viewing,” Ilkhom spokeswoman Anastasiya Pryadkina told Eurasianet.

That the film should be shown in Uzbekistan is especially surprising, given the government’s long-standing aversion to irreverent attitudes toward authority. The concession may be chalked up as another indication of the creeping political thaw being ushered in by President Shavkat Mirziyoyev, who only recently fired the hardliner head of the security services — fittingly described by one observer as the “last Stalinist politician among the country’s elite.”

Historian Ravshan Nazarov, a committed fan of Ilkhom, which has for decades defied conservative critics in Uzbekistan with stagings of challenging and avant-garde theatrical productions, described the planned screening as a brassy move.

“The Death of Stalin is hardly likely to get a widespread release in Tashkent, and that is why they picked Ilkhom, which is usually patronized by a selective section of the Uzbek public. But I think that the film needs to be shown, regardless of any historical inconsistencies and errors,” Nazarov said.

The release of foreign films in Uzbekistan is regulated by the state-run Uzbekkino agency. Movies are typically distributed to Uzbekistan via Russia, but have to get a seal of approval from Uzbekkino before they can be shown. If a movie is banned in Russia, the same will as a rule happen in Uzbekistan.

But the local criteria for slapping bans has traditionally been far stricter than anything seen in Russia. Among the films that have over the years been barred from local screens — for any number of reasons, ranging from perceived cultural inappropriateness to public morality concerns — are Crimson Peak, The Possession Experiment, Resident Evil: The Last Chapter, and Scary Movie.