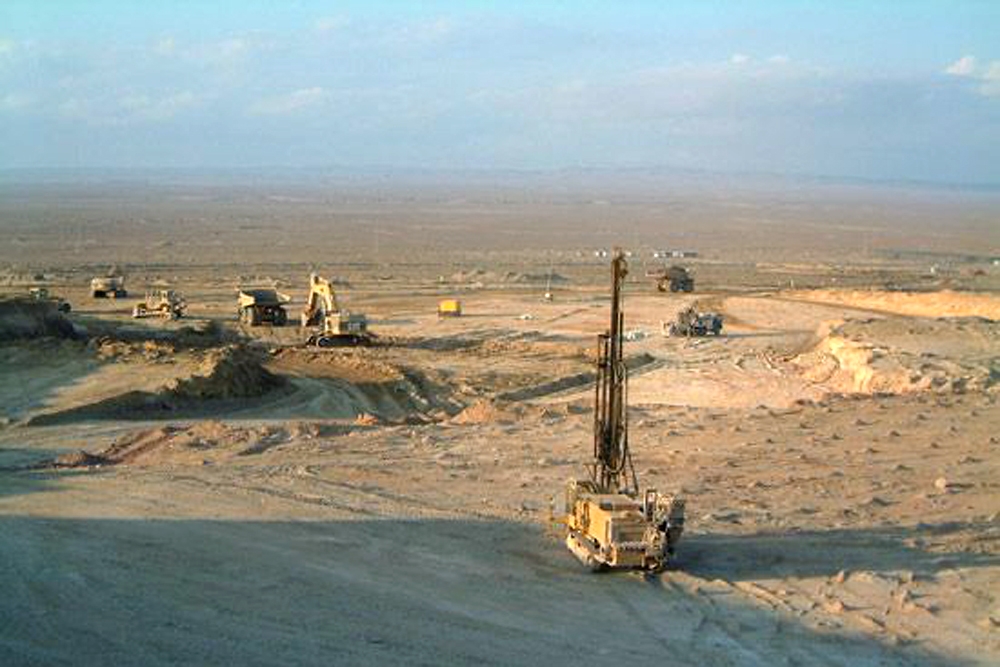 Oxus Gold was forced recently to suspend its mining operations over business disputes with the Uzbek government. (Photo: Oxus Gold.)

The recent sentencing of a executive connected with a troubled British gold mining venture in Uzbekistan offers fresh evidence that Tashkent has foreign investors in its cross-hairs. Some observers suspect a behind-the-scenes power struggle is responsible for a string of incidents involving foreign-operated companies in Uzbekistan.

The imprisonment of Said Ashurov, a Tajik national, is connected to the complicated case of Oxus Gold, a British company forced to suspend its operations in Uzbekistan in February over business disputes with the Uzbek government. Ashurov, a former chief metallurgist in an Oxus-run project, was stopped near the Uzbek-Tajik border in March and charged with possessing state secrets. At the time of his arrest, most of the other foreign officers of the Oxus venture had already left the country. A military court sentenced him August 10 to a 12-year prison term for espionage, the company said in a statement. It described the case against Ashurov as “fabricated.”

Robert Amsterdam, a London-based lawyer for Oxus, told EurasiaNet.org that Ashurov’s case was designed to intimidate the gold mining entity and foreign investors in general. “Hostage-taking seems to have become the standard operating practice,” he said, implying that Uzbek authorities are deliberately targeting vulnerable local employees as a means of coercing foreign companies.

Steve Swerdlow, Uzbekistan researcher for Human Rights Watch (HRW), said his organization has documented several cases in recent months in which accused spies, such as Ashurov, were held incommunicado for long periods and subjected to torture. “The use of espionage charges and closed military court seem to indicate that hardliners in the Uzbek government are controlling this [Ashurov’s] case,” he said.

Amsterdam said that in the last six months, there seems to be a “bizarre, anarchic state of affairs” in the Uzbek business climate. Pinpointing the source of all the uncertainty is difficult because of the opaque nature of Uzbekistan’s political and economic environment.

“If this were an isolated case, it would be one thing. But this is a pattern,” Amsterdam said, referring to Ashurov’s case. In another recent incident, Uzbek authorities reportedly manhandled the German ambassador when he went to inquire about police raid a German bakery in Tashkent. Over the past year, Uzbek officials also have closed down some 50 Turkish businesses, raided a South Korean-run golf course and failed to fulfill contracts with German companies.

Beyond all the incidents involving foreign investors, Uzbek authorities have tweaked London this summer by harassing an Uzbek national employed at the British Embassy in Tashkent, and carried out widespread blocking of news websites. “There’s a sense that the Uzbek government has adopted a sort of paranoid, bunker mentality,” said HRW’s Swerdlow.

One explanation for Tashkent’s behavior is that a power struggle is taking place, with various factions jockeying for more influence in President Islam Karimov’s administration. “My sense is that the vertical of power is under attack,” Amsterdam said.

Oxus Gold’s troubles in Uzbekistan go back to 2006, when a state commission said the company owed some $100 million in taxes. The tax trouble suddenly was resolved after the company allowed Zeromax, at the time one of Uzbekistan’s largest conglomerates, to take a 16 percent stake in the joint venture. Oxus kept a 50-percent share in the venture.

Trouble returned in early 2010. That February, Miradal Djalalov, at one time the managing director of Zeromax, stepped down from his position as a non-executive board member of Oxus. The next month, Zeromax was seized and forced into bankruptcy. Djalalov was detained and interrogated several times and his whereabouts currently are unknown.

“We had been slowly strangled in terms of our right to operate,” and ultimately forced to negotiate an exit, said Amsterdam. In February of this year, Uzbek agents stormed Oxus’ offices in Uzbekistan and seized computers and files. The audit was “like a corporate raid” in that it was an attempt to take over the company, said Amsterdam, “but as we were clearly dealing directly with the government, it was an expropriation.”

As for the Ashurov case, Amsterdam said he fears for the imprisoned man’s health, as he suffers from hepatitis, which was controlled with medications for years. The lawyer asserted that Ashidov, a 46-year-old father of three, is being denied medical treatment.

According to Amsterdam, the supposedly classified data alleged to be in Ashurov’s possession at the time of his arrest was, in fact, information that was already in the public domain, except for an item generally known in the industry, and which pertained directly to his job assisting Oxus with extraction and refinement methods. The Uzbek justice system is notorious for the lack of due process, the use of torture to extract confessions, and the suppression of evidence that could exculpate those accused of crimes. Ashurov was technically employed by Oxus’ Uzbek partner, Amantayau Goldfields, when he was arrested.

Since the latest bout of trouble with the Uzbek government began, Oxus has struggled. The company was listed on the AIM or Alternative Investment Market for small companies on the London Stock Exchange, but was forced to suspend trading in July when it could not supply necessary documentation, due to lack of cooperation from Amantayau Goldfields.