Kaloshin had no access to state secrets for around a decade, his acquaintances say. 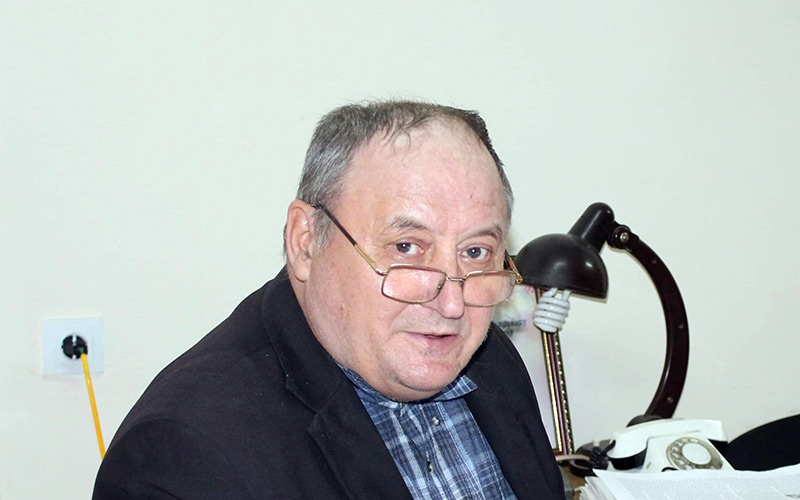 A military court in Uzbekistan on March 4 sentenced a journalist who worked at a Defense Ministry newspaper to 12 years in a minimum-security prison on treason charges, Moscow-based news website Ferghana has reported.

Vladimir Kaloshin, who is in his late 60s, was stripped of his rank of lieutenant colonel of the Uzbek armed forces. He worked at Vantanparvar (Patriot) newspaper from July 1992 until he went into reserve retirement in 2007.

Although it has not been publicly stated by the relevant authorities, it is generally understood that Kaloshin, who has had no direct access to classified information for around a decade, was accused of spying for Russia.

He was arrested at his Tashkent home in early July 2019 by plainclothes officers with the State Security Service, or SSS, and detained incognito for a period of three days. Although it is unlawful, it remains commonplace for the security services to deny its detainees access to relatives and lawyers for periods of anywhere from a few days to several weeks and months.

That treatment bears echoes of what happened to Kadyr Yusupov, a former diplomat with a history of mental illness who was earlier this year sentenced to five years in prison on charges of treason at the end of a military court trial held behind closed doors.

Ferghana cited Kaloshin’s family members as saying that he was during interrogation subjected to psychological torture consisting of threats of violence against his children, grandchildren and his wife. Relatives of the retired former military officer have also complained of procedural violations during his trial.

Kaloshin is one of several figures formerly or currently close to the Uzbek security apparatus that have reportedly been targeted for prosecution for alleged espionage on behalf of the Russian government. Another is political analyst and former KGB officer Rafik Saifulin, who is on trial on similar charges.

While acquaintances of Kaloshin have poured scorn on the idea that he might have been involved in any kind of espionage and attributed his prosecution to an excess of spy-hunting zeal on the part of the security services, those adopting pronounced anti-Russian positions have sounded more approving.

Caravanserai, a Central Asia-focused propaganda website operated by the U.S. Department of Defense, last month cited Uzbek analysts to positively characterize the arrests of Kaloshin and Sayfulin as an effort by the “Uzbek government to rid itself of Russian influence.”