Regional officials have been coming under growing scrutiny from the national leadership. 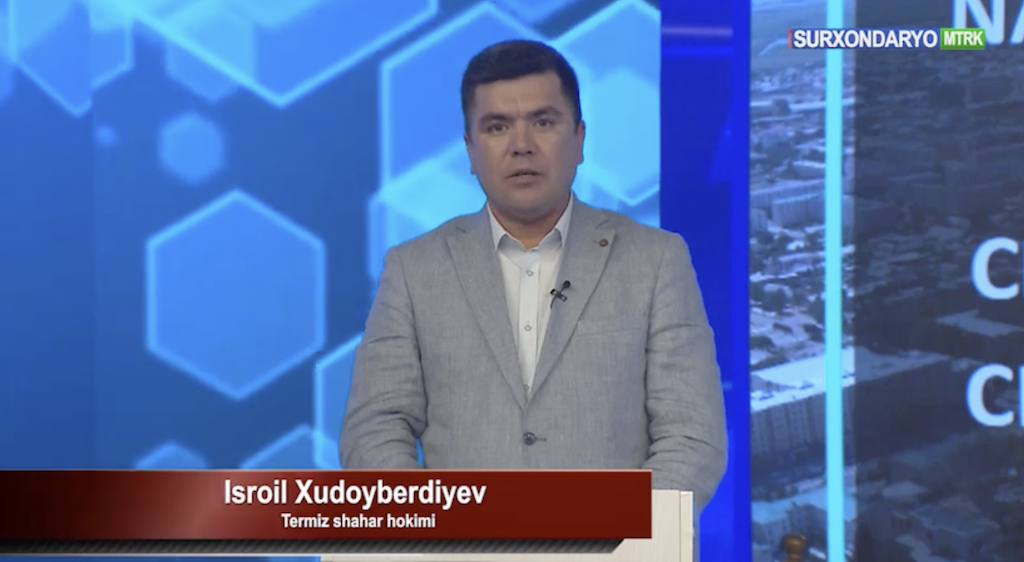 Authorities in Uzbekistan have arrested the former mayor of Termez, a city on the border with Afghanistan, on suspicion of involvement in the embezzlement of around $1.3 million.

The Prosecutor General’s Office told the media on October 20 that Isroil Khudoiberdiyev has been detained along with two of his deputies and four other officials. The alleged appropriation of funds reportedly took place during the construction of a shopping complex.

News of Khudoiberdiyev’s arrest has been circulating for around two weeks, but officials were not eager to confirm the chatter. When quizzed earlier by news website Kun.uz, a spokesman for the prosecutor’s office, Khayat Shamsuddinov, said he had no information about the case.

Prosecutors now say the suspects, who are being held at a pre-trial detention facility in Termez, are facing charges of embezzlement, abuse of office, and forging documents.

In 2017, shortly after his appointment as mayor, Khudoiberdiyev attracted widespread media attention for his aggressive efforts to remodel the city. At one stage, in an apparent measure to pressure people into moving out of their dwellings, he ordered the removal of the roofs of ageing two-story residential blocks.

He occupied his post until September 21, when he was dismissed during a session of the Termez city council. Official chronicles did not offer explanations for the dismissal, although circumstantial evidence appears to suggest it was connected to his imminent legal troubles.

Khudoiberdiyev’s arrest takes place against a backdrop of a sustained reshuffle of regional officials across Uzbekistan. Over the past two weeks or so, the heads of at least 14 local administrations have been removed from their jobs.

On September 27 alone, the head of the presidential administration, Sardar Umurzakov, who has been in his job since mid-July, demonstratively dismissed the hokims, or governors, of five districts: Andijan, Asaka, Ferghana, Nurobod, and Paxtaobod.

In an audio recording of the government meeting during which this decision was announced, Umurzakov can be heard condemning the hokims and accusing them of embarrassing the president’s office and the state as a whole. Umurzakov also criticized Tura Bobolov, the governor of the Surkhandaryo province, of which Termez is the capital.

This form of management by admonishment is still the favored way of running regional politics in Uzbekistan, despite pledges by President Shavkat Mirziyoyev in 2017 to gradually make a transition toward mayors being elected.