Speculation has it that Ikhtiyor Abdullayev was involved in machinations against the president. 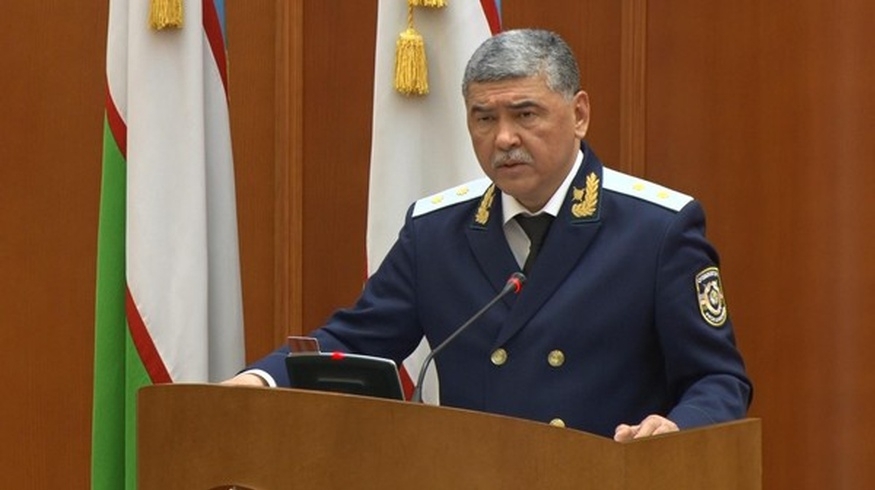 The ongoing purge among high-level security personnel in Uzbekistan is continuing apace this week with the start of the closed-door trial of a former intelligence services chief.

Local media reported that hearings in the case of Ikhtiyor Abdullayev began at a military court in Tashkent on July 15. Abdullayev reportedly stands accused of abuse of office and bribery.

The trial is being held behind a veil of secrecy and even information about the exact nature of the charges is hazy and subject to speculation and unverifiable leaks to the press. One claim is that Abdullayev plotted to tap the phone conversations of President Shavkat Mirziyoyev and his family.

In May, RFE/RL’s Uzbek service cited a government-created news website as reporting that Abdullayev was attempting to roll back efforts at political liberalization and trying to bolster his own authority by installing loyal cadres to top positions.

Another 24 people are in the dock alongside Abdullayev. They reportedly include other officials from the State Security Service, or SSS, the prosecutor’s office and the Supreme Court.

The downfall of Abdullayev marks a stark turn of events for this one-time high-flier. The 53-year-old had filled multiple important positions since the early 2000s and served at multiple junctures as an advisor to the late president, Islam Karimov, who died in 2016.

Between April 2015 and January 2018, he worked as General Prosecutor – a position historically known to be highly lucrative for its holder.

His next job was to take over the restructured security services from Rustam Inoyatov, who had run the deeply feared repression machine as a personal fiefdom for 23 years. That Abdullayev should have been handed the highly sensitive task of defanging this vast and nebulous entity – whose loyalty to anything or anybody other than itself has long been in question – suggests that he benefited from a considerable well of trust from Mirziyoyev. If he is indeed suspected of treachery, rather than run-of-the-mill bribery, he should expect to enjoy little mercy.

This latest chapter began on February 11 with an official bulletin to state that Abdullayev was stepping down for “health reasons.” It was not long before it emerged, however, that he had come under investigation.

It appears certain that it is Abdullayev’s stint as security services chief that landed him in trouble, but it is worth pointing out that he is the third General Prosecutor in a row in Uzbekistan to end up behind up bars.

Otabek Murodov, who took over from Abdullayev, was fired in June and is now facing corruption charges. Abdullayev’s predecessor, Rashid Kadyrov, was that same month sentenced to 10 years in prison, also for corruption.