The conviction marks a dramatic downfall for the one-time high-flier. 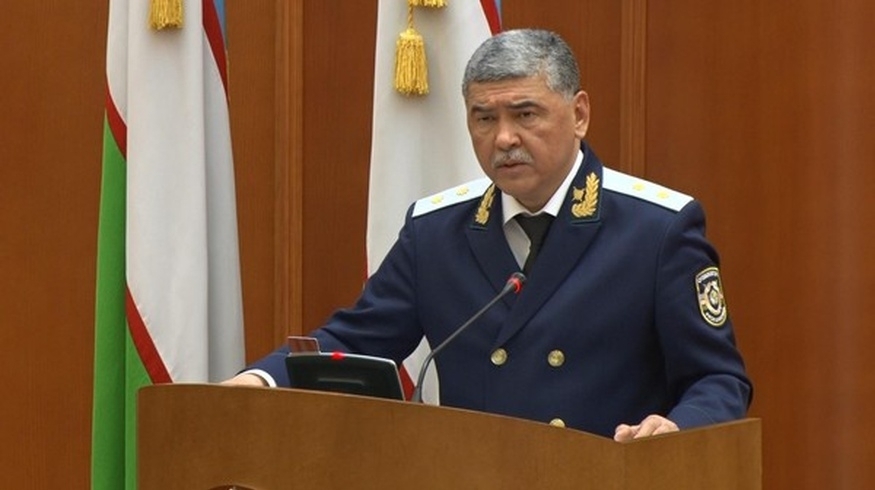 A military court in Uzbekistan has sentenced a former head of the security services to 18 years in prison on charges including bribery, extortion and forming a criminal enterprise.

The ruling against Ikhtiyor Abdullayev on September 27 brought a close to a two-month trial that reportedly saw testimonies from more than 300 injured parties and witnesses. All the hearings were held behind closed doors.

Another two-dozen people were in the dock alongside Abdullayev. They included other officials from the State Security Service, or SSS, the prosecutor’s office and the Supreme Court.

The downfall of this one-time high-flier has been stark for its precipitousness. The 53-year-old had filled multiple important positions since the early 2000s and served at times as an advisor to the late president, Islam Karimov, who died in 2016.

Between April 2015 and January 2018, he worked as General Prosecutor. His next job was to take over the restructured security services from Rustam Inoyatov, who had run the deeply feared repression machine as a personal fiefdom for 23 years.

A sign that something was up came in February when an official bulletin stated that Abdullayev was stepping down for “health reasons.” It was not long before it emerged, however, that he was under investigation.

It is unclear whether Abdullayev’s main offense was actually what was on the charge sheet or whether he became the casualty of an internal power struggle.

Kun.uz news website reported that one of the charges leveled at Abdullayev was that he had violated customs legislation to favor the interests of an organized crime group.

The same website’s sources also noted that the investigation against the former security services chief was spearheaded by President Shavkat Mirziyoyev’s son-in-law and head of the presidential security detail, Otabek Umarov.

In May, RFE/RL’s Uzbek service cited a government-created news website as reporting that Abdullayev was attempting to roll back efforts at political liberalization and trying to bolster his own authority by installing loyal cadres to top positions. Another claim is that Abdullayev plotted to tap the phone conversations of Mirziyoyev and his family.