Uzbekistan: Get a jab, win a car

Tashkent’s vaccination campaign is getting a shot in the arm. 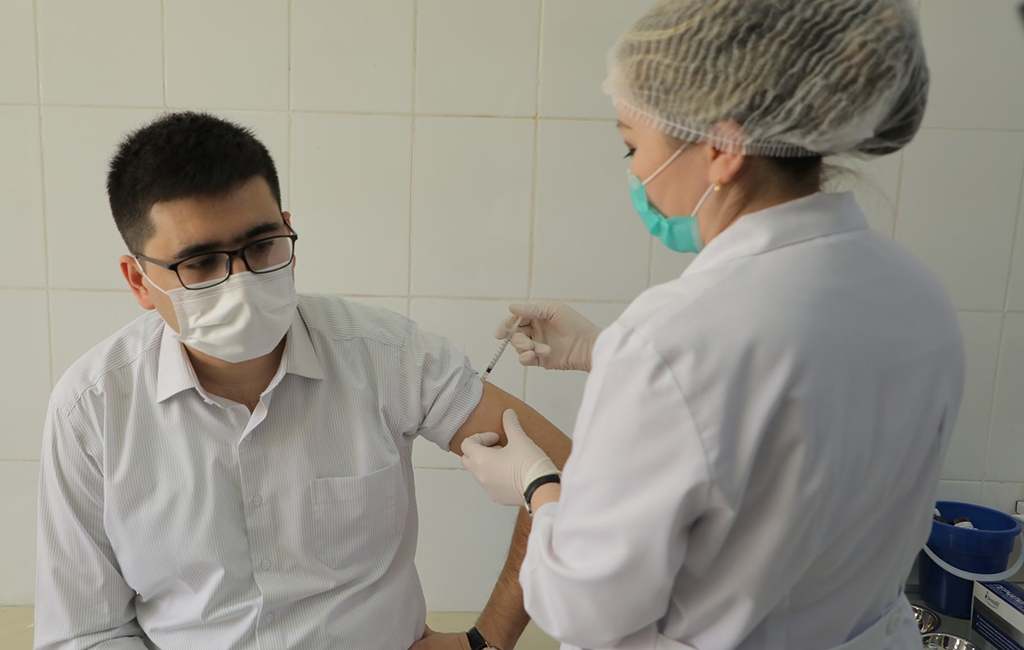 But does he drive? (government handout)

It’s an exciting time to tune into Uzbekistan’s Zo’r TV.

For the next five months, everyone vaccinated against the coronavirus will be competing in weekly raffles for bicycles, television sets, smartphones and tablets.

Then, on the last week of each month, the ultimate prize: a Chevrolet Malibu.

“A Malibu, Bahodirzhon, a Malibu!” the Zo’r TV presenter yelled in a phone call to January’s unsuspecting winner, Bahodirzhon Esonaliyev, a resident of the Fergana region.

That the show is part of the government’s effort to popularize vaccination is not in doubt. The fact that jabbed citizens are automatically entered into the contest was confirmed by Uzbekistan's Ministry of Innovative Development.

The government claims that just over 19.2 million people – out of Uzbekistan’s 35 million – have received the first dose of a coronavirus vaccine, nearly 90 percent of the official target. Some 14.5 million have supposedly received a second dose.

Those are impressive figures considering that 36.5 percent of respondents told surveyors last summer that they were against vaccination. Around that time, the government introduced extensive vaccination mandates.

Uzbekistan’s statistics are rarely something to hang your hat on, however.

Coronavirus-related deaths number just over 1,500 – half as many as recorded in neighboring Kyrgyzstan, which has a population a fifth the size and where officials have admitted that their figures are not capturing the real picture.

Last year, the statisticians behind the World Mortality Dataset found that Uzbekistan was a world leader in undercounting coronavirus fatalities.

Across the border in Kazakhstan, meanwhile, people are being counted as vaccinated without even receiving a jab.

There, a well-known blogger highlighted the case of a citizen who was contacted by a government portal to inform him of his successful inoculation at a clinic in the town of Semey when the man was in fact living thousands of miles away in Belgium.

Comments under the November Telegram post suggested this was far from an isolated case in Semey and the North Kazakhstan region, where the governor was at the time boasting of a 100 percent vaccination rate among the eligible population.

One writer mocked Uzbek scientists' hopes to create an edible vaccine based on tomatoes. Others were simply in awe of the presenter’s decibel levels.

There was also a dash of the vaccine skepticism that remains a stubborn force in much of the former Soviet Union. “You’ll croak,” wrote a user called _helen_888k, “just with a Malibu.”