Uzbek President Shavkat Mirziyoyev offered that olive branch and much more during his historic trip to Dushanbe. 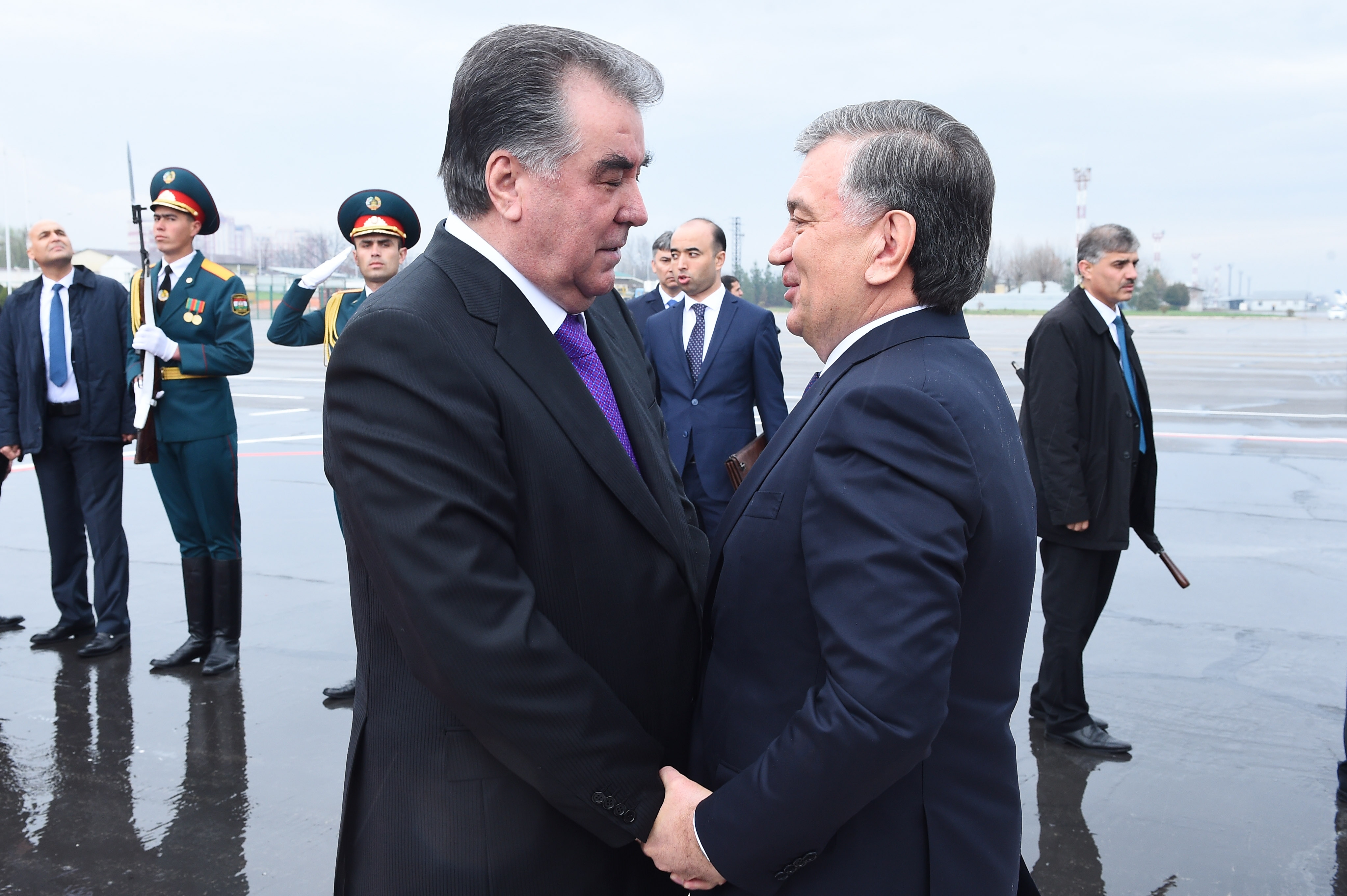 In the boldest signal of bilateral amity to date, Uzbekistan’s president announced during a seminal visit to Tajikistan on March 9 that he intends to support the major hydropower project that has been a source of tension between the two nations.

President Shavkat Mirziyoyev told his Tajik counterpart Emomali Rahmon that Uzbekistan is willing to get involved across the board in the Tajik hydroelectric sector. Construction work on the highly contentious giant Roghun Dam is now underway and according to optimistic Tajik estimates should begin to generate power as early as the end of this year.

Both presidents noted in a joint statement to the media in Dushanbe that Tajikistan's hydroelectric facilities could benefit the entire region. That marks a monumental change to the tone adopted under the late Uzbek leader Islam Karimov, who was aggressively opposed to Roghun project, describing it as a threat to his downstream nation’s security.

Much else was discussed and done on the first of two days that Mirziyoyev was scheduled to stay in the Tajik capital. One other major development with broad implications for the population was the signing of a deal to waive visa requirements for one another’s citizens for stays of up to one month.

Following the opening of 10 new bordering crossings earlier in the month, there will be no shortage of ways to travel from one country to the other. In the preceding eight years, only two crossings were available to the local population. One was west of the Tajik capital, Dushanbe, near the town of Tursunzoda. Another was around two hours south of the Uzbek capital, Tashkent, and entered Tajikistan’s northern Sughd region. There are now crossing points up and down the border, linking sections of the shared Ferghana Valley and areas in the south, toward the Afghan border.

On another related issue, the governments reached a definitive agreement on border delimitation, putting an end to decades of disagreements on the issue.

The expectation repeated throughout the day was that this era of mutual openness will now translate into a bold new era of vastly improved trade. Bilateral trade in 2017 between Tajikistan and Uzbekistan amounted to $126 million, with the larger amount, $69 million, flowing from Uzbekistan to Tajikistan.

Striking a remarkably ambitious note, Rahmon said that as a result of bilateral agreements, the volume of trade would “soon” reach $1 billion, although he omitted to provide a specific timeframe.

In advance of Mirziyoyev’s arrival, officials at the presidential administration in Dushanbe were briefing reporters that that the two leaders were set to sign 27 commercial deals worth a total of $140 million. Uzbekistan was also reportedly set to extend $100 million worth of credit to develop enterprises working in both countries.

Away from the high-level meetings, around 120 or so entrepreneurs from the two countries got to chin-wagging at the maiden Tajik-Uzbek business forum. In the public addresses, government representatives issued the standard bromides about the need to develop trade ties, increase the volume of industrial and technological exchanges, and create favorable conditions for mutual trade. On a more practical note, the forum reportedly generated $20.5 million worth of contracts.

The second edition of the business forum is scheduled to take place in Tashkent in the second half of this year.

Members of the public in Dushanbe will over the weekend get to visit a trade fair showcasing goods from more than 60 Uzbek companies.

For all the jubilation in the air, many dismal customs were strictly observed.

It had been announced that the trade fair would last three days, although when people attempted to visit the venue on March 9 they were turned away by police officers. To create a positive impression for Mirziyoyev’s arrival, several thousand students were bused to the airport, not entirely of their own accord, to hospitably wave little Uzbek flags. Once the hubbub had died down, most people were unable to take public transport to get home as much of the city’s main thoroughfares had been placed on lockdown for security purposes.

Security was indeed very much the order of the day. The army of policemen and dour State Committee for National Security agents who are typically tasked with maintaining the peace during such events — a feat mainly achieved by standing listlessly by the side of the road — were joined on this occasion by powder blue-suited officers from the anti-corruption agency.