The journalist faced not only the customary bureaucratic hurdles, but even alleged sexual harassment from an individual possibly linked to the security services. 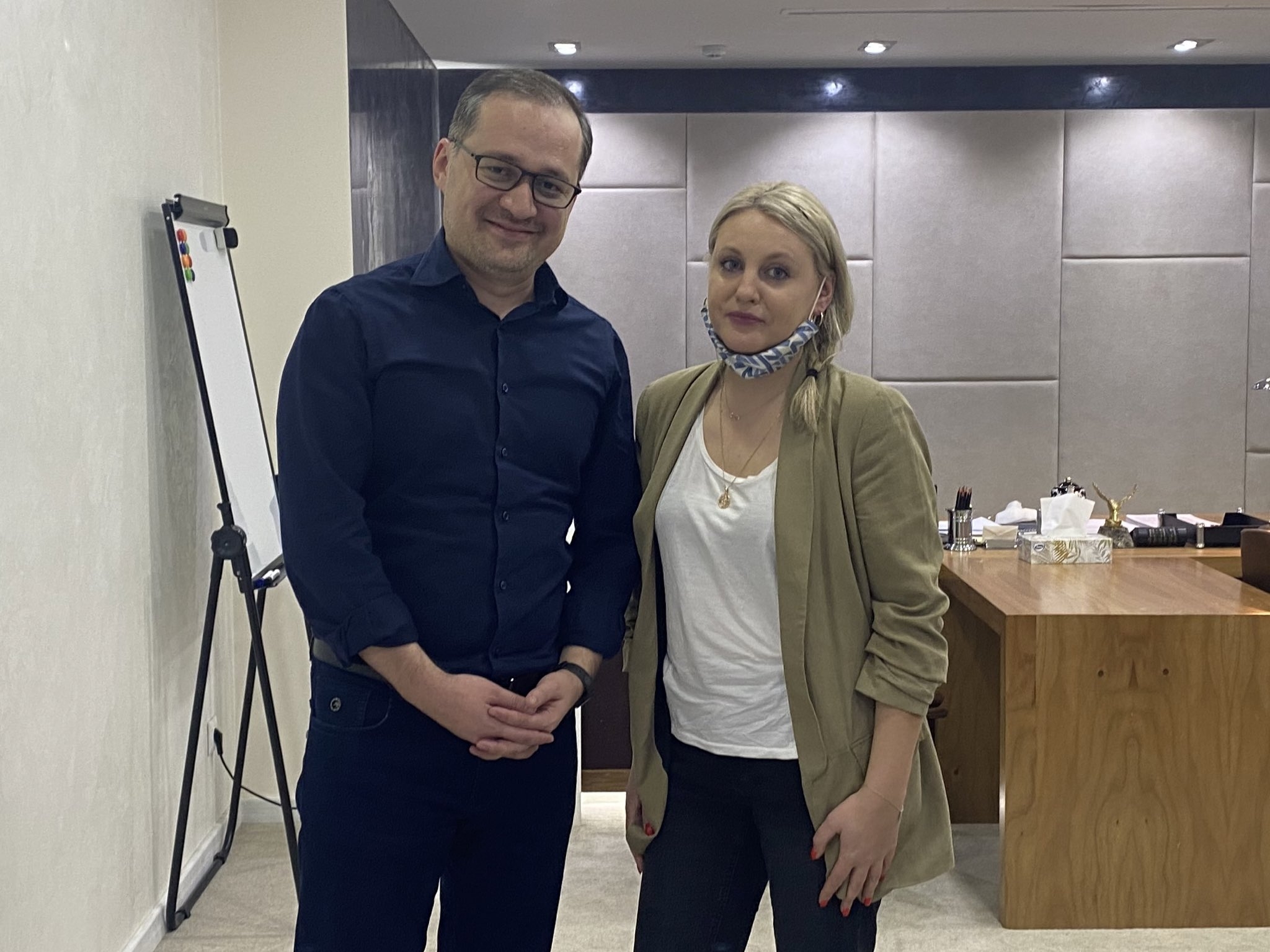 The predicament of a foreign journalist struggling to obtain accreditation in Uzbekistan is highlighting the halting progress the country is making in opening up to the outside world.

Agnieszka Pikulicka-Wilczewska, a Tashkent-based reporter for Al Jazeera’s English-language service, has faced not only bureaucratic hurdles, but even alleged sexual harassment from an individual possibly linked to the security services.

Things had started well. After receiving temporary accreditation on a couple of occasions, Pikulicka-Wilczewska, who has been living in Uzbekistan for more than two years, received a Foreign Ministry-issue press card valid for six months in March 2020.

As is now customary when such accreditations are issued, the Foreign Ministry reported the fact on its website and social media channels. For decades, Uzbekistan has kept most journalists interested in covering developments beyond official statements at arm’s length.

Things changed not long after President Shavkat Mirziyoyev came to power in 2016 with pledges of reform. By May 2018, the broadcaster Voice of America had become the first U.S.-headquartered outlet to receive accreditation in Uzbekistan in well over a decade. Eurasianet was the second. Other international outlets followed.

Even before receiving her credentials, Pikulicka-Wilczewska, who has also written articles for Eurasianet, among others, was assigned a government handler – a man she knew only as “Rustam.”

Within weeks, the handler began sending odd messages to the journalist via the Telegram messaging app favored by most Uzbeks. First came the inappropriate requests. Rustam asked if Pikulicka-Wilczewska had a partner. Other times, he sent kiss emojis. In one exchange seen by Eurasianet, he asked: “Are you sleeping? How about a coffee?” When he was firmly rebuffed, he replied simply “Ok,” and added another kiss emoji.

Under the pretense of wishing to discuss an urgent professional matter, Rustam met in person with Pikulicka-Wilczewska one evening and made a physical pass, she said.

When those overtures failed, the handler turned to scrutinizing Pikulicka-Wilczewska’s coverage.

This drama was playing out against the backdrop of a major national crisis – the country’s coronavirus outbreak. Officials insisted from the outset that they had kept infections under control, although there is ample evidence this boast was unearned.

Another emergency in early May came with a stronger whiff of scandal. A dam collapsed in an area not far from Tashkent, forcing 90,000 people from their homes and leaving at least four people dead. Suspicions that corners had been cut during construction, which was overseen by Mirziyoyev when he was prime minister, began to circulate.

The climate for reporting had noticeably chilled. Local journalists are always subject to far cruder forms of pressure than their foreign peers.

One employee for state-run news agency Uza.uz, Anora Sodykova, says she was fired when she alleged on social media that residents in the zone affected by the Sardoba disaster were being threatened not to talk publicly about their plight. Meanwhile, pliable journalists transmitted rosy accounts of now-homeless children being given toys by the president’s daughter.

Pikulicka-Wilczewska says she was asked by Rustam to produce positive content about Uzbekistan immediately after getting her accreditation, just as Tashkent began to introduce its first anti-coronavirus measures.

A litany of similar and bizarrely formulated requests were put to her by Rustam in August, just as her accreditation was set to expire.

“It was a Sunday night, about 1 a.m. in Uzbekistan,” she said. “He started recording messages saying that I was not objective, that I was not a real journalist, that I should write a positive article about Uzbekistan.”

Her Uzbekistan coverage for Al-Jazeera has to date included articles on cases of judicial malpractice, the aftermath of Sarboba, and the ramifications of the coronavirus crisis for civil liberties.

When Pikulicka-Wilczewska complained to the Foreign Ministry that she was receiving inappropriate communications from a member of their staff, she was told curtly that the matter “was being dealt with.”

Still the question of receiving authorization to work persisted. And this is a situation that afflicts many foreign journalists covering Uzbekistan long term. While countries like Kazakhstan and Kyrgyzstan typically provide credentials valid for two years, Tashkent still opts for half-year accreditations for reporters it views warily.

The Foreign Ministry says it takes a maximum of two months to consider applications. It is unclear why the process is so drawn-out for simply reconfirming the papers of journalists known to them, but the general consensus is that the application is also subject to review by the State Security Service.

Pikulicka-Wilczewska had been waiting for eight months until getting a phone call from the Foreign Ministry on February 1. An official instructed her, without explanation, to present herself to the ministry building with her expired press card. When Pikulicka-Wilczewska got there, she was met at the gates by what she described as “two sad men with sad faces.”

“They told me that my accreditation would not be prolonged, because I was writing for other outlets, not just the one I was accredited for,” she said.

With that, she was told to hand over her card.

Enraged by this turn of events, Pikulicka-Wilczewska took to Twitter to outline the story of what has been happening to her since last year. The result was explosive.

Social media users largely reacted with disgust at the conduct of the official named by Pikulicka-Wilczewska. Komil Allamjonov, the head of a government-organized NGO ostensibly lobbying on behalf of media, wrote on Twitter that he was “seriously concerned” and that “the case [required] clarification and [a] most thorough [inquiry].”

By the following day, the head of the Senate had waded in.

“The incident involving the journalist Agnieszka Pikulicka is absolutely unacceptable in Uzbekistan or in any other country,” Tanzil Narbayeva said.

The reaction of the Foreign Ministry was initially to deny that it had any employee called Rustam. And they may even have been right.

When the phone number being used by Rustam was passed through GetContact – a snooping app – it yielded another name: Ilhom. One person had listed him as “Ilhomaka FBI,” a possible indication that the man was linked to law enforcement or the security services.

The possibility of surveillance from government agencies is accepted as a price of doing journalism by most foreign reporters in Uzbekistan. Agents or stoolpigeons of the security services are also liberally scattered throughout the entire state apparatus and in Uzbekistan’s foreign missions.

Before any more questions could be asked about this turn of events, however, the Foreign Ministry changed its mind and said it had after all managed to identify the member of staff who had harassed Pikulicka-Wilczewska.

“The official mentioned by the correspondent has been fired,” the ministry said.

And with startling and uncharacteristic rapidity, the Foreign Ministry on the same day reversed its previous decision and said it would grant Pikulicka-Wilczewska the credentials she has been awaiting for eight months.

Pikulicka-Wilczewska cautioned against reading this as a major positive development, however.

“I don’t see this as any sign of change. They just didn’t have a choice. They had to do it,” she said. “But people might now be a bit more careful how they treat journalists, and how they treat women in general.”