Uzbekistan hopes Islamic education is the antidote to extremism

The government has tempered its bitter suspicion of the pious and instead is lending tentative support to religious education. 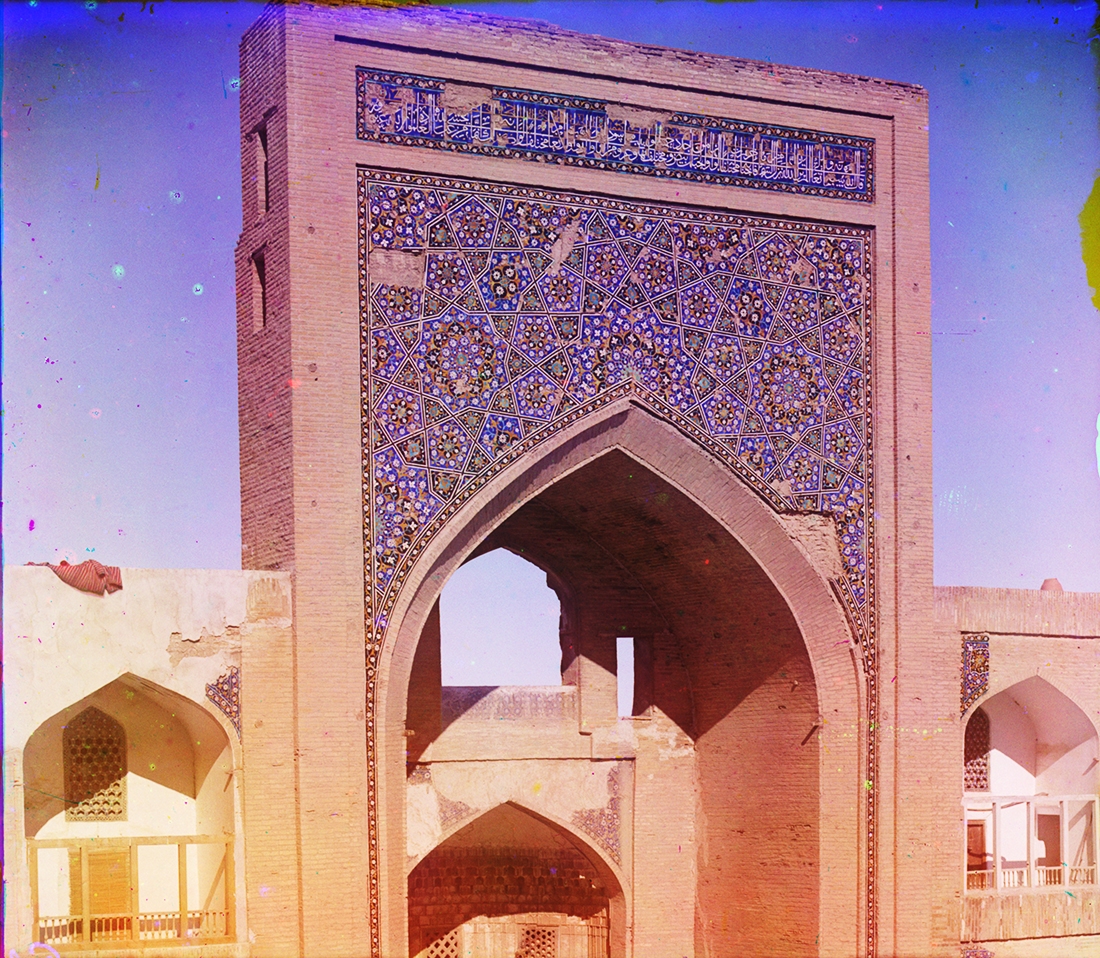 The staircase that leads to the row of cells in Bukhara’s Mir-i Arab madrasa is steep and narrow. Ascending necessitates a bow that feels suitably reverent.

Akbarali Mamadaliyev, 24, has been treading those steps for three years now. His hujra, or cell, is an almost cruelly cramped space, just 2.5 by 2 meters. There is no bed. Just a low ottoman where to sit and sleep, and small bookcase.

On the ottoman lies a copy of Mamadaliyev’s most treasured book, the Koran. He has committed more than half of the 300 or so pages to memory. This feat has earned Mamadaliyev a photo on the honors board.

Getting into this type of religious school is becoming a much sought-after ambition among young people in Uzbekistan committed to spreading knowledge of the faith. Mir-i Arab, which was one of very few Islamic education institutions permitted by Soviet authorities, remains an especially prestigious establishment.

“I was always drawn to Bukhara, to Mir-i Arab. In 2015, I couldn’t get in, I didn’t have [good enough marks]. But the following year, happiness smiled on me – I became a student here,” Mamadaliyev told Eurasianet.

Mamadaliyev comes from a devout household in a city, Namangan, with a reputation for Islamic piety. His family jealously guarded their Koran even in Soviet times, when possession of the book drew suspicion. He seriously began performing namaz – the five daily prayers – when he was 15. It was then that he understood that he wanted to become an Islamic scholar.

The path to Islamic studies for people like Mamadaliyev has become easier as Uzbekistan’s government has in the last couple of years tempered its bitter suspicion of the pious and instead lent tentative support to religious education as a way of steering the young away from extremist notions.

There are at present 11 specifically Islamic educational institutions in Uzbekistan. Of those, 10 are madrasas, where pupils can get onto the first rung of Islamic scholarship. After four years, they may seek to qualify as imams or become Arabic language teachers.

Admission is still a highly exclusive affair though. Before 2017, Mir-i Arab accepted up to 24 students; last year it was 56. A year’s tuition costs almost $800.

The Imam al-Bukhari Tashkent Islamic Institute is the only strictly religious college of higher learning to offer bachelor’s and master’s degrees.

This new emphasis on religious education is in line with the change of tack adopted by President Shavkat Mirziyoyev, who is, in contrast to his late predecessor Islam Karimov, proving more accommodating toward believers.

In an important symbolic breakthrough, following a decade-long silence, it is again possible to hear the azan, the call to prayer, ring out loudly in neighborhoods in Tashkent. And tens of thousands of people suspected of involvement in radical religious groups have been removed from blacklists of those placed under careful scrutiny by security bodies.

Khakimahon Ganiyeva, 38, a resident of the Fergana region, had been on one of those list since 1998, when she was just 17. It was studying that made her an object of suspicion.

“My friend and I visited a teacher who knew the Koran and Arabic. We wanted to learn,” Ganiyeva told Eurasianet. “But when we came back for another class, she was not at home. Later, they brought me to the police station and told me that the teacher had been disseminating the ideas of Hizb ut-Tahrir.”

For 19 years, Ganiyeva was visited monthly by a local police officer. That all ended in June 2017. Now, all she wishes for is to care for her husband and two children. She has no interest in recalling her previous life.

Last April, Mirziyoyev adopted a government program, dubbed “Enlightenment Against Ignorance,” dedicated to improving religious teaching. The terms of the loosely articulated blueprint hinted at something conservative, in every sense of the word. In addition to upgrading the education system, the program would work to “preserve religious and national values.”

Yakub Bukharbayev, a teacher at the Tashkent Islamic Institute, told Eurasianet that the goal of the policy was to create a streamlined and uninterrupted system of religious education taking pupils from the madrasa into institutes of higher learning.

As of September, madrasas and the Tashkent Islamic Institute have in addition to providing longer-term studies begun offering paid Koran and Arabic courses lasting between three and six months.

“Admission to these courses is not limited by age and gender. Those who graduate will receive a general understanding of the foundations of the Koran and Arabic,” said Bukharbayev.

In January, Mirziyoyev cut the ribbon in Samarkand on an institute for the study of hadith, the sayings of the Prophet Muhammad. The institute provides five-year, full-time courses of study that also take in Islamic jurisprudence, Koranic exegesis and foreign-language learning.

Another institution, the Tashkent Islamic University, has been reformatted into the International Islamic Academy, which even claims to admit students from overseas.

Meanwhile, Uzbek-born Russian billionaire Alisher Usmanov has contributed money toward the construction of something called the Center for Islamic Civilization in Tashkent.

Taken at face value, all these developments suggest a radical change of course, but the openness to Islam in its various forms goes only so far. Expressions of Islam not officially sanctioned by the government are still not permitted.

In one case reported recently by religious-freedom watchdog Forum 18, a 33-year-old imam from Tashkent, Fazliddin Parpiev, was forced to flee the country after complaining publicly about what he described as the persisting injustice and lack of freedoms suffered by Muslims.

Foreign-based Uzbek political observer Pulat Akhunov told Eurasianet that the government is still struggling to formulate a coherent policy on Islam. The softening, he says, is all about improving Uzbekistan’s international image and is being applied in a familiarly top-down manner.

"The authorities proceed from the general principle that pressure should be lifted in those areas in which Uzbekistan is criticized by the United States and the European Union. That is why a single command is given to all state bodies to minimize control and repression of unofficial religious groups and their activists," said Akhunov.