The way the utilities system is designed meant that a whole series of related essentials were quick to fail. 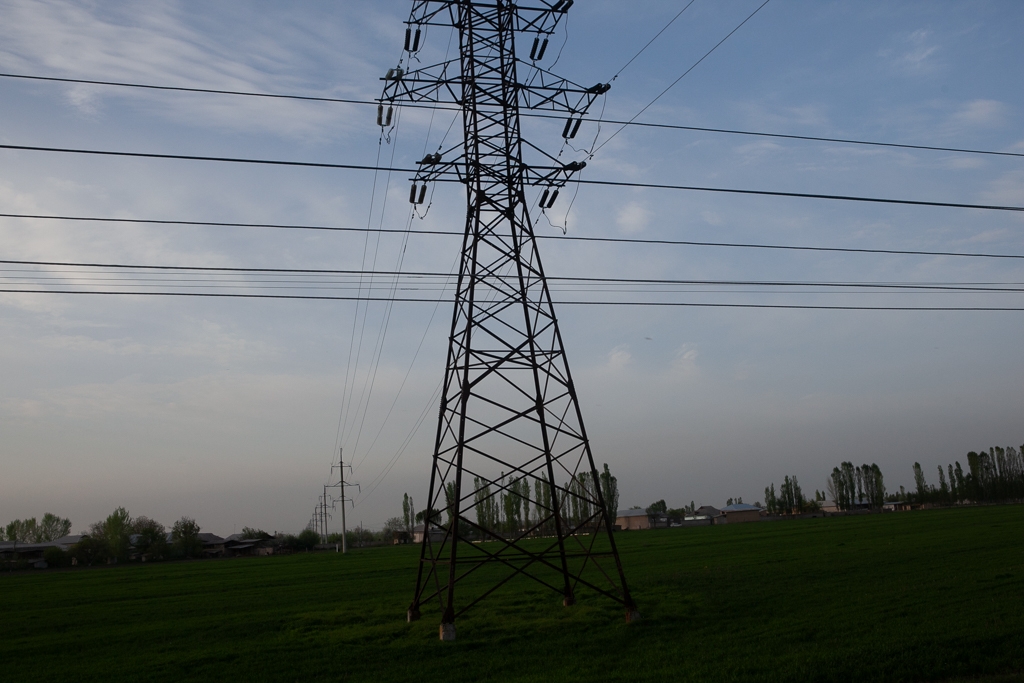 When the electricity went down in Uzbekistan on January 25, many people assumed it was just a scheduled blackout.

In winter, power cuts are reasonably commonplace, especially in rural areas, as the authorities try to balance finely between supply and a surge in demand.

After a little while, people began growing worried. The water pressure dropped. Then the gas stopped flowing into homes. When the heating turned off, anxiety turned to alarm. It was only a few degrees above freezing outside.

The rumors didn’t help either.

“The electricity went out sometime around 11 a.m. We have become accustomed to frequent blackouts,” Muhabbat Nusratova, 64, a pensioner in Khuzhailgor, in the Kashkadarya region. “But when they started saying on Telegram that there was no electricity in Tashkent or elsewhere in the country, I was horrified. And then friends began calling and saying that there would be no electricity for three or four days. What would happen to hospitals and maternity wards?”

As the internet was still somehow working, anybody who had a phone signal was still able to receive a trickle of ever-more troubling news. Tashkent International Airport was shut down. The metro too. Later, it emerged that 415 passengers had to be evacuated out of stranded metro trains by rescue workers.

Tashkent city authorities quickly arranged alternative bus services, but the roads were a mess. Traffic lights had stopped working and there were not enough traffic police to go around.

“There are no lights on the major roads. The lines are growing and drivers are all swearing at one another,” Nodir, 51, an employee for a Tashkent publishing house, told Eurasianet.

He was speaking when everywhere was still electricity-free. By 9:30 a.m. on January 26, power had been restored to 70 percent of the country.

“They’re saying there was an accident in Kazakhstan or Kyrgyzstan, or maybe something happened in our country? But for there to be no electricity anywhere in the country, that has never happened,” Nodir said. “The worst thing is that stores will not take payment by card. They will only sell groceries for cash.”

Uzbek officials were eager to dispel talk that any of what was happening was somehow their fault.

“Today at 10:57 a.m., as a result of a major accident on the unified power grid of Central Asia, there was a power outage in [the Kazakhstan cities of] Almaty, Shymkent, Taraz, Turkestan and in adjacent regions,” the Energy Ministry said in a statement. “As a result, power outages were also seen in the energy system of Kyrgyzstan, including in Bishkek, Osh, Jalal-Abad and other cities.”

This then caused a knock-on effect in Uzbekistan, whose authorities had to react rapidly to avoid further accidents.

The blackout spanned over hundreds of kilometers, from the Ferghana Valley in the east all the way to the westernmost regions of Uzbekistan.

The way that the utilities system is designed means that a whole series of related essentials were quick to fail too.

“I live in an apartment building and the elevator stopped working. Several people got stuck and asked to be rescued from there,” Azizbek Sidikov, 41, a realtor in Tashkent, told Eurasianet. “The water was also turned off. For it to get up to the upper floors, electric pumps need to be running. While my phone has still got a charge, I can still follow the news. It’s like some kind of apocalypse.”

The pumps that get tap water into homes are the same ones that get heated water into radiators, so those that rely on centralized heating immediately felt the chill.

By around 3 p.m., the mayor’s office in Tashkent advised employers to start letting staff go home. It advised them not to release everybody at once, however, “to prevent the simultaneous accumulation of people and vehicles on the streets.”

In the uncertainty of what was to come – a problem fueled by the gossip-mongering – many people headed out to the stores to stock up on supplies, buying bottled water, candles and flashlights.

And then toward the evening, power reappeared in some districts of Tashkent.

“They turned our power on in northwestern Tashkent after six in the evening. And we’ve only just got cold water,” Konstantin Agafonov, an editor for a news and analysis website, told Eurasianet around 90 minutes before midnight. “We still have no hot water or heating. I also noticed that there were a lot of National Guard soldiers on the streets. We live a bit out of the way, not in the center, and they have a garrison nearby. But I have never seen so many of them patrolling here.”

The Emergency Situations Ministry has said that a government commission is being set up to investigate what happened and to develop a prevention mechanism to prevent a similar confluence of calamities occurring in the future. This will be welcomed by a population spooked by what felt at times like something from an end-of-the-world disaster movie.

“The situation has shown that backup power supplies are needed, especially for airports, subways and hospitals,” said Sanat Muhamedjanov, a 48-year-old university lecturer from Kokand. “I really hope that the authorities will draw necessary conclusions from what happened on January 25.”