Uzbekistan: In a change of tack, president preaches supply-side economics

Forcing traders to keep prices low will not fix the problem, he said. 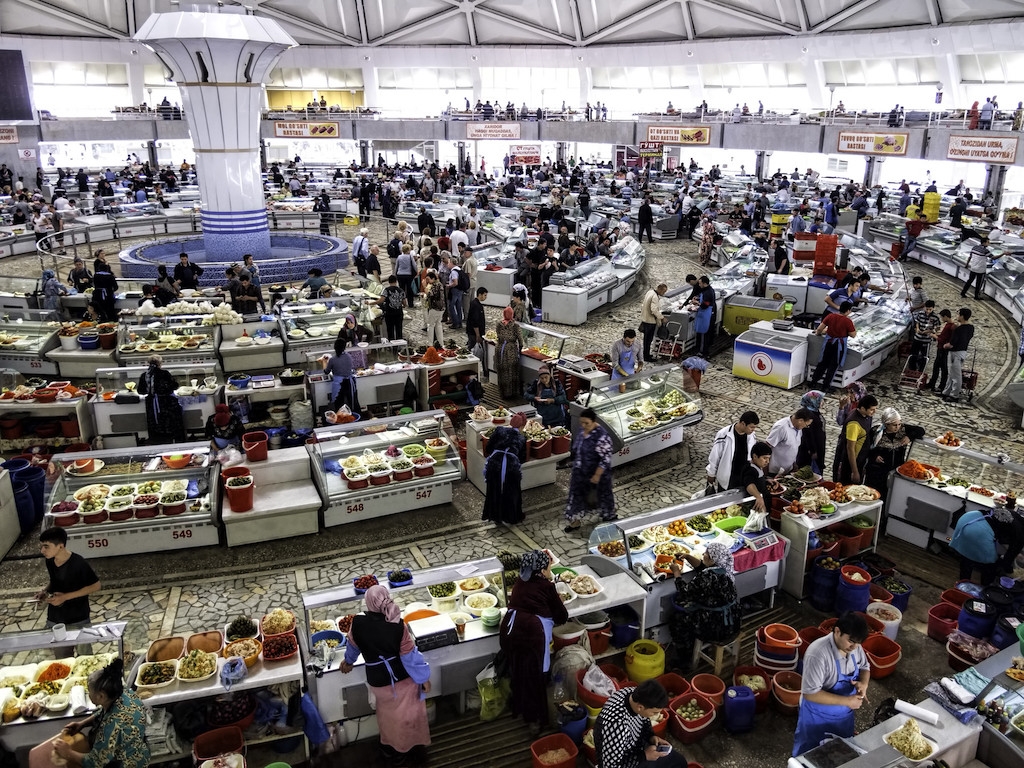 Uzbekistan’s President Shavkat Mirziyoyev has slammed local authorities pressuring tradespeople to keep prices for foodstuffs low, thereby departing from a practice he has himself exercised in the past.

In a televised address to the government, Mirziyoyev said on June 8 that the solution to the rising cost of living was to fix the supply problem.

“Reducing prices does not mean forcing entrepreneurs and livestock breeders to sell their products at low prices. First and foremost, it is necessary to increase the supply on the market,” he said.

The idea is as about as basic a principle of market economics as exists, but it does go against the statist, top-down instincts of apparatchiks of Mirziyoyev’s Soviet-educated generation. And that includes Mirziyoyev himself.

In late December, for example, Mirziyoyev made similar supply-side arguments, but not before warning that special teams had been set up across the country to “robustly suppress price speculation.” In the persisting authoritarian realities of Uzbekistan, bazaar traders are compelled to keep their margins tight, immaterial of demand, or face intimidation and possible loss of their stalls.

Either way, prices are most definitely on the rise – something that the government freely acknowledges.

Meat is becoming one of the most unaffordable grocery items – a deeply awkward fact for such an intensely carnivorous nation.

The practice of price suppression by the authorities has led to a curious situation at times. Butchers will often showcase meat with 60,000 sum price tags, so as to comply with the demands of local officials, but when shoppers ask to buy, they are turned away. This piece of theater has been around since the days of the late President Islam Karimov, who died in 2016.

When Mirziyoyev issued his price warnings in December, he also announced the creation of a $50 million fund to ensure the provision of affordable basic staples goods to shoppers across the country. The measure had, if anything, only a limited and temporary effect.

Regulators are pleading helplessness in some instances.

Between the start of the year and April, the cost of vegetable oil, for example, increased by almost one-third, according to the anti-monopoly agency. The regulators said, however, that imports were more than sufficient to meet demand but that prices of imports were on the rise.

“Exporter nations are seeing a relatively lower level, as compared to earlier seasons, of production. As a result, export duties are being hiked for sunflower oil and seeds,” the anti-monopoly agency said at the time.

One inflation-busting idea put forward by the president has been to saturate the market with poultry and eggs. Poultry famers are eligible for government subsidies and generous tax breaks.

“By the end of this year, we should be producing up to 450,000 tons of bird meat,” he said on June 8. “For a bird to add one kilogram of weight, you only need to provide 1.7 kilos of feed. For livestock, you need eight kilos.”

As for imported beef, Uzbekistan is at the moment still strongly reliant on bringing it in from Kazakhstan, Ukraine and Belarus.

Mirziyoyev’s price interventions have not been restricted to foodstuffs. In February, he complained that airfares were too high and discouraging travelers from flying to Uzbekistan. The government’s target is to attract 1.7 million foreign tourists this year.

In April, one lawmaker was complaining that the relatively short, one-way flight between Tashkent and Kazakhstan’s business capital, Almaty, could cost up to $470. And yet, that a longer, one-way ticket to Moscow cost $420.

There has been some change since then. As of June 9, a return Tashkent-Almaty flight could be bought for $200. Moscow prices are variable depending on the season, but as things stand, they appear to have spiked, possibly in line with demand as migrant laborers are gradually able to return to Russia. Given the uncertainties of the COVID-19 pandemic, however, the current situation may not fairly reflect the general state of the market.