Uzbekistan: Is Gulnara Karimova out of prison?

Sources have told RFE/RL she has been returned to house arrest. 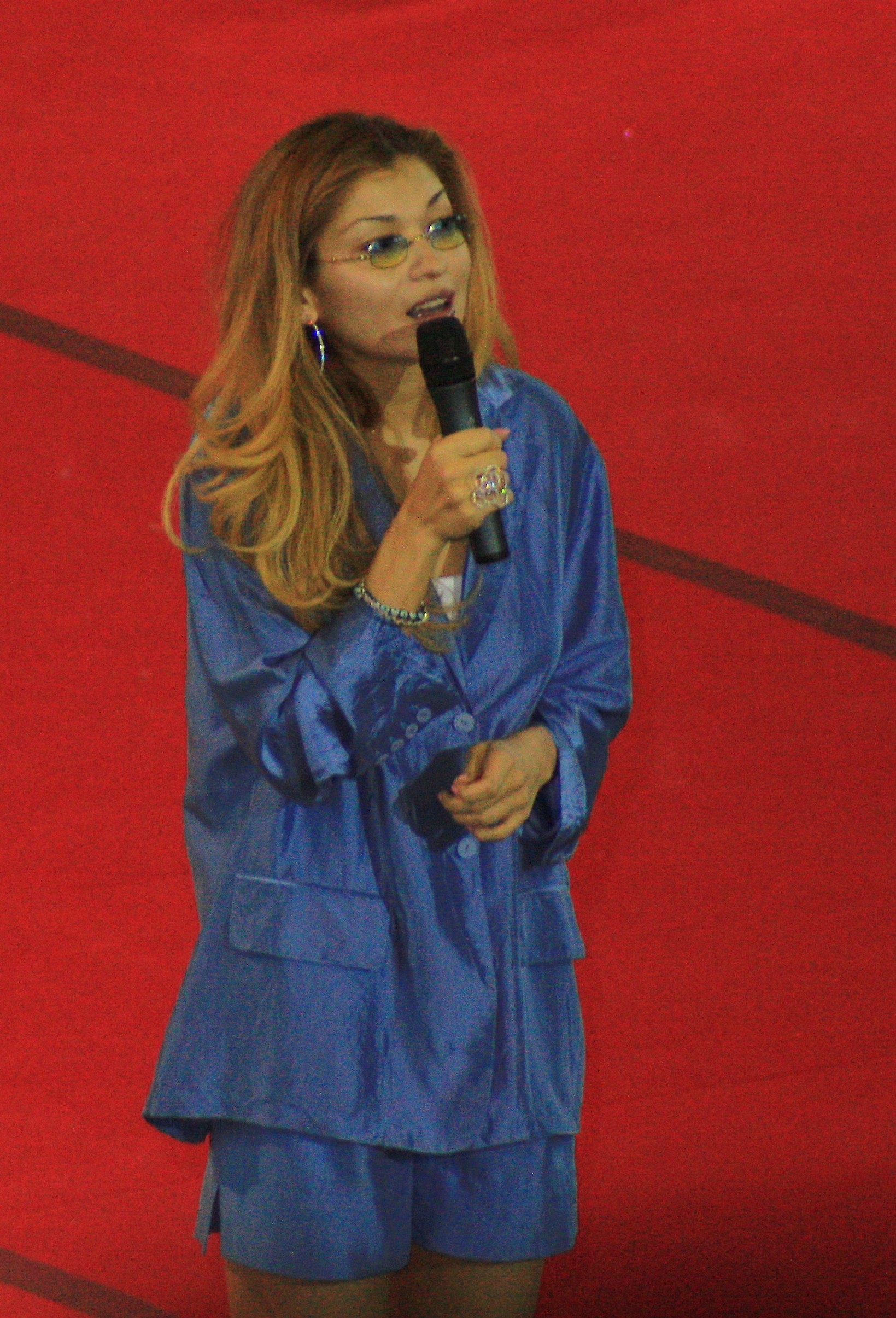 Gulnora Karimova seen at a sporting event in Tashkent in 2009. (Photo: Wikimedia Commons)

Just as Gulnara Karimova, the notorious daughter of the late president of Uzbekistan, was beginning slowly to slip from public memory, she is again making headlines.

Following days of speculation on the theme, RFE/RL’s Uzbek service, Radio Ozodlik, on October 3 cited unnamed official sources as saying Karimova, who has been behind bars on corruption charges since 2015, has been released from prison to serve out the rest of her five-year sentence under house arrest.

A representative for the General Prosecutor’s Office has indicated in remarks to RIA Novosti that claims Karimova has been released from custody are untrue. But the half-denial was suspiciously ambiguous and unconvincing. “Gulnara Karimova is serving her sentence in the decreed manner,” the official is cited as saying.

Precious little is really known about Karimova’s sentence. It was only in July 2017 that authorities even confirmed that she had been convicted at all. And it was shortly before then that news emerged that Karimova’s lawyer confirmed his client had been moved from house arrest to prison.

This all means that Karimova may have spent only a year plus small change in a prison. That is quite lenient treatment for the offense of allegedly extorting many hundreds of millions of dollars in bribes from international telecommunications companies.

Nothing to do with Karimova can occur, it seems, without a hefty dose of amateur dramatics, and this whole prison release affair has been no exception.

The wave of speculation about Karimova’s whereabouts was instigated by the revelation that her 20-year-old daughter, Iman Karimova, who was reportedly previously prevented from leaving the country, late last month flew out of Tashkent to London. The evidentiary trail was oddly fragmentary and tantalizing. An update on an Instagram account purported to belong to Iman Karimova featured the boarding pass containing the relevant information.

And then on October 1, Iman Karimova posted another message on Instagram to state that an attempt was made, as she was leaving Tashkent international airport, to snatch her laptop and other electronic equipment.

“Under the guise of a fake brawl in the airport, which was organized purposely, they tried to distract me, so they could destroy what was on my computer,” she claimed in a note relayed by Radio Ozodlik.

In a follow-up message, she wrote: “Mom is home now… So they were probably looking for something important :) How stupid!”

Officials have never confirmed at which prison Karimova was being kept. Radio Ozodlik has cited its own law enforcement sources to report that she was in a female penal colony in the Zangiota District, just west of Tashkent. Meanwhile, her Swiss lawyer, Gregoire Mangeat, has claimed she was being “held in a prison approximately three hours' drive from Tashkent.”

Ozodlik’s sources said Karimova’s return to house arrest was negotiated through a lawyer.

“They [agreed] on condition Karimova remained quiet in her home. She has no internet at home. That was done specially to make sure information about her condition and about ongoing negotiations with the authorities did not leak out into the internet,” the source was quoted as saying.

Beyond the drama involving Karimova’s person, authorities in Tashkent are, as of the last telling, still actively engaged in trying to track down money stashed away by her around the world. Law enforcement officials claim that Karimova and her associates managed to salt away more than $1.3 billion across at least 12 jurisdictions over the years. The bulk of those funds are believed to be located in Switzerland.

In June, Uzbek prosecutors told the media that they were in talks with their counterparts in Switzerland in a bid to repatriate some $810 million held on bank accounts there.