The website that posted the item claims it was hacked. 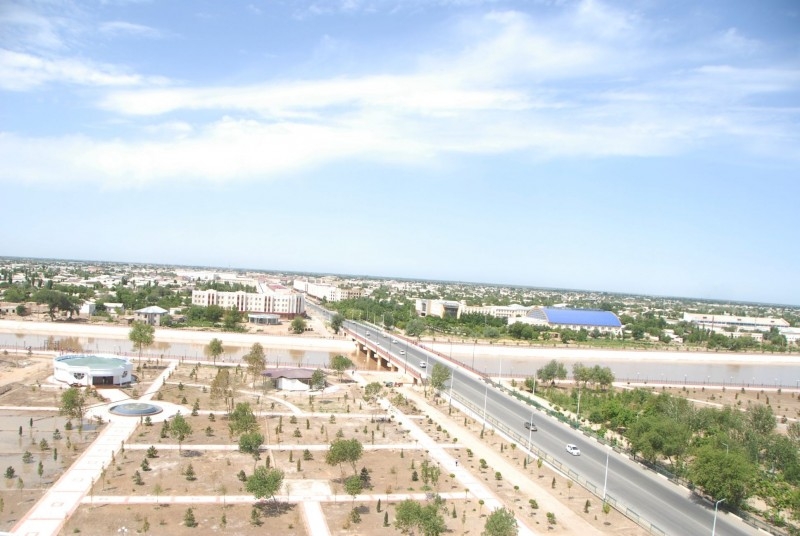 No news is Nukus: An aerial view of a city square. (Photo: Karakalpakstan government website)

Three journalists in western Uzbekistan were summoned to the local prosecutor’s office and questioned for hours over the weekend after using their social media accounts to share a news item that later turned out to be false.

Lolagul Kalykhanova, who runs the news website Makan, told Eurasianet she was detained at 10:30 p.m. on July 25 at her home in Nukus by agents with the security services. The officers, who arrived in six cars, immediately confiscated her laptop and mobile phone, she said.

“At the prosecutor's office, they forced me to tell them my password and to let them into my laptop. Then they asked me to write an explanation as to why I had published false information,” Kalykhanova said.

Another two reporters, Iskandar Yusupov and Kumar Begniyozova, editors at other local news websites, Kruz.uz and Kar24.uz, respectively, made their own way to the prosecutor’s office, also late in the evening. All three were held for questioning until 4 a.m.

The trio were summoned for the same reason. Hours before being detained, Kalykhanova posted a link on her personal Telegram channel to an online story about the purported death from coronavirus of Musa Yerniyazov, the chairman of the legislature of the autonomous republic of Karakalpakstan, of which Nukus is the capital.

The news turned out to be incorrect, however, although the link was to a real article published by a generally respected news website, Repost.uz. Editors at the website claim they were hacked and extended an apology to Yerniyazov’s friends and family.

Prosecutors confirmed that the trio of reporters had been summoned for what they termed “preventative conversations” and said that disseminating false information was punishable under the law. Ad hoc rules have been drafted recently to criminalize the dissemination of inaccurate information about the coronavirus outbreak specifically. Being found guilty of spreading misleading claims about COVID-19 is punishable by up to three years in prison.

That such drastic measures were taken to chastise journalists for sharing what appeared to all intents and purposes like a legitimate news item looks like backsliding to the times of the late President Islam Karimov, when speech was strictly policed.

The confusion arose in the first place because the fake information did have some grounding in reality. On July 18, the Health Ministry announced that Yerniyazov, 72, had fallen ill with COVID-19.

He was still being treated for the illness as of July 25, according to Furkat Sanayev, spokesman for the Health Ministry.

Yerniyazov has been a fixture on Uzbekistan’s political scene for decades and in his current job since 2002. That notwithstanding, he maintains an extremely low profile, rarely appearing in public or talking to reporters.

Information about his current state of health has accordingly been sparse.

Journalists in Karakalpakstan have moreover struggled to get access to any detailed information about their republic’s epidemiological situation in general. As Kalykhanova told Eurasianet, reporters in Nukus are often strongly reliant on outlets based in Tashkent, about 1,000 kilometers away, for news about their own region.

With Uzbekistan’s coronavirus outbreak having now reached critical levels, following an initial period in which the epidemic seemed to have been well contained, the authorities are looking ever more nervous about a new, unfolding narrative.

Over the weekend, the authorities announced that the second lockdown, which had been introduced in the middle of July, is to be extended to August 15, from the previous end date of August 1. The rules strictly regiment people’s movement and require the closure of a wide array of public facilities. Vehicles not carrying essential goods are banned from entering or leaving Karakalpakstan at all.

On July 24, the heads of all of Tashkent’s constituent districts went on live television to apologize for what they described as their inability to contain the spread of the virus.