She may remain behind bars until 2028. 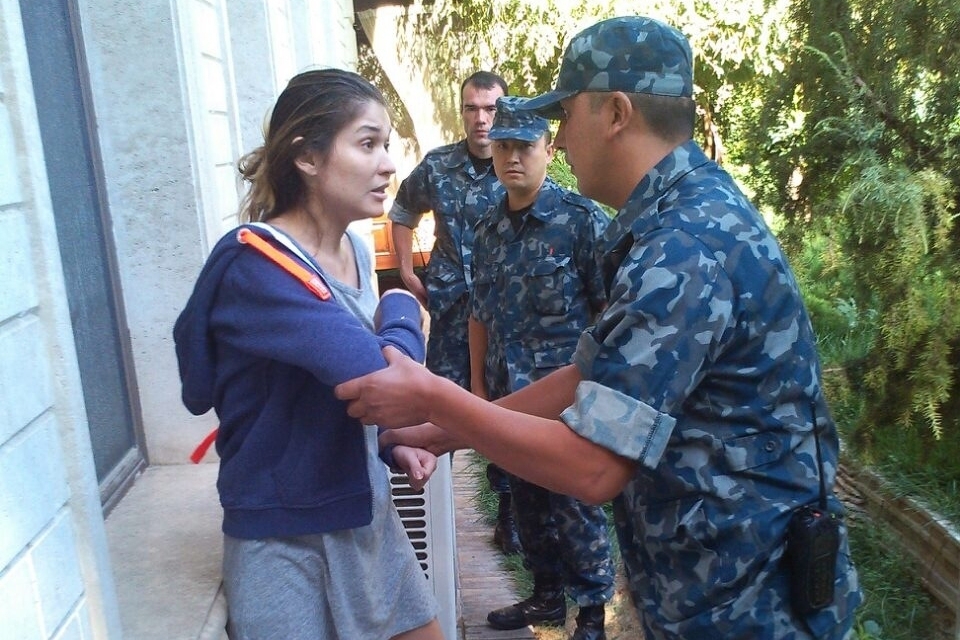 Photographs released by Karimova’s spokesman in 2014 show what appeared to be a tense standoff with the authorities around the time she disappeared from public view.

A court in Uzbekistan has slapped yet another prison sentence on Gulnara Karimova, the daughter of the late president, raising the prospect that she may remain behind bars until 2028.

The Tashkent City Court on March 18 found Karimova guilty on multiple counts, including embezzlement and extortion, and sentenced her to 13 years in prison. The sentence is to apply from 2015, when she was first convicted, and will be served concurrently with earlier sentences.

This verdict comes in spite of – or possible because of – recent attempts by Karimova to negotiate her release with the authorities in return for relinquishing claims to hundreds of millions of dollars held in frozen Swiss bank accounts.

Karimova was arrested in Tashkent in August 2015 on charges including corruption and tax evasion.

Following a secretive trial, Tashkent regional court in December 2017 sentenced Karimova to 10 years of “limited freedom,” which in effect meant house arrest. She later pledged to assist in recovering funds said to have been improperly acquired, prompting the court to commute the sentence to five years. In 2019, however, the court ordered Karimova to be moved to Zangiota prison, which lies just outside Tashkent, after finding that she had violated the terms of her house arrest.

Among the co-defendants in this last trial was Karimova’s long-time right-hand woman and confidante, Gayane Avakyan, who was given a suspended prison sentence of five years and three months. Avakyan is believed to have played a central role in handling the unlawful payments made by Nordic telecoms giant TeliaSonera to enter Uzbekistan’s telecoms market.

Other defendants received prison sentences of between five and 20 years.

In a letter addressed to President Shavkat Mirziyoyev in February, Karimova wrote that she was prepared to relinquish claims to $686 million held in frozen Swiss banks accounts in exchange for clemency in her case. Karimova said in the appeal, which was posted to Instagram on February 25 by her daughter, Iman Karimova, that $131 million were already being released for charitable use in Uzbekistan. That process has been held up because of pressure from the State Security Service, or SSS, and the office of the General Prosecutor, she complained at the time.

Far from winning her a reprieve, this attempt at negotiation appears to have landed Karimova in only more trouble.