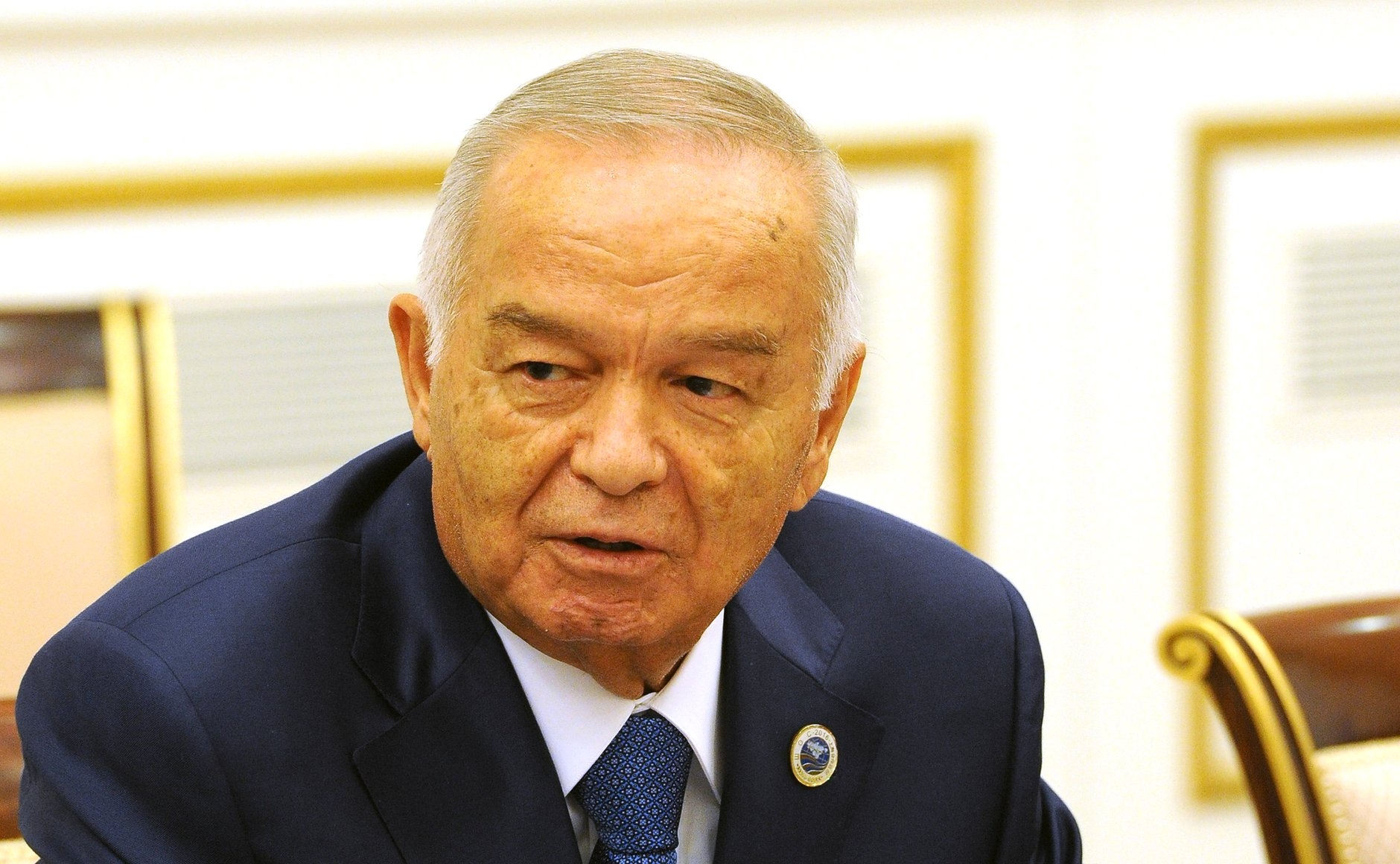 It seems that the leadership transition is not quite yet settled in Uzbekistan, but whoever succeeds President Islam Karimov (pictured here in late June 2016) will face a daunting challenge to keep the nation’s leaky economy afloat. (Photo: Russian Presidential Press Service)

What was supposed to be a gala celebration of Uzbekistan’s 25th anniversary of independence ended up being a crisis-management exercise. Yet the Uzbek leadership’s awkward efforts to project an air of continuity only seems to have heightened the sense of intrigue and mystery gripping the capital Tashkent.

The cause of all the uncertainty, of course, was the absence of President Islam Karimov, who, authorities acknowledged on August 28, suffered a cerebral hemorrhage. Since then, Uzbek officials and Karimov family members have insisted the president is alive, but no one has produced conclusive evidence to that effect.

Karimov, who came to power during the late Soviet era, is the only leader independent Uzbekistan has ever known. Thus, he was to have played a central role in Independence Day events held on August 31 and September 1. His inability to participate induced authorities to scale back the celebrations.

The authoritarian nature of Uzbekistan’s political system means that the country lacks a clear mechanism for the transfer of executive authority, and that decision-making takes place behind closed doors. Observers had speculated that Independence Day would provide some clarity on the state of Karimov’s health, as well as who is now holding the reins of power. But the events provided no clear-cut answers to either of those questions, leaving analysts to dust off their dog-eared Kremlinology handbooks.

Even if Karimov is still alive, many observers believe it unlikely that he could recover enough to resume his full presidential duties. At the same time, it would seem that the leadership transition is not quite yet settled in Central Asia’s most populous nation.

The most glaring evidence of continuing muddle within the Uzbek leadership was the fact that a TV news presenter read Karimov’s Independence Day address during the main evening news broadcast on August 31. It was the first time during Karimov’s tenure in power that he had not given the address himself. The mostly boilerplate speech stressed the need for stability and urged citizens to follow “the right path.” The address likewise called for the maintenance of the foreign policy status quo.

“During the years of independence, we have tried to boost relations and cooperation with neighbors and foreign states based on respect [and] the recognition of mutual interests, and we are ready to continue this policy,” Karimov’s address stated.

For much of Karimov’s reign at the top of Uzbekistan’s power pyramid, he has emphasized security above all else. Accordingly, he has ruthlessly suppressed all forms of dissent, whether political or religious in nature. The nation’s economic well-being seemed to be a secondary consideration to him.

But now there are signs that years of corruption, neglect and heavy-handed state management, along with the plunge in global energy prices, have placed Uzbekistan’s economy in a deep hole from which it will be difficult to dig out. Quite simply, Karimov’s successor will face a daunting challenge to keep the leaky economy afloat.

The chief source of Uzbekistan’s economic woes is low energy prices. This has impacted Uzbekistan in two ways: first, it has significantly curtailed earnings from natural gas exports, which, traditionally, have been an important source of revenue for Uzbek government coffers; second, it is the central cause for a drastic decline in the amount of remittances sent back to Uzbekistan by labor migrants abroad, especially in Russia.

Remittances are arguably the chief pillar upon which Uzbek economic stability rests. Back in 2012, before the plunge in energy prices began, official Russian data showed that remittances sent back to Uzbekistan from Russia totaled $5.7 billion. That same year Uzbek government’s earnings from gas exports stood at $5.03 billion and cotton exports were estimated at $1.25 billion.

Since 2012, the value of remittances sent to Uzbekistan from Russia has gone into a downward spiral. After hitting a peak of $6.67 billion in 2013, according to Russian Central Bank figures, the annual remittance total fell to $3.05 billion in 2015. And during the first quarter of 2016, remittances stood at $378 million, a sharp drop from the $466 million during the same period the previous year.

Given that the energy-export-dependent economies of Russia and Kazakhstan – the favorite destinations for Uzbek guest workers – show no signs of an imminent economic recovery, it is a good bet that employment opportunities for labor migrants will dwindle and remittance figures will keep heading south for the foreseeable future. That raises the specter of increasing domestic discontent in Uzbekistan because the moribund Uzbek labor market lacks the ability to absorb the spreading pool of returning labor migrants.

With the energy sector struggling, and remittances evaporating, Uzbek authorities cannot count on cotton to make up some of the income gap. Export volumes have dipped in recent years and prices for the commodity have fluctuated.

US Department of Agriculture estimates show that Uzbek cotton exports hit a peak of 3.2 million bales during market year (MY) 2012/13. In MY 2015/16, the figure fell to 2.3 million bales. The projected export total for MY 2016/17 is 2.75 million bales. But prices for cotton on global commodity markets are markedly lower these days, as compared with 2013-14.

Inflation likewise appears to be in check, Uzbek government statistics suggest. The inflation rate slowed to 2.5 percent during the first half of 2016. Overall, the rate stood at 5.6 percent for 2015 and 6.1 percent in 2014.

The veracity of such favorable economic figures is called into question by the steady decline in the value of the national currency, the som, on the black market, which is perhaps the clearest, market-based indicator of the country’s economic performance.

It is worth noting that the black market rate has remained relatively stable since news of Karimov’s incapacitating illness was announced. This would indicate that the market, at least, does not expect much to change in the way the country is run.