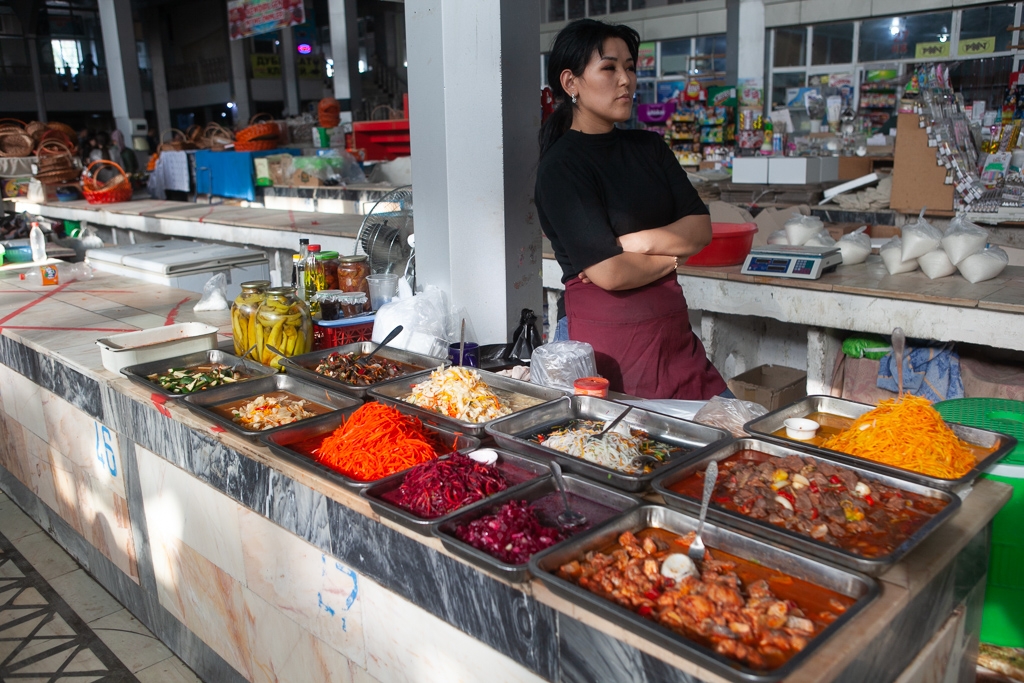 Prices for staples in Uzbekistan have skyrocketed this month. (David Trilling)

The harshest winter since 2008 is contributing to shortages of staple vegetables across Central Asia and sending prices north in a region still suffering from COVID-induced food inflation.

In Uzbekistan, record frosts have highlighted the shortcomings of the national energy system as even residents of the capital spent days on end without power. But the cold has also hammered the agriculture sector in the region’s most populous country.

On January 20, the Uzbek agriculture minister announced a four-month ban on exports of onions after prices doubled in three weeks.

The title of the ministry’s press release – “there are reserves of onions in Uzbekistan” – hints at panic.

Once among the cheapest onions produced by former Soviet countries, Uzbek onions are now as expensive as onions from countries like Georgia and Moldova, the ministry said, reaching 6,000-8,000 sum (53-71 cents) per kilo.

While the frosts have ruined part of the onion stock in storage, that is not the only source of pressure on prices. Vast energy deficits have strained logistics, with gas stations shut down and roads covered in ice, the ministry said.

In comments to private news website Gazeta.uz, one resident of Bukhara region gave an account of this perfect storm: "Due to the closure of gas stations, there are problems with public transport. On Tuesday we went to the market and did not see a single bus. The only thing left is taxis. Food prices have gone up. They say that goods are not being brought from Tashkent. There are no sellers at the Kholkhozni bazaar because vegetables and fruits have frozen."

Potatoes have also jumped in price since the start of the year – by 14 percent, reported specialist agriculture news site East Fruit last week.

Price shifts elsewhere in Central Asia have been less severe, but experts say the true impact of the deep freeze will become apparent in the coming weeks and months.

A consultant for the UN’s Food and Agriculture Organization in Tajikistan, Bakhtiyor Abduvokhidov, told East Fruit that carrots could become scarce soon, noting that Tajik farmers tended to store harvested carrots in the ground due to a lack of warmer storage space.

"It is still impossible to say how they [the carrots] endured the frosts – we need to wait for the soil to thaw and the first batches to be dug out to assess the damage," Abduvokhidov said. "However, since the temperature in the regions where carrots remained in the ground for several days in a row dropped to -15 Celsius at night, it can be assumed that they are damaged.”

The Ministry of Trade and Integration on January 22 said that prices for Kazakh onions had risen more than 5 percent in the space of a week.

Minister Serik Zhumangarin told journalists two days later that there are around 150,000 tons of onions in the country – enough for around five months, but less than authorities had previously thought. The reason for onions disappearing, Zhumangarin argued, was surging demand in Uzbekistan and Russia, as well as Pakistan, a major producer that suffered floods last summer and now has a deficit of the vegetable. (In the months before the cold snap, East Fruit reported that Uzbekistan was ramping up onion exports to the South Asian nation.)

Zhumangarin said his ministry is working with officials at the border to prevent smuggling.

After deadly unrest last January, authorities are especially anxious about this trend. In one measure to avert price spikes, the trade ministry said it had ordered Kazakhstan’s regions to buy from producers in the agriculture-rich southern Turkestan region.

But there, too, the frosts have wreaked havoc, with Turkestan’s greenhouses – more than two thirds of Kazakhstan’s total – witnessing large scale harvest failures.

Turkestan farmers interviewed by local outlet Otyrar.kz blamed poor-quality coal for the season’s losses, saying the fuel had failed to warm heating pipes inside the structures. One tomato grower told Otyrar that his operation had planned to harvest over 1,200 tons but managed just 250 tons, with the rest of the produce going to waste.

Another initiative that the trade ministry believes will stabilize the local onion market is an agreement to purchase 6,000 tons from Tajikistan.

Authorities in Tajikistan’s Khatlon’s region say they have reached export agreements with Kazakhstan’s ambassador and a delegation of Kazakh businessmen and sounded positive notes on the potential for ramping up agricultural exports to Kazakhstan.

Dushanbe seems ambivalent to the effect that this might have on domestic prices.

According to a report by independent news outlet Asia-Plus, Tajik onion prices have tripled year-on-year to reach around 73 cents per kilogram, measured against the official exchange rate. An agriculture expert quoted by the website said that the most recent onion harvest in Tajikistan had been successful, with only “minor losses.”