Businesses are being allowed to reopen and people to take in some fresh air. 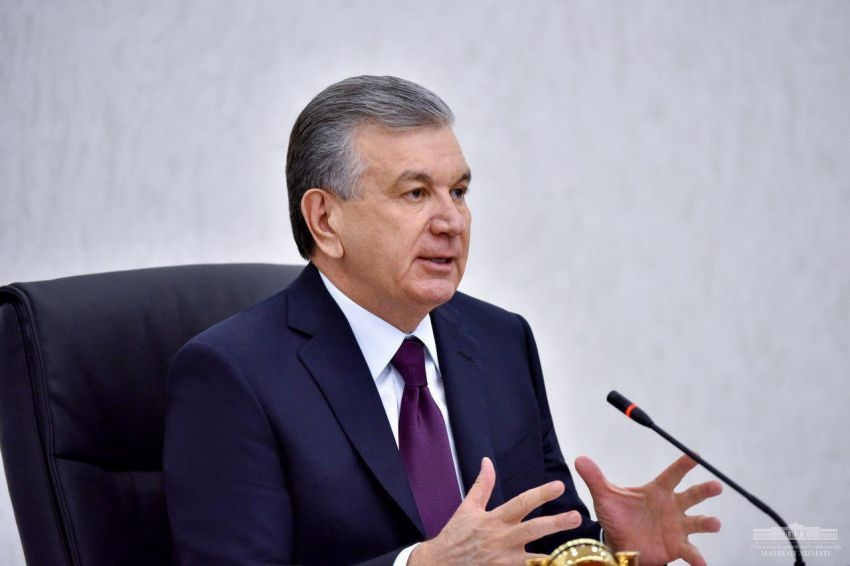 Following weeks of strict lockdowns across their countries, authorities in Uzbekistan and Kazakhstan have begun easing restrictions on movement in the hope of limiting the scope of economic damage caused by the coronavirus pandemic.

Health officials warn, however, that the danger has not passed.

Uzbek President Shavkat Mirziyoyev said on April 29 that to avoid financial losses to companies working in the agricultural sector, he would allow the movement of vehicles transporting fruit and vegetables between cities and regions.

Two key, currently blocked, points of passage are the Kamchik Pass, over which trucks carrying produce from the Ferghana Valley and Tashkent must travel, and the roads between Samarkand and the western semiautonomous republic of Karakalpakstan. Mirziyoyev said a food security commission at the Prosecutor General’s Office would oversee the resumption of freight traffic on those routes.

Rules are also to be loosened for the general public. Motorists will from April 30 be allowed to use their cars between 7 a.m. and 10 a.m. and again from 5 p.m. to 8 p.m for the purposes of going to work, buying medicine and shopping for essentials. In recognition of the changing seasons, parents will be able to take their children for walks, but only to locations near their homes.

Mirziyoyev advised against abandoning caution though.

“If we do not all strictly adhere to requirements, and enforce hygiene standards and quarantine seriously, everything we have done, all the measures we have adopted, may turn out to have been useless,” he said.

Chief epidemiologist Nurmat Otabekov echoed that sentiment on April 30, noting that while the current situation might be encouraging – more than 1,000 are still receiving treatment, but a similar number have been discharged after successful recovery – there is no room for complacency.

“As soon as the last patient leaves the hospital and there are no new patients recorded for a 14-day period, then we can rest,” Otabekov said.

Contact with the outside world is accordingly to be limited. Uzbekistan Airways said this week that flights to other countries will not resume until June 30 at the earliest. Although scheduled routes are suspended, some chartered flights are happening.

Although the Uzbek government has conducted its COVID-19 public information campaign with uncharacteristic vigor, specific aspects of its fight against the disease are not well understood. Journalists have been prevented from freely communicating with medical staff on the ground, which has limited understanding of conditions in hospitals, treatment protocols or the accuracy of the government’s daily figures.

The apparent success of the battle against COVID-19 has centered on strict adherence to the lockdown regime, which seems to have been strongly enabled by a compliant population. Meanwhile, the large number of potential suspected coronavirus carriers under quarantine – more than 85,000 as of April 30, according to Otabekov – has echoes of the strategy successfully adopted in China.

Law enforcement has done its bit too. As of April 27, more than 71,000 fines have been handed out to people deemed to have violated lockdown restrictions, which should net the state around $4.5 million.

With the success of abatement efforts in mind, select enterprises are being permitted to resume operations. Mirziyoyev said that of the 14,000 companies in the Tashkent region whose activities had been strictly checked, almost 5,400 would be permitted to gradually return to normality. That number may grow soon upon additional consideration. Similar easing of economic activity is taking place in regions across the country.

Kazakhstan looks to be a little ahead of Uzbekistan on its lockdown-softening agenda.

Prime Minister Askar Mamin said on April 20 that restrictions were to be relaxed in the country’s largest cities, Nur-Sultan and Almaty, to allow select industrial enterprises, construction companies and certain service providers to reopen.

“Depending on the epidemiological situation, we will continue to gradually mitigate the lockdown regime, allowing more enterprises and businesses to operate,” he said at the time.

President Kassym-Jomart Tokayev on April 29 adopted a decree to extend the national state of emergency through to May 11, but allowances are being made.

As of May 4, non-grocery stores covering areas of up to 500 square meters will be permitted to reopen. Hairdressers, medical centers and dentists may admit visitors, but only by appointment. Real estate and insurance companies, advertising agencies, lawyers and notaries, microfinance organizations, pawnshops and currency exchange offices are likewise among the businesses permitted to begin working again.

The Industry and Infrastructure Development Ministry has published a schedule of flight routes that will resume next month. All the flights are internal and include routes from Nur-Sultan and Almaty to Kyzylorda, Ust-Kamenogorsk, Semey and Petropavlovsk.

People suffering from cabin fever and concerned about fitness have also been granted a reprieve. As of next week, sporting activities and outdoor training will be allowed. In some cities, parents are already allowed to take their children out for walks or to playgrounds, so long as these places are not far from their homes.