Urazbayev and a group of other Kazakhstan-based Karakalpaks have been accused of trying to undermine the constitutional order in Uzbekistan. 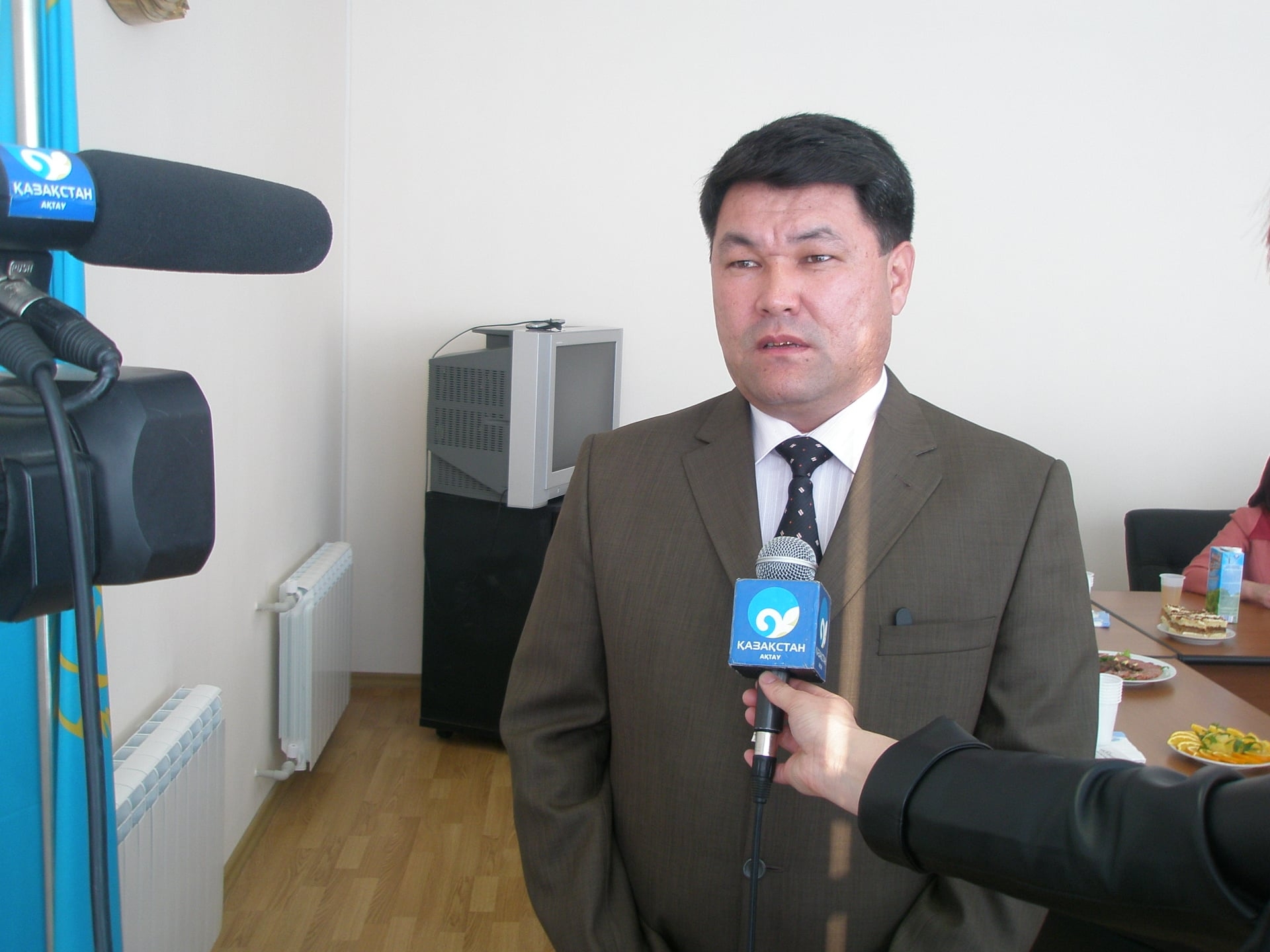 Uzbekistan has issued a warrant for the arrest of a Karakalpak activist based in neighboring Kazakhstan as Tashkent keeps up its hunt for Karakalpak exiles in the wake of deadly political unrest that broke out in the west of the country in early July.

Aqylbek Muratbai, a representative of the Karakalpak diaspora in Kazakhstan, wrote in a tweet on October 13 that Nietbai Urazbayev, who chairs a Karakalpak cultural association in the Mangystau region, has been placed on a wanted list for allegedly undermining Uzbekistan’s constitutional order.

Almaty-based news outlet Vlast managed to reach Urazbayev, who told the website that he was visited at his place of work by a Kazakh police officer on October 6, following the issue of the warrant by a court in the western Uzbek city of Khojayli.

“In the evening, after work, I went to the police precinct, where they showed me the ruling of the Khojayli court. They stated that during the July events, I campaigned, in my capacity as chairman of the Allayar Zholy ethno-cultural association, against the [Uzbek] authorities,” Urazbayev was quoted as saying.

Urazbayev, a 53-year-old Kazakh national, said he has also been accused of maintaining contact with a “criminal group” comprising Dauletmurat Tazhimuratov, a Nukus-based activist who has been held incommunicado by Uzbek authorities for more than two months, and two other individuals. 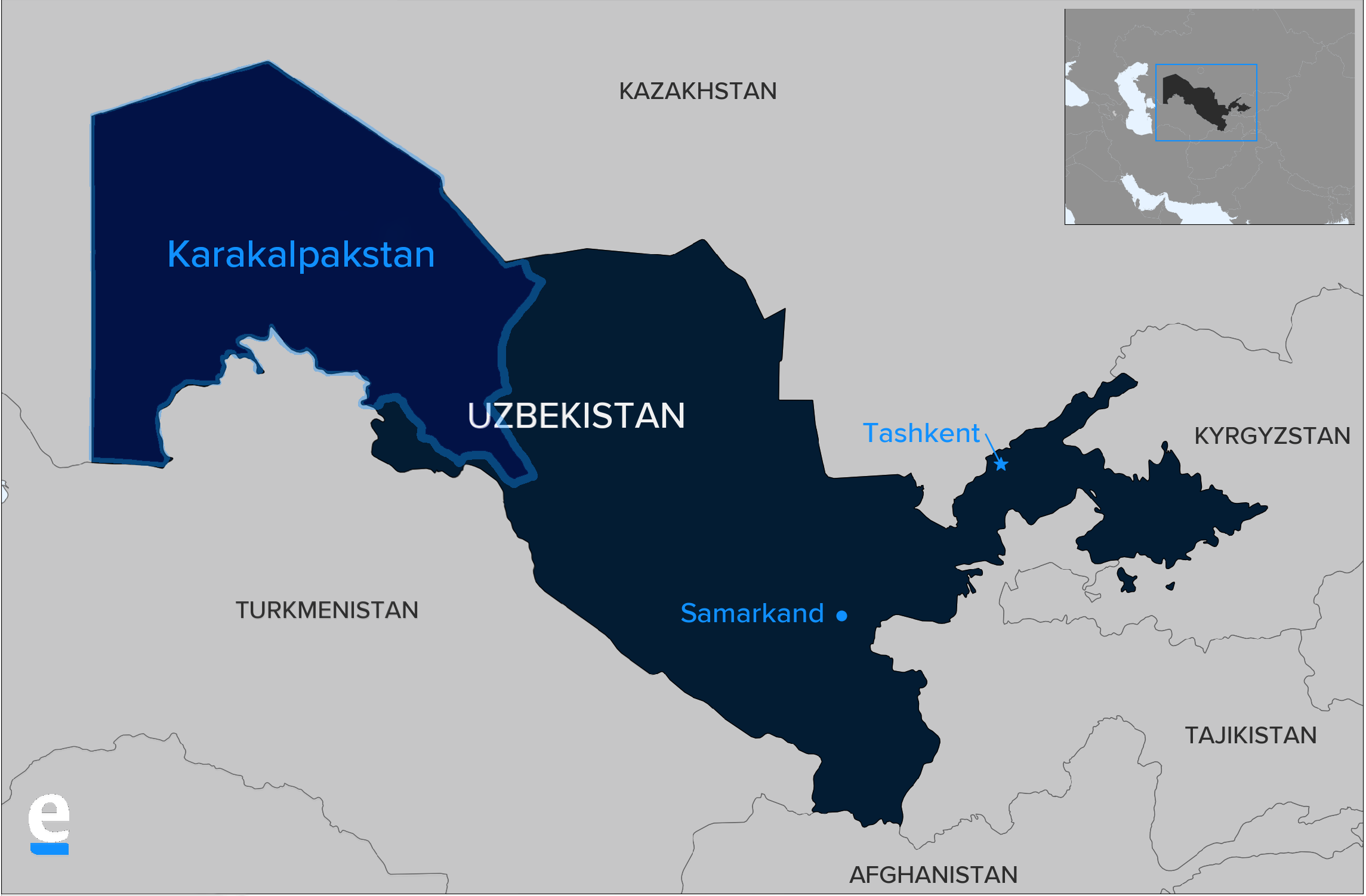 A statement circulated by the Karakalpak diaspora cast the effort to secure Urazbayev’s detention as part of a broader campaign of arrests that have taken place in Kazakhstan.

“Just as in the case of the previous arrests of four people from the Karakalpak diaspora in Almaty, the accusations against this resident of Aktau are utterly without basis,” the statement read. “During the [early July] protests, Nietbai Urazbayev was performing a shift at the Karazhanbas [oil field in the Mangystau province], because he is the head of a team at a service company.”

Over the last two months, Kazakh authorities have detained four Karakalpak activists at the behest of Tashkent, which is seeking the quartet for also allegedly undermining the constitutional order in Uzbekistan: Ziuar Mirmanbetova, Raisa Khudaibergenova, Zhangeldy Zhaksymbetov and Koshkarbai Toremuratov.

A court in Almaty on October 7 ordered that Mirmanbetova be placed in custody for at least 40 days.

The other three got the same treatment on September 20. Diaspora activists speculated at the time that the intent was to prevent Karakalpak activists from attending the Organization for Security and Cooperation in Europe’s Warsaw Human Dimension Conference taking place from September 26 to October 7.

The unrest that rocked the capital of Uzbekistan’s Karakalpakstan semi-autonomous region, Nukus, and nearby towns and villages in the first few days of July erupted in the wake of the announcement of planned changes to the constitution that would have seen the dilution of the province’s autonomy. According to official figures, at least 21 people, including four law enforcement officers, were killed in the clashes.

The Uzbek government’s investigation into the events is unfolding under a heavy cloak of secrecy. The precise number of people detained in connection with the unrest is unknown. Proxies for the government insist that jailed suspects have been provided adequate legal representations, although little is known about this with certainty.

Energetic attempts to seek the extradition of foreign-based Karakalpaks, meanwhile, looks designed to silence people based outside Uzbekistan. As things stand, Kazakhstan appears willing to assist Tashkent in pursuing that campaign.