The bank is a minnow, but its sale allows Tashkent finally to start slashing state ownership of banking sector assets. 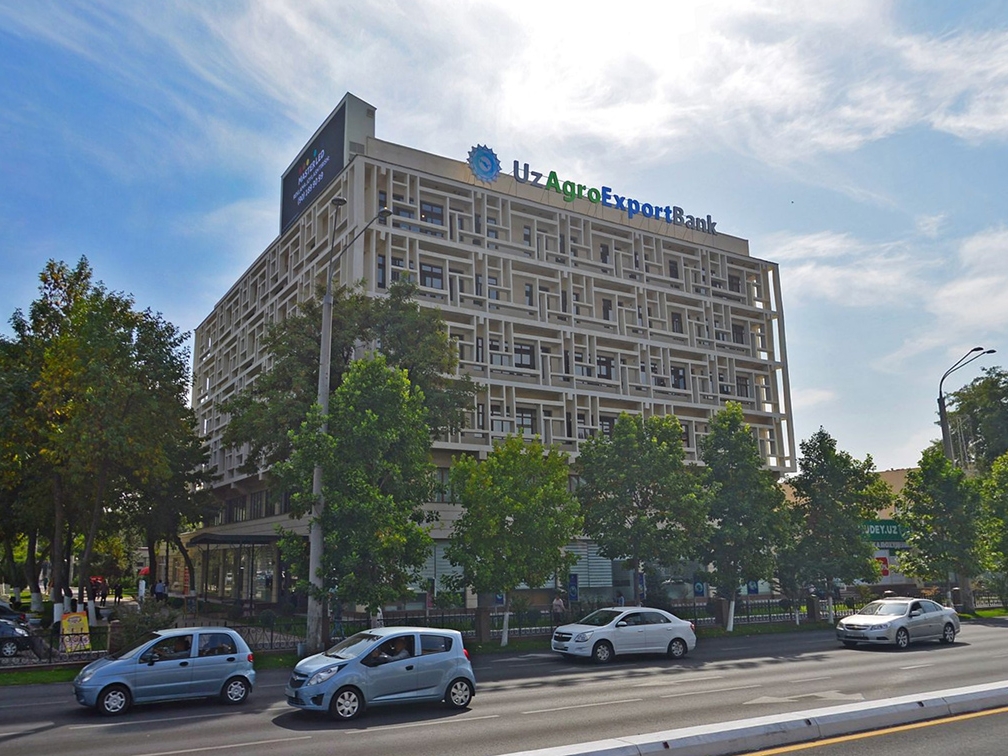 Ailing UzAgroExportBank has been warned by the central bank over breaches of authorized capital requirements. (Yandex Maps)

The road to banking privatization has been long and tortuous in Uzbekistan, but the government finally has something to celebrate.

Tashkent has agreed to sell off one of Uzbekistan 12 state-owned banks, taking it a step closer toward its goal of bringing private sector competition to an industry where the state is king. That is a keynote strategy of President Shavkat Mirziyoyev’s economic reform agenda.

The government is selling its 100 percent stake in UzAgroExportBank for $5 million, the State Assets Management Agency (known as UzSAMA), announced late last year.

The buyer is Uzbek tycoon Olimjon Shodiyev, who owns Support Level, the company stumping up the cash.

Shodiyev is a nephew of Patokh Shodiyev, who is best known as one of the owners of the Eurasian Natural Resources Corporation, a Kazakhstan-based resources giant.

Shodiyev’s Support Level has committed to investing millions of dollars in its new acquisition. In the short term, it will make a 29 billion som, or $2.5 million, cash injection to boost UzAgroExportBank’s authorized capital. In the longer term, it will invest at least $50 million to develop banking infrastructure and new technologies and financial products.

This is a sharp turnaround in fortunes in the six months since a planned sale to Russia’s Sovkombank collapsed because of international sanctions imposed against Russia over its invasion of Ukraine.

That was a blow to the government as it pursues a privatization campaign that has been dogged by delays that are not of Tashkent’s making, from the pandemic to the war.

Furthermore, the terms of the deal now struck with Shodiyev are better than those of the scotched Sovkombank agreement.

That bank had agreed to purchase the state’s 100 percent stake in UzAgroExportBank, which services agricultural producers and exporters, for $4 million, or $1 million less than Shodiyev is paying.

The purchase price is also above the value of the bank, which UzSAMA put at 50 billion som, or $4.4 million.

Ailing UzAgroExportBank has been warned by the central bank over breaches of authorized capital requirements. Credit operations have been suspended for three years as the bank struggles with toxic assets that now make up 96 percent of its 6.1 billion som, or $537 billion, credit portfolio.

That is stratospherically higher than average. The ratio of non-performing loans across Uzbekistan’s banking sector is just 4 percent, or 4.3 percent among state-owned banks.

Small wonder, then, that the authorities leapt at Shodiyev’s offer, which was accepted on the recommendation of London-headquartered consultancy Grant Thornton.

UzSAMA did not invite tenders or put the bank up for auction, presumably in light of its dire financial straits.

UzAgroExportBank is a minnow: the smallest of Uzbekistan’s 12 state-owned banks, with assets worth just 0.009 percent of the nation’s banking portfolio.

But its sale marks a success for Tashkent as it pursues its ambitious goal of slashing state ownership of banking sector assets by half, from 78 percent currently to 40 percent.

The news follows the revival of plans to sell a stake in another state-owned bank, Ipoteka, to Hungary’s OTP Bank, which had been derailed by the war but is now back on track.