The presidents spoke by phone, garnering plaudits for their conflict-containment efforts. 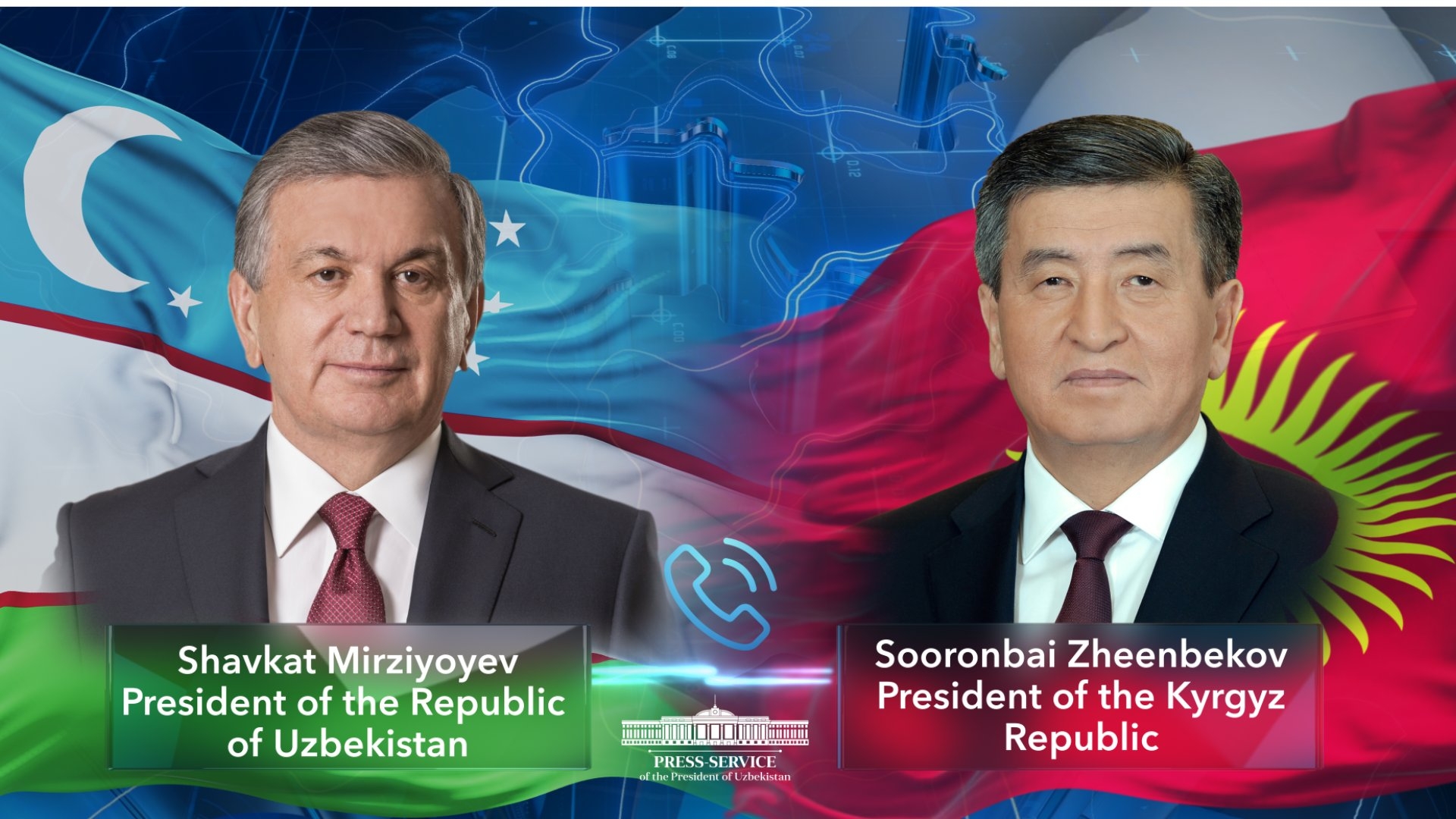 Hello, is it me you're looking for?: Mirziyoyev and Jeenbekov engaged in rapid, telephone diplomacy. (Photo: Uzbek presidential press office)

Violence among residents on the border of Kyrgyzstan and Uzbekistan over the weekend has left dozens hurt and prompted a bout of rapid, high-level diplomacy between the leaders of the two nations.

The fighting on May 31, which broke out between villagers in the Kyrgyz settlement of Chechme and the Uzbek enclave of Sokh, appears to have arisen out of a dispute of access to water. Stone-throwing eventually escalated into something more serious as buildings were set alight.

The Kyrgyz Health Ministry said 25 people on its side of the border were injured, with four needing hospitalization.

The Uzbek border service gave a succinct summary of the incident on its Telegram channel, but provided scant details, other than to say that local officials from both sides had met in a bid to bring a peaceable end to the standoff. Kyrgyz officials said security forces from both countries had agreed to jointly patrol the area and do outreach work with local residents.

Kyrgyz First Deputy Prime Minister Kubatbek Boronov and Uzbek Prime Minister Abdulla Aripov quickly travelled to the scene of the unrest to hold talks and pledge a joint investigation. The pair agreed those responsible should be prosecuted.

Kyrgyzstan and Uzbekistan share a long and jagged 1,370-kilometer border that has been a source of tension since independence. Matters have improved greatly, however, since 2017, when around 80 percent of the border was demarcated following a bilateral agreement. The breakthrough has been commonly attributed to Uzbek President Shavkat Mirziyoyev, who came to power in 2016 amid pledges to develop a good neighbor policy.

The swift manner in which Mirziyoyev reached out to his Kyrgyz counterpart over this incident attests to the increased level of mutual confidence since the days of the late Uzbek leader Islam Karimov.

Mirziyoyev’s press team said in a Twitter statement about their June 1 telephone conversation that “extensive measures [are] to be taken to prevent [the] recurrence of such a situation.”

John MacGregor, the project coordinator in Uzbekistan for the Organization for Security and Cooperation in Europe, took to Twitter to praise this exchange.

“This is how to prevent conflict: engaging at the top national leadership level – Uzbekistan demonstrates international best practices in conflict preventions, an excellent example for the OSCE region and around the world,” MacGregor wrote.

Although border disputes are rarer these days, unrest does still occur, especially when it comes to the sharing finite resources in a tightly packed part of the region. At least a pair of dustups occurred in January and May this year, respectively, about access to pastureland. Nobody was injured in those instances.