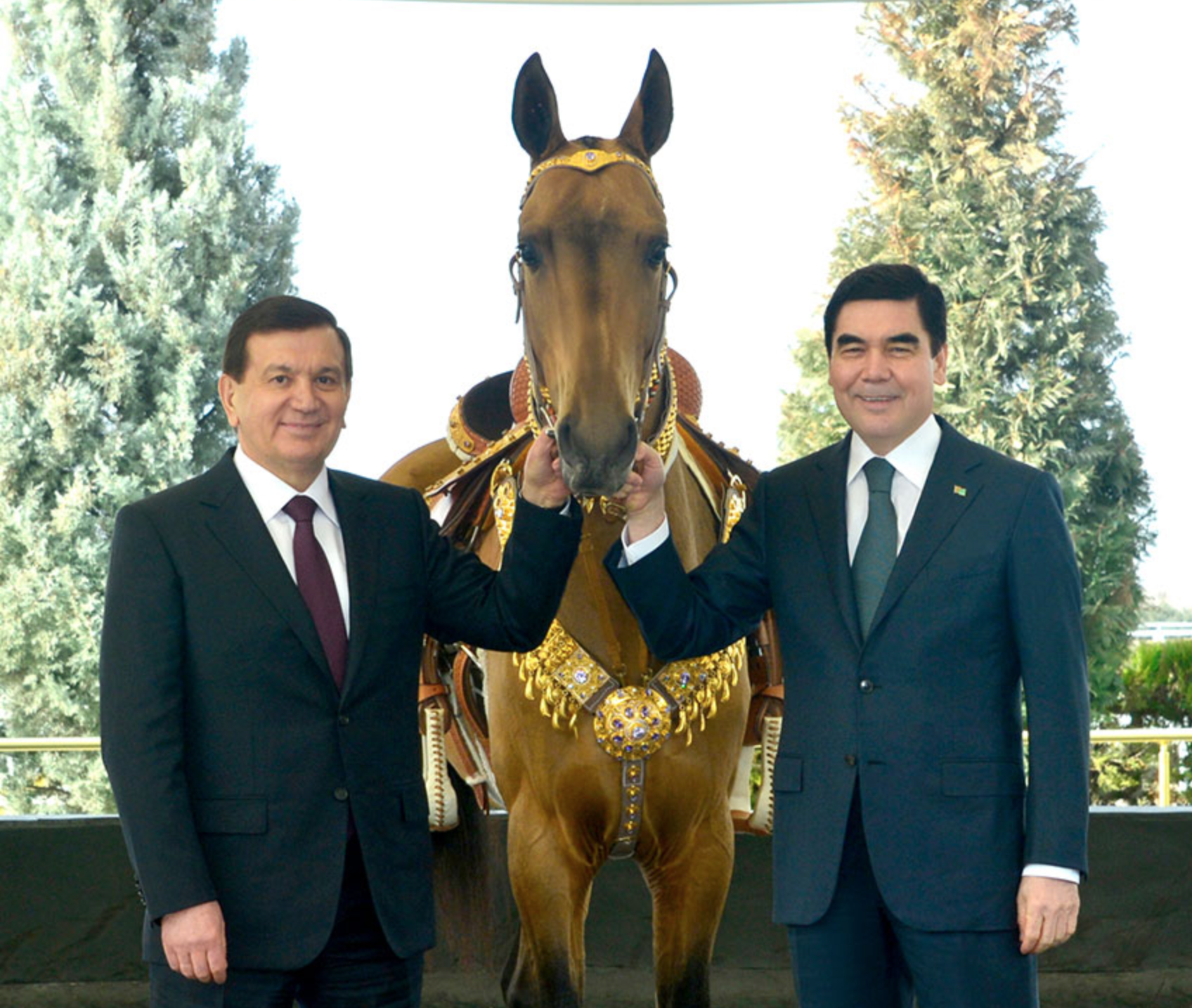 The president of Uzbekistan’s maiden foreign trip, to Turkmenistan, may prove a valuable exercise in building bridges — well, inaugurating them at least.

For his first visit since becoming leader of his country, Shavkat Mirziyoyev decided on March 6 to pay a visit on his neighbors to the south — a fresh indication that Uzbekistan may seek to revive its often shaky regional relationships at the expense of broader geopolitical alliances.

In line with custom, the trip was marked by a flurry of document-signing.

Mirziyoyev and his Turkmen counterpart, Gurbanguly Berdymukhamedov, inked an agreement on economic cooperation in 2018-2020 and a memorandum of understanding on the need to develop railway infrastructure, among other documents.

Turning from word to deed, the two leaders traveled to the northeastern Lebap province on March 7 to attend the ceremonial inauguration of the 1.75 kilometer Turkmenabat-Farap railway and road bridge, which straddles the Amu-Dary River and could conceivably enable greater cross-border traffic. Until now, trains crossing the river coursing along Turkmenistan’s side of the border did so using a bridge built in 1901.

According to a Turkmen state media account, the leaders stood at the banks of the river and watched as traffic traversed the newly opened bridges — trains arrived from Uzbekistan, and in the other direction, trucks carried textiles, fertilizers and other goods.

Ambitious visions on transportation appear to have dominated the visit.

Both leaders stressed their intent to strengthen interaction in the transport sector with the aim of putting infrastructure in place to unify the transportation systems in Central Asia, Europe and the Middle East and thereby enable the export of goods to the world market. Turkmenistan is eager to work on the corridor running across the Caspian Sea to the south Caucasus and then linking up with Black Sea ports in Georgia, Turkey and Romania.

Mirziyoyev and Berdymukhamedov also signed an agreement to “intensify substantive cooperation” on implementing a five-nation agreement (Uzbekistan-Turkmenistan-Iran-Oman-Qatar) dating back to 2011 that envisioned a transit corridor linking Central Asia to countries in the Middle East. Berdymukhamedov said that he is poised to travel to Qatar next week to discuss reviving this initiative.

Berdymukhamedov said that his government was prepared to intensify cooperation in the project to “supply electricity from Central Asia to South Asia along the Turkmenistan-Uzbekistan-Tajikistan-Afghanistan-Pakistan route.”

For all the optimistic talk, however, not all is well on the energy front.

The Turkmen leader alluded, for example, to the troubled fourth strand of the the Central Asia-China gas pipeline network, which it was revealed last week may have been postponed indefinitely — partly at Uzbekistan’s wish. All the goodwill in the world may not be enough to bring that project back to life.

Like all official visitors to Turkmenistan, Mirziyoyev was shown around the Akhal-Teke horse-breeding complex outside the capital, Ashgabat, where he was gifted one of the animals.

“On behalf of the Turkmen people, an Akhal-Teke horse was presented to the brotherly nation of Uzbekistan in another vivid symbol of the inviolability of the friendship and good neighborliness that exists between the two nations,” the Turkmen state news agency reported.

This kind of florid exchange is nothing new and, if anything, such language has typically hidden a history of mutual wariness — yet another legacy of the two nations’ respective late presidents Saparmurat Niyazov, who died suddenly in 2006, and Islam Karimov, who died with similar suddenness in 2016.

These are difficult times for the region, however, and the discovery may be dawning that it is not fences but bridges that make good neighbors.