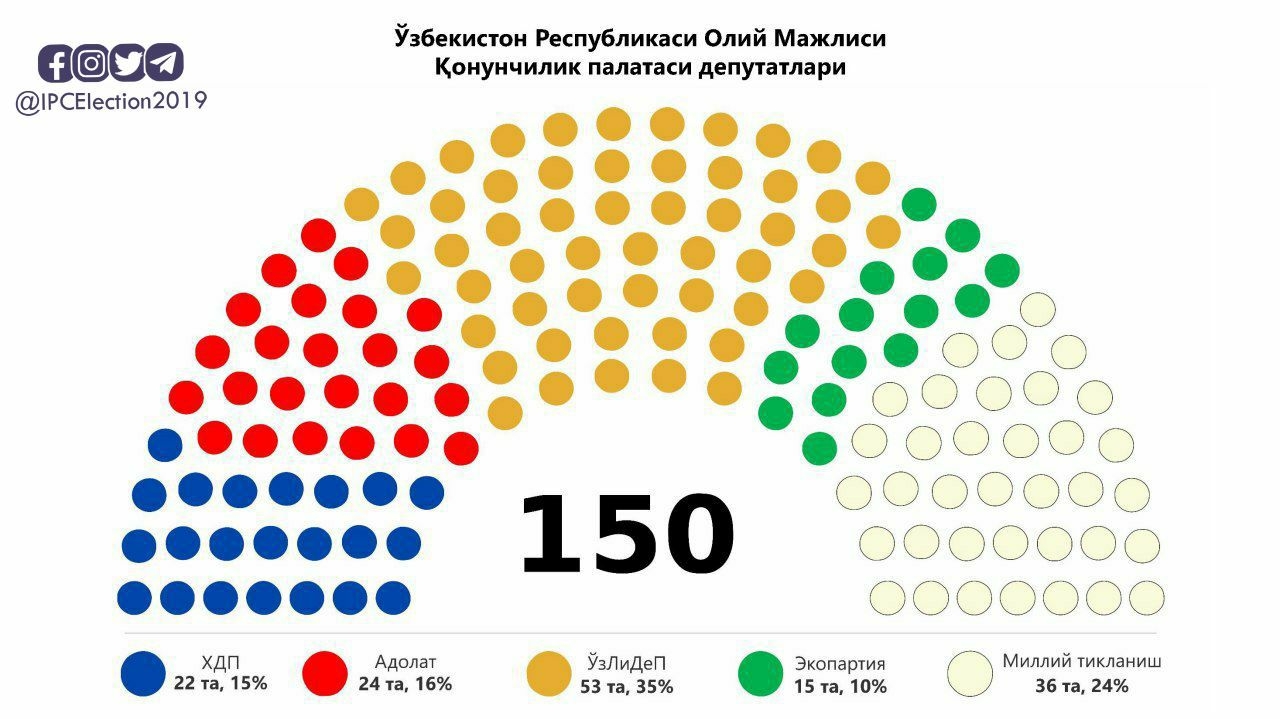 A second round of voting in Uzbekistan’s parliamentary elections held on January 5 has decided the definitive makeup for the legislature – one that looks little different from the one it is replacing.

In the 25 constituencies where a runoff vote was needed, because no single candidate got more than 50 percent of the ballots, 11 seats were won by President Shavkat Mirziyoyev’s Liberal Democratic Party, or UzLiDeP. That increases the party’s representation in the 150-seat parliament by one deputy, to 53.

The remaining seats were divided among runner-up party Milliy Tiklanish, which added two deputies to its December election tally, and the Social Democratic Party, or Adolat, the People’s Democratic Party and the Ecological Party, which all added four seats through the runoff votes.

The unerring similarity between legislatures – only Adolat and People’s Democratic Party endured major changes, adding four and losing five seats, respectively – will fuel skepticism about whether the polls represented any kind of stride toward greater pluralism and representation.

One development played up by election officials is that the number of women represented in parliament has doubled. Where only 24 women got into parliament in the 2014 elections, that number has now risen to 48 – still less than one-third of the total. The members of parliament are also a whisker younger than they were before. The average age of MPs is 46.

Although no party has enough seats to form a majority, UzLiDeP is accorded the right to nominate the prime minister and then form the government. In Uzbekistan’s highly consensual and controlled political landscape, this typically plays out as a formality. It is not yet clear that this time will be any different.