Brussels says the Russian billionaire has supported people behind Putin’s war in Ukraine. 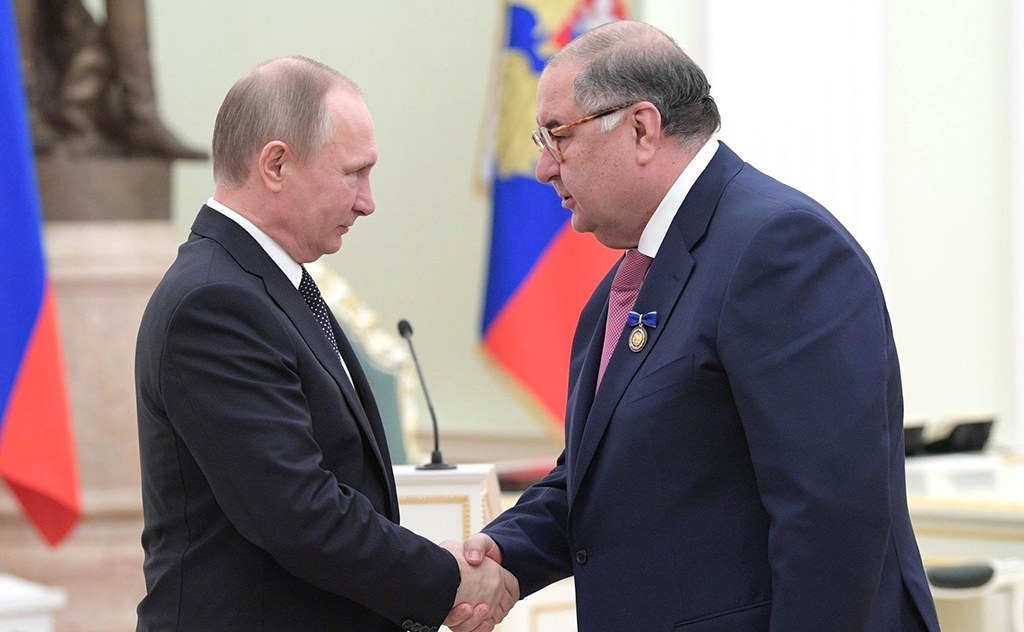 Usmanov has been sanctioned over his ties to Putin and other Russian leaders. (Kremlin.ru)

Tashkent is lobbying the European Union to remove sanctions imposed against Alisher Usmanov, a Russian oligarch of Uzbek descent, over Russia’s war in Ukraine, according to a Financial Times report citing anonymous sources.

The Uzbek government “has used recent meetings between Uzbek and EU officials to raise concerns about the sanctions, according to two people with knowledge of the discussions,” the British daily reported on November 8.

Usmanov, who has dual Russian and Uzbek citizenship and maintains close ties with his country of birth, was included in the first round of EU sanctions announced in February after Russia invaded Ukraine.

The sanctions prevent him from travelling in the EU or using any assets located in member states.

Usmanov is a “pro-Kremlin oligarch with particularly close ties to Russian President Vladimir Putin,” who “has been referred to as one of Vladimir Putin’s favorite oligarchs,” the EU explained.

“He is considered to be one of Russia’s businessmen-officials, who were entrusted with servicing financial flows,” and “has reportedly fronted for President Putin and solved his business problems.”

Usmanov, who prefers to emphasize his philanthropic work, had lent prominent Putin allies “luxurious residences” for personal use, the EU said. That meant “he actively supported materially or financially Russian decision-makers responsible for the annexation of Crimea and the destabilization of Ukraine.”

“Uzbek officials argue the sanctions have restricted the billionaire’s ability to invest some of his fortune in his birth country,” he reported.

The EU has stepped up engagement with Central Asian states as it tries to boost trade routes between the region and Europe that bypass Russia.

To that end, Uzbekistan will host an EU-Central Asia Connectivity Conference on November 18.

Uzbekistan’s Foreign Ministry did not immediately respond to Eurasianet’s requests for comment on the FT report that the government is lobbying for the lifting of sanctions against Usmanov and his sister Gulbakhor Ismailova.

The EU targeted Ismailova on the grounds that she is the beneficial owner of some of her brother’s property, including his $600 million yacht Dilbar. Usmanov’s other sister, Saodat Narzieva, managed to get herself taken off the sanctions list in September.

The FT report emerged as German police conducted raids as part of an investigation into Usmanov’s financial affairs.

The newspaper also said that Tashkent stood ready to provide unspecified “legal assistance to Usmanov for a potential court challenge against Brussels if the bloc rejects the requests to have the restrictions lifted.”

It is not clear what form that could take, but Uzbekistan will presumably want to avoid sanctions contagion.

The country has already been flagged by Washington as a potential conduit for sanctions-dodging, and one Uzbek firm has been slapped with secondary sanctions.

Usmanov, who started out with a business making plastic bags and rose to become a metals magnate, has previously said he is willing to invest “as much as I can” in Uzbekistan.

That is quite a lot, since his fortune stands at nearly $15 billion.