Haydarov is said to have overseen the theft of more than $4 million. 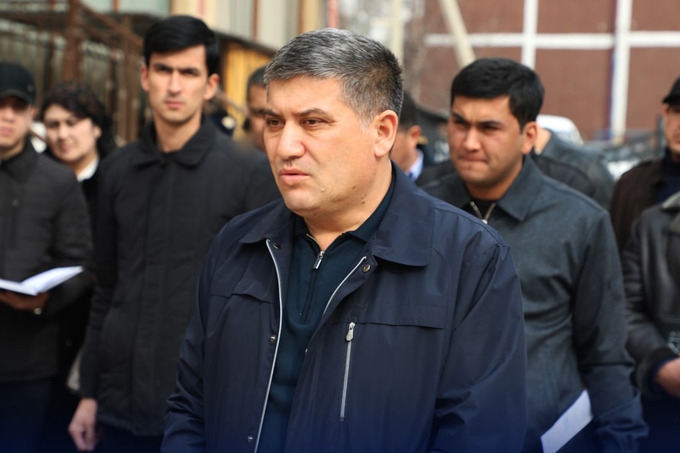 The fourth-largest city in Uzbekistan got a new mayor this week. The old mayor of Andijan, meanwhile, is facing charges of grand corruption.

The downfall of Bahrom Haydarov may be a useful test of how serious the Uzbek government is in its intent to foster accountability and transparency in the regions.

Haydarov, who had been in the job as Andijan mayor since August 2019, first ran into trouble in February, when local prosecutors submitted a request to the city council to strip him of the immunity he enjoys in his secondary position as a local lawmaker. They alleged in their petition that Haydarov had caused more than 1.7 billion sum (around $155,000) in financial damages to the state during land transfers he had overseen in 2019-20.

Prior to working as mayor, Haydarov for about two years headed the finance department of the Andijan region.

A crisis was temporarily averted when Haydarov reimbursed those funds, only for the Prosecutor General’s Office to file another motion requesting revocation of immunity. The request was fulfilled on May 28, although a member of the city council has complained it was done so unlawfully. A little over a week later, on June 6, Haydarov was arrested and charged with overseeing the embezzlement of 48 billion sum ($4.3 million) during his tenure at the regional finance department.

Investigators contend Haydarov operated in league with dozens of other government employees to undertake a series of convoluted fraud schemes. Fully 37 people are currently facing charges. One of them has been named as Azizbek Mirkomilov, the head of the Andijan regional department of public education. Almost one-quarter of the stolen funds have been recovered, officials say.

President Shavkat Mirziyoyev has on paper positioned himself as a foe of corruption and a champion of transparency in state spending. In one speech on the campaign trail late last year, he talked about the need for more scrutiny over the use of public funds.

“We allocate a lot of money. But there needs to be public control over the proper use of that money. If we state that there is no corruption, then this would be untrue. Corruption is among us,” he told voters in the Ferghana region last September.

Foreign-based experts on transnational corruption have expressed misgivings on the seriousness of the Mirziyoyev administration’s genuine commitment to a radical departure from the kind of practices that prevailed under the late President Islam Karimov, who died in 2016. One such specialist, Kristian Lasslett, a professor at the University of Ulster, has expressed concern that concessions made to civil society are driven more by “reputational concerns … than a conversion to liberal politics.”

“Research into two of the most significant projects shepherded into being by the Mirziyoyev government indicates that they exhibit some of the same core governance weaknesses and corporate red flags that marked the preceding era,” Lasslett wrote in a paper for the UK-based Foreign Policy Centre in 2020. “It cannot be factually inferred that the same forms of criminality are generating these red flags.”

Haydarov’s successor as Andijan mayor, Gofurjon Abdurakhmonov, was formally installed in the post in an extraordinary session of the city council on June 14. Abdurakhmonov’s background is also in finance. He worked before getting the mayor’s job as advisor to the chairman of Qishloq Qurilish Bank, a government-controlled lender that is poised to become the first bank in Uzbekistan to be floated on a stock exchange.