Mahalla councils were co-opted for purposes of population control in Soviet times. Coronavirus is giving them a new mission. 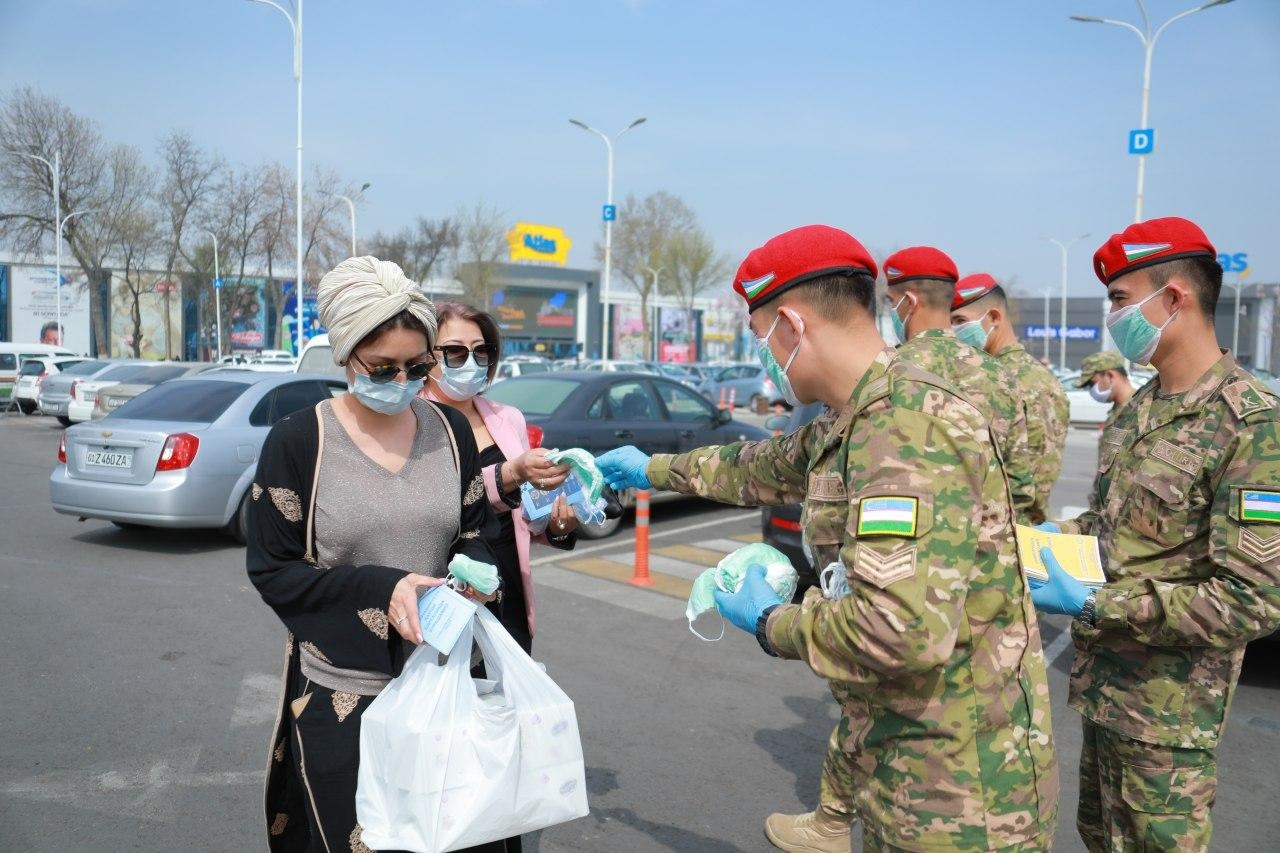 Uzbekistan’s nosy neighborhood councils have long been known popularly as the “eyes and ears” of the authorities.

Now, the mahalla committees are being mobilized for a new purpose – as a line of defense against the spread of the novel coronavirus COVID-19.

President Shavkat Mirziyoyev made that much clear when he emphasized the battle against coronavirus in a March 18 government meeting devoted to mahallas and the family.

Mirziyoyev doubled down on his point a few days later, when he spoke on television about the case of a 61-year-old in the Ferghana Region who had recently returned from a pilgrimage to Mecca.

Upon her arrival, on March 10, the woman threw a party for 120 people to celebrate. Undertaking the trip to Mecca confers major communal kudos in Uzbekistan and homecoming pilgrims often relish the opportunity to share their experience with as many people as possible.

Days later, the woman fell ill and was diagnosed with COVID-19.

“You cannot feel the presence of mahalla activists in some places. There are people holding elaborate ceremonies and feasts with large groups of people right before the very eyes of the mahalla chairman,” he said.

Uzbekistan was by that point already weeks into escalating its coronavirus lockdown, shutting schools, ordering people to work from home where possible and barring incoming travelers from entry. In evident recognition of the epidemiological threat posed by people arriving from Saudi Arabia, Uzbekistan Airways on February 27 had announced it was suspended all flights from Tashkent to Jeddah and Medina.

Mahalla committees are old institution, but they were co-opted for purposes of population control in Soviet times.

“The historic role [of the mahalla] as something unifying neighborhoods was long ago, in the period of the building of socialism, transformed into an instrument for … control and surveillance,” political analyst Alisher Samigzhanov told Eurasianet.

In the early post-independence period, the mahalla’s potential as a proxy for local government started to become more pronounced. In 1993, a law was adopted to formally acknowledge their role, and they have since that time been deployed in a variety of roles, ranging from enforcer of rules to a coordination mechanism for state-directed charity. They are grassroots in name only.

Mirziyoyev’s efforts to reinvigorate this institution predated the coronavirus scare. In February, he approved the creation of the Mahalla and Family Support Ministry with the stated goal of enabling the nominally self-governing bodies to “improve the social and spiritual atmosphere” in communities and families. The president suggested, among other things, that mahalla committees could do more to help cut divorce rates.

The Ferghana Region episode was a spur for an intensification of the rules on the violation of quarantine – and Mirziyoyev’s remarks made it clear it was up to the mahalla to ensure compliance. People who threaten the life and health of their community by evading requirements to self-isolate could face prison sentences of up to 10 years, he warned.

It is uncertain that peer pressure will be enough, however.

Muazzam, a 48-year-old resident of a neighborhood not far from where the Ferghana Region coronavirus carrier lives, said that many people are philosophical about the potential risks. They submit themselves, she told Eurasianet, to God’s mercy.

“Only after a case of infection did the residents of that area realize that the coronavirus was very close and that it could come to their house at any time,” Muazzam told Eurasianet.

For safe measure, the government on March 24 largely closed access through the mountain pass that connects the Ferghana Valley to the rest of the country. Only registered residents of the Ferghana Valley – home to 12 million of Uzbekistan’s 34 million-strong population – were to be allowed through to return home. Two days later, new restrictions were adopted barring people from entering or exiting the Ferghana Valley cities of Namangan and Andijan.

Making more rules is only giving rise to more rule-breaking.

The Interior Ministry said on March 30 that it has to date recorded a staggering 12,484 instances of people violating regulations introduced to stem the spread of coronavirus. These have ranged from the arguably minor offenses of shopkeepers failing to wear gloves at all times to people wandering out despite being under quarantine.

On March 28, police detained a man in Tashkent for holding a wedding, which is now illegal, and inviting dozens of friends and family to attend.

Shomurod Sharopov, a 70-year-old former photographer and journalist-turned-mahalla activist in the Kasby district of the Kashkadarya region, said the role of people like him is to spread more awareness of the dangers of the coronavirus. That means persuading people to temporarily dispense with their beloved traditions and rites, which is no simple task, he told Eurasianet.

“We advise people to refrain from gatherings and giving hospitality. And we ensure that no more that 15 people assemble at a funeral,” Sharopov told Eurasianet.

Samigzhanov, the political analyst, is a little more cynical about mahalla committees, however, questioning their validity as a voluntary organization and suggesting instead that they cannot live without the state.

“So long as the authorities are in a position to fund this link in the management chain, for control and surveillance and so on, a task will always be found for it. The survival or otherwise of this bureaucratic entity is wholly reliant on the health of the authoritarian state,” he said.

Another political analyst, Farkhad Mirzabayev, takes a more generous stance, arguing that mahalla committees are up to the challenge.

“Uzbeks have a strong tradition of collectivism and communities, so they lend themselves to being coordinated,” he said.

It also helps that the mahallas are often run by people with extensive experience giving orders.

“The majority of mahalla chairmen are former policemen, military officers or people who worked in management positions. And in crisis times like these, they are able to organize work.”