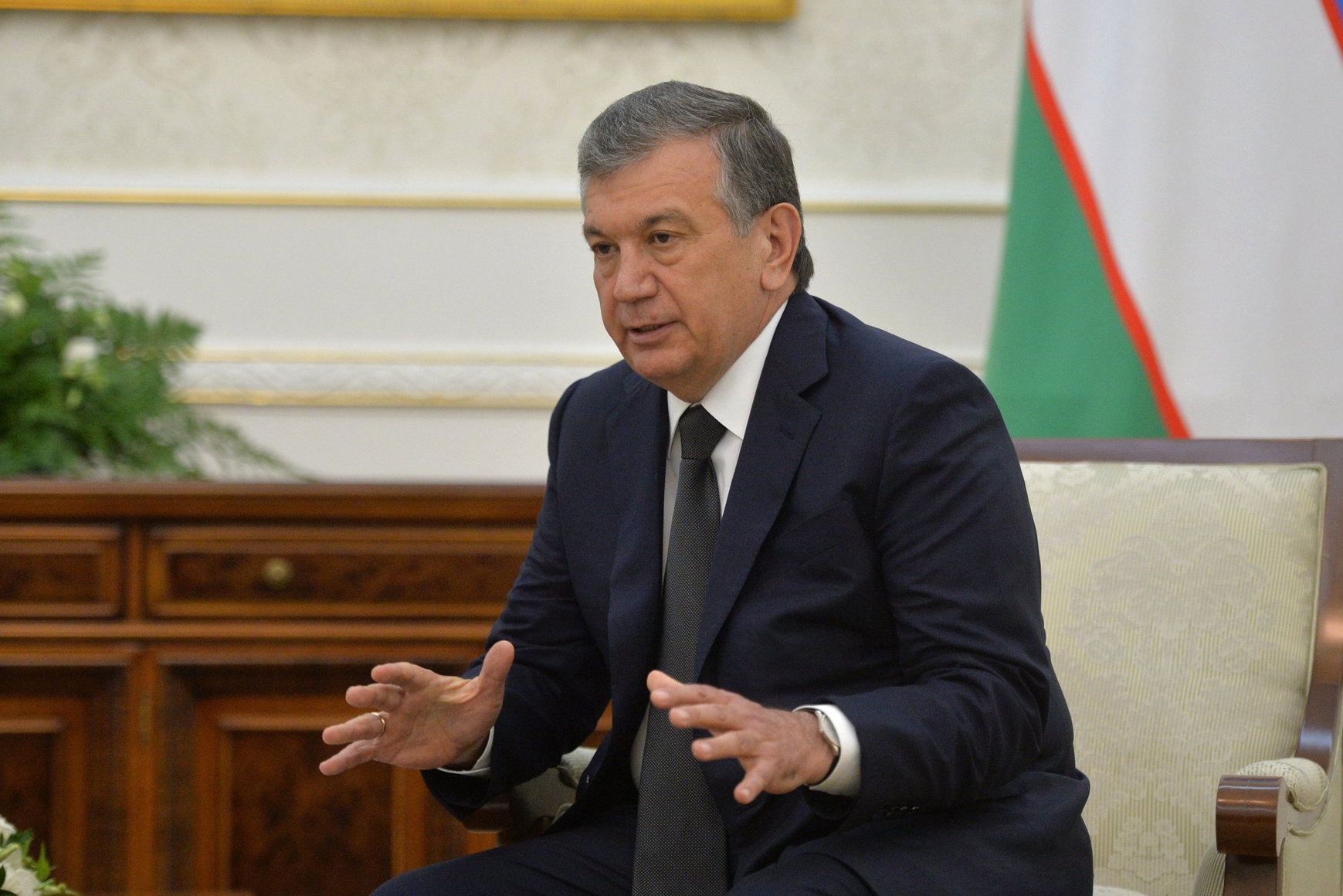 Uzbekistan’s interim leader, Shavkat Mirziyoyev, is wasting no time in culling officials and bringing other figures in from the cold. (Photo: Russian Presidential Press Service)

Uzbekistan’s interim leader is wasting no time in culling officials and bringing other figures in from the cold.

In one his first acts after being ensconced as provisional president, Shavkat Mirziyoyev on September 13 reshuffled the cabinet. The rearrangement was not without surprises and signals that as far as personnel issues are concerned, Mirziyoyev intends to make a clean break with the legacy of the late President Islam Karimov.

And yet perhaps it is what did not change that was most unexpected.

Contrary to some expectations, the position of first deputy prime minister Rustam Azimov – who had been touted as a possible successor to Karimov, and therefore a rival to Mirziyoyev's rule – has been strengthened in the reshuffle. His title will remain the same, but his responsibilities, which now include macroeconomic development, structural reforms, attracting foreign investment and administering the country’s finances, are being broadened to also take in education and science.

With Mirziyoyev all but certain to make his leadership permanent and formal in a special presidential election on December 4, the possibility of some kind of Uzbek political tandem may be coming into view.

“As far as Rustam Azimov is concerned, I can say that he is keeping a low profile, he has no expectation of running in the election. This tells us that there has been some deal done. That after the elections, Azimov will become prime minister. The political line of Islam Karimov will be maintained — everything will be focused on pragmatism, there will be no playing with democracy and the positions on rights issues will likely be even tougher,” journalist Elparid Hadjayev told EurasiaNet.org.

Foreign-based Uzbek political analyst Pulat Ahunov does not see much of a future for Azimov, though. “Even if to begin with they make him premier, it will only be so they can later discredit him for his bad work and fire him, and thereby exile him to oblivion,” Ahunov said.

Beyond Azimov, there were more surprises lower in the pecking order.

One familiar face brought back into the team was that of 55-year-old Abdulla Aripov, who was appointed deputy prime minister, a position he filled from 2002 to 2012. Aripov’s portfolio will include youth, culture, information technologies and telecommunications.

What state media did not mention, however, was that Aripov disappeared from the scene after the General Prosecutor’s Office filed a criminal case against him in relation to the corruption scandal involving MTS Uzbekistan. It was reported by nonofficial media in 2012 that prosecutors suspected Aripov of illegally granting Russia-based MTS permits to install 250 relay antennas.

All shenanigans involving MTS in Uzbekistan have typically been linked to Karimov’s eldest daughter, Gulnara Karimova. She was placed under house arrest by the security services in 2014, and little to nothing is known of her fate since that time. In what may or may not be a development related to the government reshuffle, unconfirmed reports have been surfacing in the media in recent days that Karimova has been confined to a psychiatric institute.

It is not clear how Aripov managed to evade punishment, but it appears he may have enjoyed protection from Mirziyoyev, whom he had previously served in an advisory capacity.

The previous occupant of Aripov’s chair could hardly have been removed for poor performance since he had only been doing the job for just over one month. The late president Karimov appointed Madjit Karimov deputy prime minister on August 10.

“These reshuffles testify to the fact that Mirziyoyev feels very confident and that he has the full support of internal and external forces. Aripov has contacts and connections with Russian businesses working in telecommunications, and the fact they returned him so quickly means that some agreements have been reached in this issue,” Ahunov told EurasiaNet.org.

Another returnee to the cabinet is Rustam Kasymov, who has been reinstated as minister for higher and middle education, a job he carried out from 2004 to 2008. The outgoing minister, Alisher Vahabov, had been in the position since 2014. And deputy prime minister Adham Ikramov has had his portfolio bolstered from health and environment to also take in physical culture and sports.

Following his initial top-level personnel changes, Mirziyoyev headed to the town of Jizzakh, where he first began his political career. While there, he fired the head of Jizzakh city administration, Asror Kobilov — for “shortcomings in his work” — and substituted him with the former head of the Tashkent city administration, Abdukahhar Tuhtayev. The switch was announced on the evening television news.

Tuhtayev had been fired by Karimov in February 2011 from his job running Tashkent for committing “flagrant violations in urban management.” But the Ferghana.ru news website in 2013 reported in passing that Tuhtayev had lost his job for more venal reasons, namely major real estate corruption. The website noted that Tuhtayev managed to evade arrest, however. He too reputedly served under Mirziyoyev. Other people that lost their jobs in Jizzakh included the regional prosecutor and several district-level mayors.

As tradition dictates, Mirziyoyev should as acting president now be busy touring the country’s cotton-growing regions. Uzbekistan is currently in the midst of its cotton harvest. With personnel changes having been made at the top, attention will now turn to the regions, and the fate of officials there could depend in large part on how the harvest turns out, Hadjayev said.

And what some are describing as a purge has been extended into the state companies. On September 21, the head of the state-run power company Uzbekenergo, Iskandar Basidov, was fired. RFE/RL’s Uzbek service, Radio Ozodlik, cited an Uzbekenergo representative as saying Basidov was dismissed for “reasons of worsening health.” The firing was ostensibly approved during a company board meeting, although the initiative came from the office of Mirziyoyev, who was unhappy at mounting debts and unpaid salaries at Uzbekenergo, Radio Ozodlik reported, citing its sources.