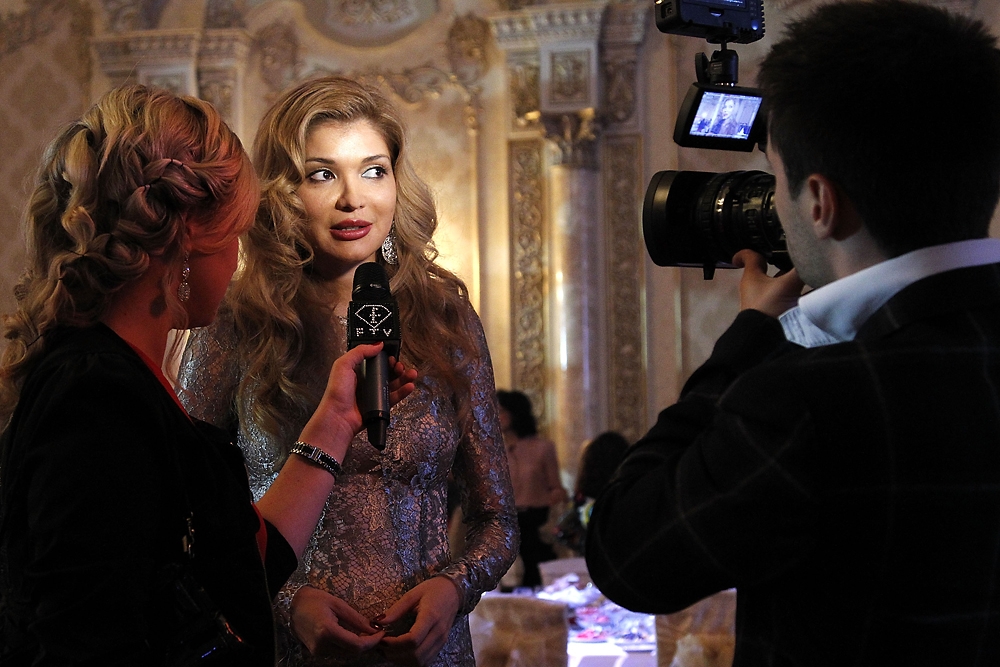 Already embroiled in a public family feud and facing an unprecedented attack on her business empire, fresh trouble is enveloping Gulnara Karimova. The once-omnipotent daughter of Uzbek dictator Islam Karimov is becoming entangled in an investigation into the alleged kidnapping of one of her employees almost a year ago.

From the outside, it's easy to see Karimova’s troubles through the lens of a political succession struggle in Tashkent, in which a rival faction strives to weaken the president by taking down his daughter. But in the Uzbek capital, where cynicism seems to be the guiding principle of politics, some observers think Karimov may be engineering events, and that the public attacks against his daughter are being orchestrated to bolster his own political standing.

On November 7, Uzbekistan’s Prosecutor-General’s Office announced on its website that it had opened a criminal case into the kidnapping of a Karimova employee that allegedly occurred 11 months ago. Though Karimova is not specifically named in the investigation, relatives of the victim, identified as Nurmukhammad Sadykov, on November 6 asserted that Karimova’s staff was holding and torturing him. On Twitter, Karimova called the allegation “total crap” and said Sadykov (no relation to the author) was fine at home.

The probe – extraordinary because it potentially embroils a member of the powerful and protected ruling family, which routinely flouts the rule of law – provides additional evidence that the net is closing around Karimova. It follows the shuttering of her media empire, rumors of tax raids against her charity foundation, and the freezing of bank accounts allegedly belonging to her. Earlier this year, Karimova resigned as Uzbekistan’s permanent representative to the United Nations in Geneva after police in France searched several of her properties at the request of Swiss prosecutors investigating a money-laundering case. Karimova has also been named in a corruption investigation in Sweden over Nordic telecoms giant TeliaSonera’s purchase of the rights to operate in Uzbekistan.

Without her television and radio stations, Karimova has taken to Twitter, attacking the man she believes is behind her problems -- Rustam Inoyatov, the powerful head of Uzbekistan’s domestic intelligence service, the SNB. On more than one occasion she has accused Inoyatov of attempting to grab power, and even suggested he is trying to kill her. In the process, Karimova, who previously welcomed speculation that she wished to be president, has appeared to retreat, tweeting on November 5 that she just wants to be an "artist, poet and photographer."

Uzbekistan’s tightly controlled state media outlets have thus far ignored the scandals, suggesting that those in Karimov’s inner circle fear that recent events could do serious damage to the ruling clique’s reputation. As usual, many websites reporting critically on Uzbekistan, including EurasiaNet.org, are blocked inside the country.

But tech-savvy netizens in Uzbekistan who are able to circumvent restrictions on the flow of information are embracing a counter-intuitive notion. Many feel Karimov is posturing ahead of a presidential election expected in spring 2015, and is determined to move his problematic daughter out of the way and either run again or anoint a loyal successor.

According to a suspiciously detailed insider account that appeared on a website run by exiled Karimov opponent Muhammad Salih the scandal erupted when SNB boss Inoyatov presented Karimov with a damning dossier about Karimova last month. Author Usmon Khaknazarov said the file shocked the president, who knew nothing of her business interests at home, or the corruption investigations abroad. (Khaknazarov, described as a “political analyst,” was known for his authoritative reports about a decade ago. Few believe he is a real person.)

Many in Tashkent see the Khaknazarov report as an attempt to defend Karimov, perhaps released by the intelligence services. In it, the ruthless strongman is described as crying over his daughter’s transgressions after beating her.

"[Karimova’s] dad is trying to whitewash himself by showing off to people that he is punishing his own daughter for bad things, but this is all a pretense," a Tashkent resident told EurasiaNet.org. "The president will score points from all the current events involving his daughter." (All sources spoke on condition of anonymity due to fear of violent reprisals.)

A businessman in the capital said he’s not convinced that Karimov knew nothing, suggesting the Khaknazarov report, which quoted extensively from private meetings between the president and his top advisors, is evidence of a “dirty game.”

“Now they are suppressing her businesses to show that not only ordinary people, but everyone is equal before the law," the businessman told EurasiaNet.org.

Some think Karimova – described in a leaked US diplomatic cable as a "robber baron" and the "most hated person in the country” – is playing with them. "The scandal involving Guli is just a PR exercise for her and her products,” said a lawyer from a Tashkent suburb, referring to Karimova by the diminutive she uses as a designer, jeweler and perfumer.

Others point out that Karimova still enjoys rare special privileges when it comes to freedom of speech. She has publicly accused her sister and mother of "sorcery" and compared Karimov, 75, to Soviet dictator Joseph Stalin, tweeting on November 5; "Changes! ... We want changes!!" She also alleged that the SNB had detained and beaten her former bodyguards. If she is in trouble, it would seem authorities would want to get her off Twitter, which is not blocked in Uzbekistan and is certainly causing embarrassment.

“As a member of the family she can compare Karimov to Stalin and call her mother a 'witch' without being punished for it," a middle-aged woman from Tashkent said. "No one else could do this."

For now, it is impossible to know whether Karimova has become too powerful for her father, or if the whole affair is a publicity stunt designed to benefit them by presenting just a regular family that also obeys the law.