Uzbekistan: Nuclear deal with Russia still on the table despite sanctions

Even if Rosatom is not targeted by sanctions, its future projects could still be affected. 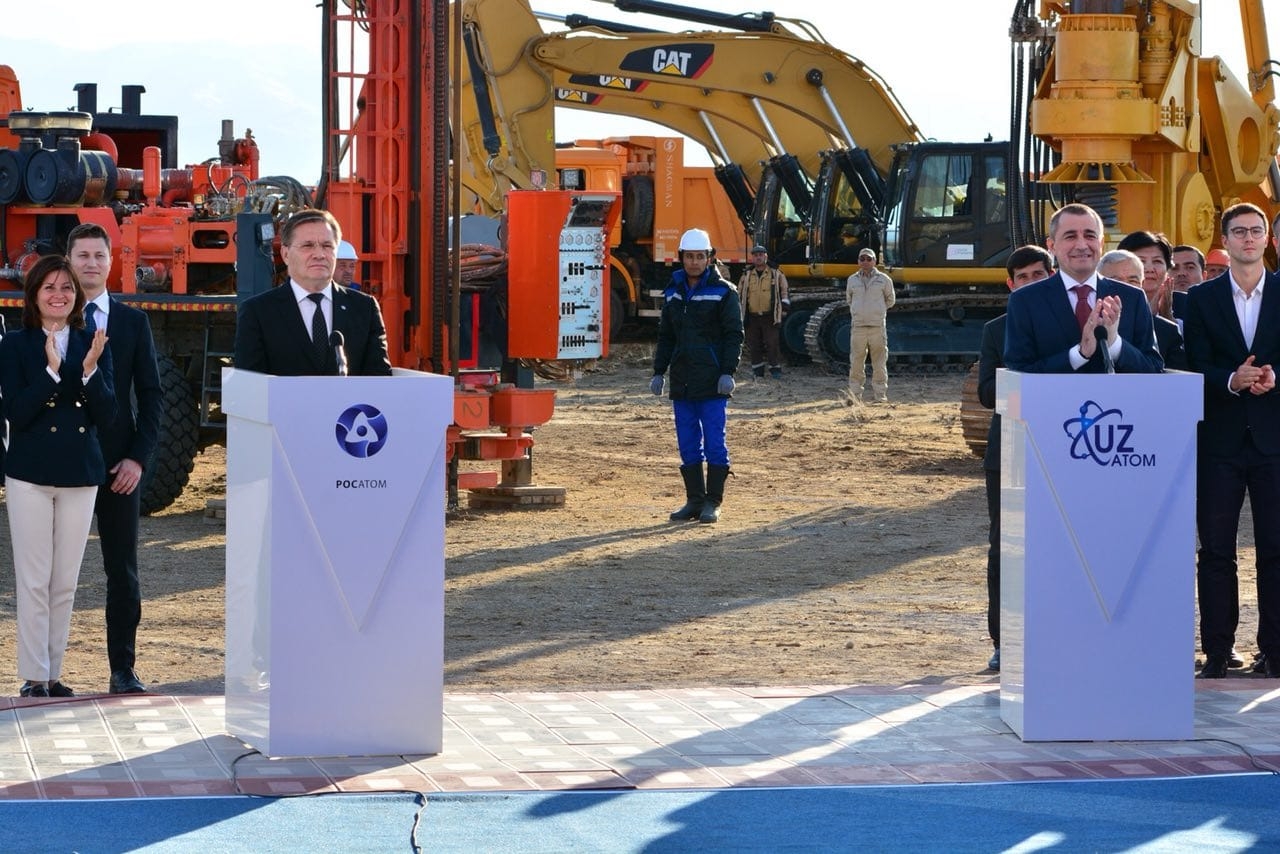 A ceremony in October 2018 at a potential nuclear power plant construction site in Uzbekistan. (Photo: Rosatom)

When Uzbekistan fired the starting pistol four years ago on plans to go nuclear as a way to address the chronic energy shortages that plague it every winter, the world was a different place.

Russian President Vladimir Putin was not an international pariah. And Shavkat Mirziyoyev, his Uzbek counterpart, was courting him as a guest of honor in Tashkent.

The high point of Putin’s visit was when he and Mirziyoyev symbolically inaugurated the start to a project to build an $11 billion nuclear power plant in an area just east of Bukhara. The work was to be done by Russia’s state-owned Rosatom, a commanding presence in the global nuclear power industry, and to be funded with loans from Moscow.

Tashkent hailed the environmental upside of a plant that would reduce reliance on fossil fuels – coal and natural gas – for power generation. It is furthermore hoped that nuclear-generated electricity could advance Tashkent’s economic goals by freeing up gas currently used for power generation for processing into value-added products.

But an agreement that looked like a winner could now become collateral damage of Russia’s invasion of Ukraine.

Uzbekistan’s choice of partner may have looked logical back in 2017, when it first signed the nuclear deal with Russia on joint construction of the plant. But with Russia now the target of international sanctions, Rosatom looks a lot less attractive as a partner – even though the sanctions regime in its current form does not extend to the company itself.

Rosatom is bullish on the Uzbekistan project.

“The details of this project are under discussion. We all understand perfectly that the construction of the atomic power station is a strategic bilateral cooperation project in the interests of our countries,” said senior Rosatom representative Vadim Titov on April 4 in remarks quoted by Podrobno.uz.

Titov, the president of the Rusatom International Network, which represents the company’s global interests, was speaking at an online event in the run-up to an international trade fair in Tashkent later this month.

But with the full implication of the sanctions now in place yet to become fully clear, that confidence may be misplaced.

“It is absolutely the case that projects that have not yet been completed or that still are in the design stages are extremely vulnerable to sanctions difficulties and interference, even if Rosatom is not itself presently subject to such sanctions,” Richard Nephew, the director of the International Security Initiative at Columbia University’s Center on Global Energy Policy, told Eurasianet by email. “Sanctions targeting financial transactions, technology transfers and the like will all undermine efforts to engage in and complete such projects.”

While there are clear risks to proceeding with the project, there are risks to scrapping it, too.

Aside from the certainty that cancellation would antagonize a belligerent Russia, finding a new partner to build a plant that Mirziyoyev said in 2018 would be completed within a decade would take time.

So is building the Russo-Uzbek nuclear power station still viable?

“Possibly, though given the long lead times required to develop and implement nuclear reactor projects, by the time such a project were to begin, it could be covered by sanctions,” said Nephew. “In general, it would not be advisable to start development of such projects now, given this risk.”