The most prominent defendant had previously accused the judge of embezzlement. 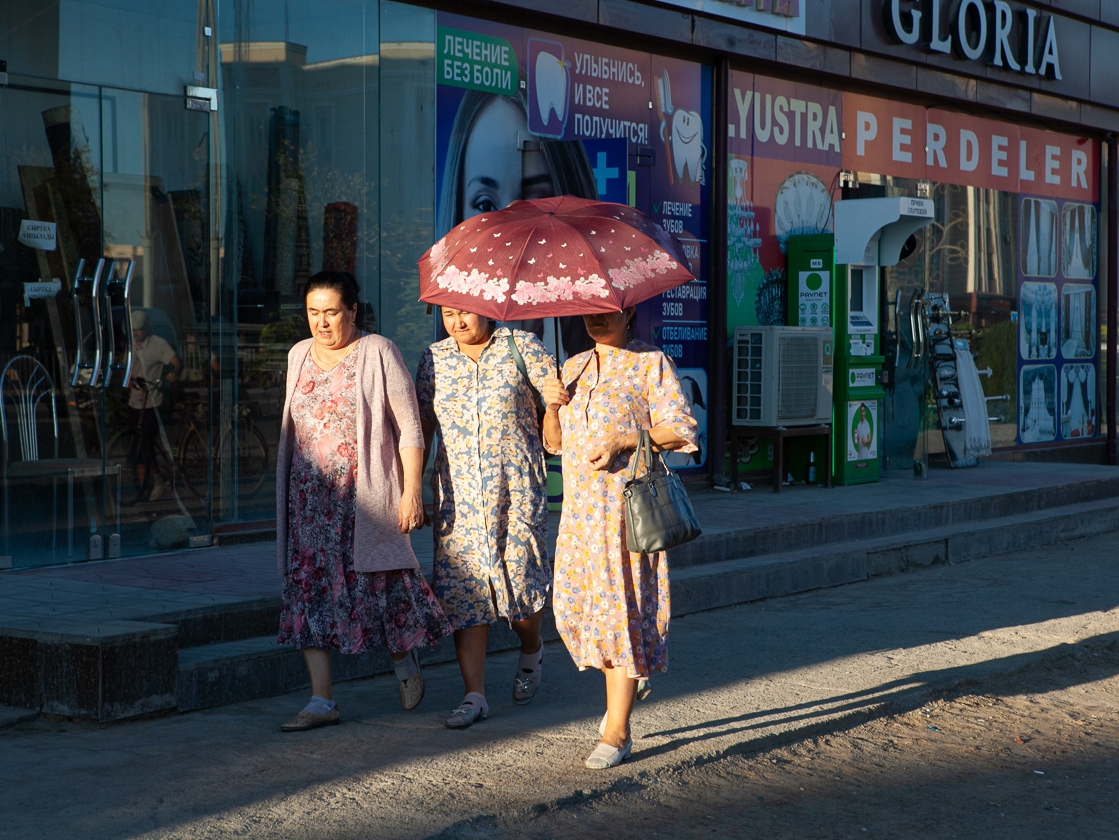 When the trial of 22 people accused of involvement in the violent unrest that rocked the autonomous republic of Karakalpakstan began last month, the authorities made a show of arguing that the proceedings would be a model of transparency.

Reporters were invited to attend the trial that opened in a court in Bukhara on November 28 and, in a development that was not unprecedented but was nonetheless unusual, a live feed of the hearings was transmitted over the internet.

That brief experiment ended on December 5 when the live feed was cut off at the request of the prosecution.

Even before that happened, though, misgivings had been voiced.

To begin with, many complained about the quality of the feed. The audio of exchanges between lawyers and defendants were often barely audible.

“Out of the past five days of court hearings, only in the last two days has the quality of the broadcast made it possible to actually observe the progress of the case,” Aqylbek Muratbai, a Karakalpak activist based in Kazakhstan, told Eurasianet before the judge ruled to take the stream offline. “For the first three days, due to the poor quality of the stream, it was impossible to make out what the speakers were saying. And according to what I have observed, the broadcast is being put out with some delay and there are signs that some individual pieces of footage are being cut out.”

The bad audio was ostensibly caused by technical limitations. It was independent news outlet Gazeta.uz that set up the feed, not the court – a fact that appears to have compromised the quality of the transmission. Social media commentators have complained that it should not be left to media outlets to handle such important matters.

Critics of the trial note in any case that dwelling on the quality or otherwise of the live stream may be a red herring.

“More important is that the defendants’ right to a fair trial, a right recognized by international law, is respected and that their rights are respected throughout the entire criminal justice process, including during arrest, interrogation, pre-trial detention and sentencing,” Ebony Wade, a legal advisor at Stockholm-based advocacy group Civil Rights Defenders, told Eurasianet.

A live stream is only one factor enabling increased public scrutiny and accountability, Wade said.

Some eyebrows have been raised by the choice of Elubay Abibullayev, a judge from Karakalpakstan, to preside over the trial. Muratbai noted that the most prominent defendant in the trial, Dauletmurat Tazhimuratov, had had a previous run-in with Abibullayev, having publicly accused him in November 2021 of embezzlement and abuse of authority.

According to a member of the parliament-appointed commission investigating the Nukus unrest, at least one-third of the defendants objected to Abibullayev taking charge of their trial, but their protests were overruled.

Instead of focusing on the production of evidence, the initial stages of the trial instead consisted in the bulk of defendants confessing their guilt and shifting the blame onto Tazhimuratov.

The approach of the prosecution since that time has been to assemble a case through the sheer bulk of testimonies. Hearings from December 12-14 saw testimonies from more than 170 civilians and officials claiming to have sustained injuries and damage to their property on July 1-2.

With the live stream a dormant issue pending its suspension, Wade said the authorities can do much more to promote transparency through other means.

“For example, the authorities did not publicly disclose the defendants’ names and charges until very late in the process, instead of during the earlier investigation phase. The government has also resisted calls from international human rights groups […] to either be involved in the state-run investigation into the events or be permitted to carry their own independent probe,” Wade said. “The government’s decision to move the trial from Nukus, where the protests took place, to Bukhara, some 500 kilometers away, also raises concerns about transparency and accountability.” 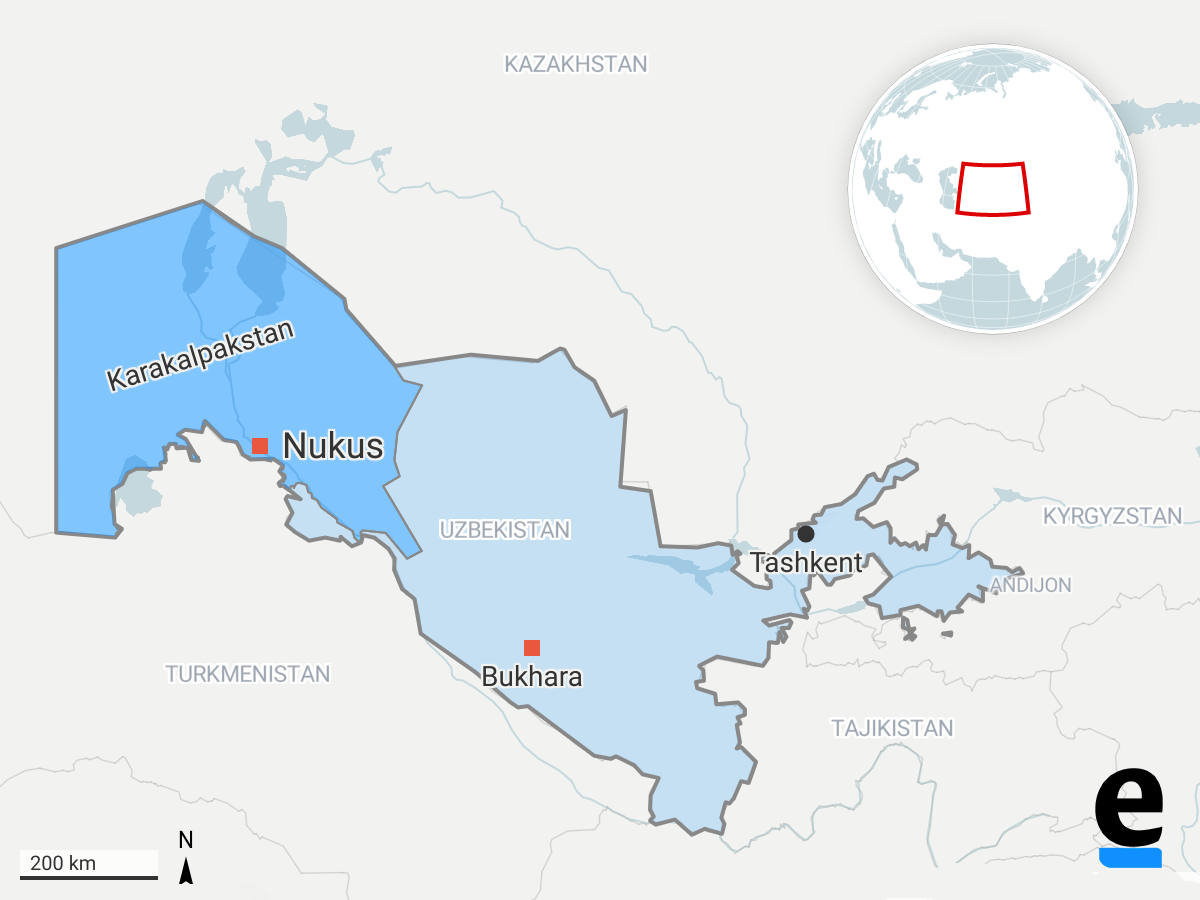 The U.S. Embassy is among the chorus of voices pleading for more transparency. A spokesperson for the mission also argued that the government should “hold members of the security forces accountable if they violated Uzbekistani law.”

There has been movement on that front at least.

The commission investigating the Nukus events revealed last week, citing information from the Prosecutor General’s Office, that investigators are conducting a preliminary investigation into claims that at least two civilians may have been killed as a result of the deployment of an “unjustified use of force” by law enforcement officers.

Correction: Quotes given to Eurasianet by Ebony Wade, a legal advisor at Stockholm-based advocacy group Civil Rights Defenders, were erroneously attributed to another person in an earlier version of this article.