Uzbekistan: Officials may be tested on knowledge of native language

Getting a proficiency certificate could be required from 2023. 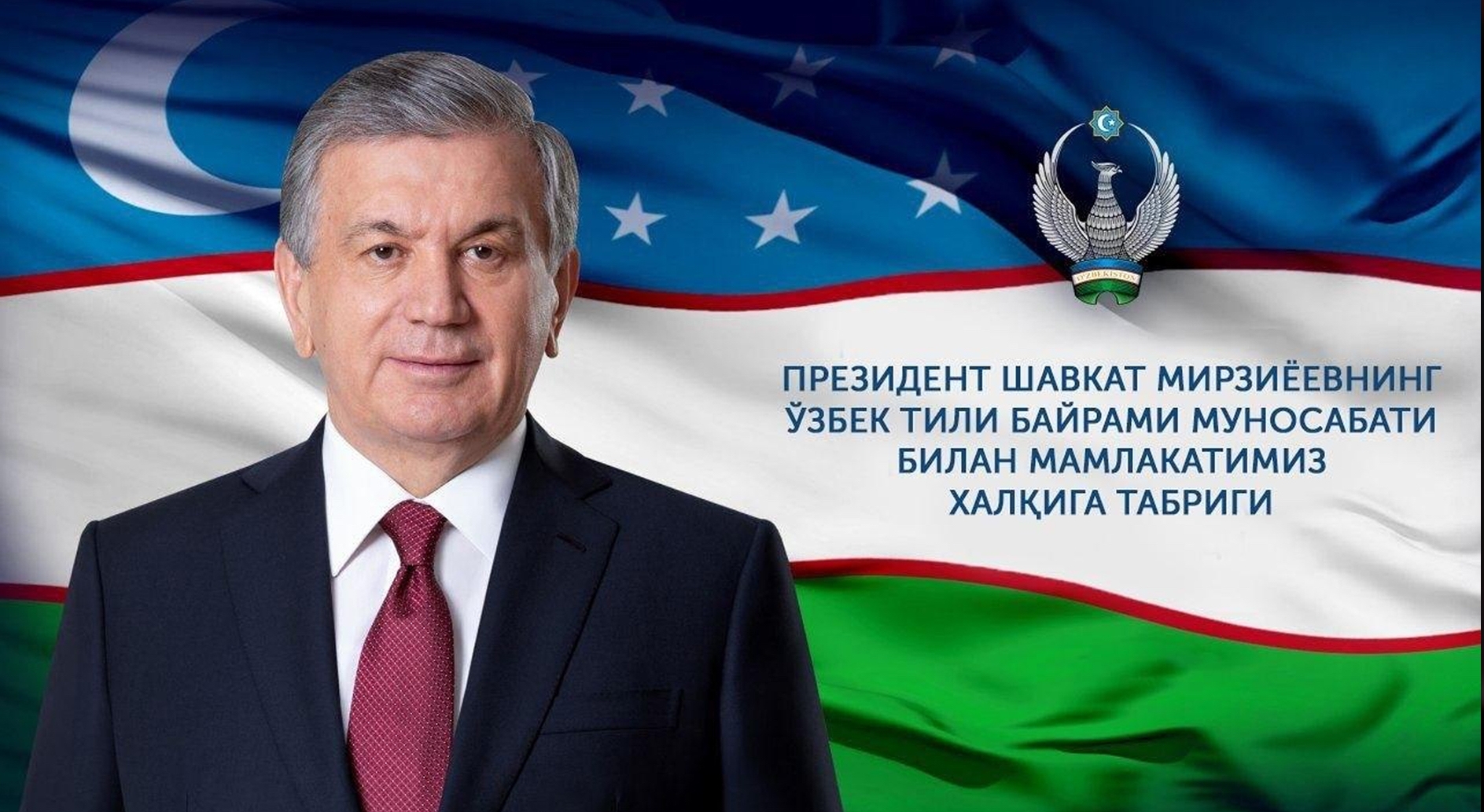 A government graphic of President Mirziyoyev congratulating the public on the event of Uzbek Language Day.

In its latest bid to promote the cause of its state language, Uzbekistan is planning to require anybody aspiring to high-ranking state positions to produce a certificate of proficiency.

Under the terms of draft legislation that is open for public review until November 28 the requirement would come into force from 2023.

The bill drafted by the State Testing Center, the government’s exams-setting body, envisions creating tests designed to assess people’s familiarity with Uzbek literature, as well as a command of the Uzbek language.

The Tashkent State University of Uzbek Language and Literature, which is poised to start developing the test in April, has proposed to offer short-term courses lasting one or two months to help people brush up on their literary Uzbek.

Those who successfully sit the exam will be granted language proficiency certificates valid for five years. Receiving the document will incur a charge of 334,500 sum (currently around $33).

The value of that certificate is that only its holders would, if the legislation is adopted, be permitted to occupy senior government positions.

In line with President Shavkat Mirziyoyev’s recent decree to hasten the long-delayed plan to transition Uzbek to exclusive use of the Latin alphabet, thereby shedding the Cyrillic now also in use, the test will have to be completed in Latin script. Government departments currently alternate between Cyrillic and Latin when producing documents and much state business is still done in Russian.

Because alphabet reform has been so inconsistently applied, Uzbekistan has for decades now been operating in a confused dual state. The Latin and Cyrillic alphabets are visible all over the country. In some places both versions can be seen side by side — more often one or the other is used, however. The rule of thumb is that anything intended for consumption by an older audience will be in Cyrillic.

Under the edict approved by Mirziyoyev last month, every October 21, which marks the date in 1989 when Uzbek was granted the status of state language by Soviet authorities, will be celebrated as Uzbek Language Day.

In an interview in November, Inomjon Azimov, the rector of a state center that specializes in teaching the principles of composing bureaucratic documents in Uzbek, said that he believes the switch to Latin script could happen within two years.

“If this deadline is dragged out any further, there will be problems down the line,” he said.

In contrast with his late predecessor, Islam Karimov, Mirziyoyev speaks in Uzbek at all official and unofficial events inside the country. He spoke in his native language when addressing the United Nations General Assembly in September. It was the first time that an Uzbek leader had done so.