Allakulov's unregistered party was due to hold a congress in Tashkent. 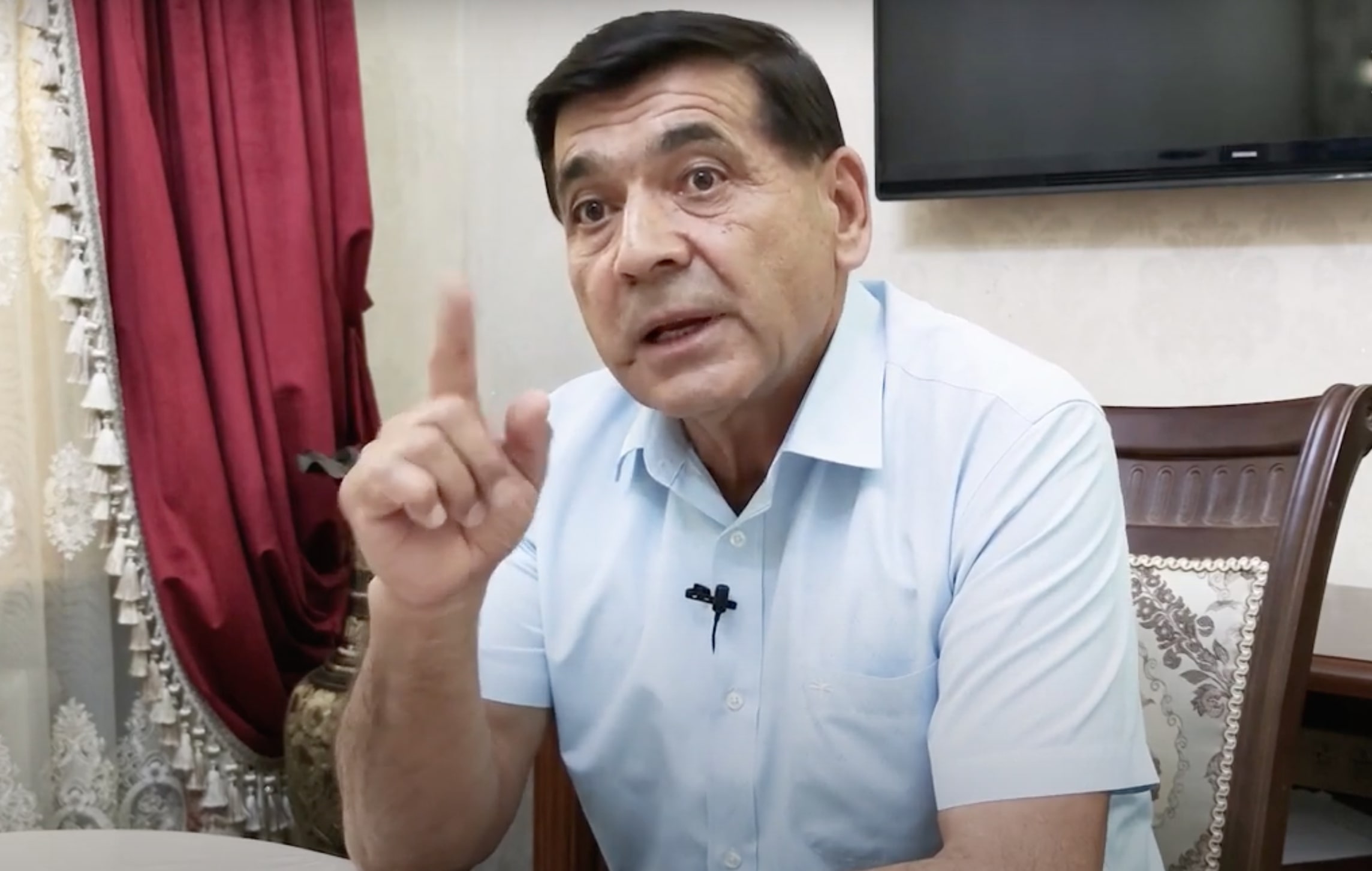 Allakulov speaking in an interview posted on the Truth and Progress YouTube channel.

An opposition politician in Uzbekistan has reportedly been detained by law enforcement authorities on the same day he was set to preside over a congress for his unregistered party. He was immediately transported to the Ferghana Valley city of Andijan for questioning, according to media reports.

News website Eltuz reported that the Allakulov’s Tashkent apartment was besieged by dozens of National Guards troops at around 9 a.m. on February 26.

The moment of the initial summons was captured on film and posted to the internet. Allakulov opens his apartment door to find a plainclothes man holding a sheet of paper in his hand. The man introduces himself as an officer with the Andijan region branch of the Interior Ministry.

Allakulov then immediately slams the door, apparently having expected the arrival of the officer.

There is no footage to document claims in Eltuz that up to 30 National Guard officers were involved in the operation.

RFE/RL’s Uzbek service, Radio Ozodlik, whose website is blocked inside Uzbekistan, cited a police investigator as saying Allakulov stands accused of publishing information about a local resident online without his permission.

He is being charged under statutes criminalizing the violation of privacy, Ozodlik reported.

But Eltuz, which is also banned, suggested another possible explanation. Allakulov was due to hold a congress for his unregistered Truth and Progress party at a wedding hall in Tashkent on February 26. The party had advertised the event on social media and sent invitations to attend to representatives of international organizations and diplomatic missions.

Ozodlik published a photo of the wedding hall showing that it had been fenced off and apparently closed for renovations.

According to unconfirmed reports, Allakulov was released after interrogation, but the charges against him are still being pursued.

Allakulov is a name largely unknown to the Uzbek public. He first announced news of the creation of his Truth and Progress party in June 2020 and said that he intended to run for presidential elections scheduled for later this year. The YouTube channel on which that announcement was made has been shut down, although it was still accessible as of mid-February.

Allakulov is an economist by training and served as rector of Termez State University from 2002 to 2004. He was pushed out of that position in 2004 over what is said to have been a run-in with the state security services. He claims that he had been trying to root out the corruption running rampant in the university.

In May 2018, Allakulov appealed to Mirziyoyev to be reinstated in his old job at the Termez university, but without success.

Uzbekistan does not in theory prohibit the formation of new political parties, although a mere five of them currently exist, and they vary only in their levels of support and enthusiasm for government policies.

In 2019, the last year in which parliamentary elections were held, Tashkent-based rights groups Ezgulik appealed to Mirziyoyev to lower that threshold, arguing that it contravened previously stated efforts to develop a healthy competitive environment for political parties.

It was no great surprise when that the recommendation was not heeded. But the arrest of a rare actual apparent opposition politician days after the president attracted plaudits for a speech in which he vowed that ensuring fundamental human rights was central to ongoing reforms looks troubling.