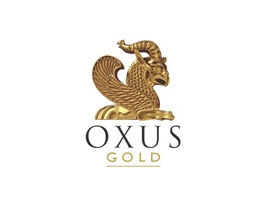 Embroiled in a dispute with Uzbek authorities about valuation of its shares in a joint venture as it attempts to exit Uzbekistan, the British company Oxus Gold, suspended share trading June 29, the Financial Times reported.

Company officials cited the reason for halting of trades on the Aim, the Alternative Investment Market for small companies on the London Stock Exchange, was that it could not gain access to information needed to publish 2010 financial results in keeping with Aim's rules.

Oxus said it had been prevented by its Uzbek partner in its 50% joint venture, Amantayau Goldfields (AGF), from obtaining the reports, Yahoo Finance reported.

In March, the share value of Oxus dropped in half to 1.52 pence when the dispute with the Uzbek company emerged, and it closed June 29 at only .85 pence.

The British mining firm announced then that it was ceasing operations in Uzbekistan and planned to challenge an Uzbek government audit it says was being conducted in bad faith.

A company spokesman said that the company had enough resources to meet corporate costs and possible arbitration costs.

Oxus' troubles have been shared by other companies in Uzbekistan recently; a number of German companies have been left holding the bag after the seizure of Zeromax, a state-run comglomerate, that had formed ventures with foreign companies. Newmont, a US mining company, had its holdings expropriated by the Uzbek government in 2006, and ultimately settled for below-market prices for its shares.