Both are seeking to get ambitious transportation projects off the ground. 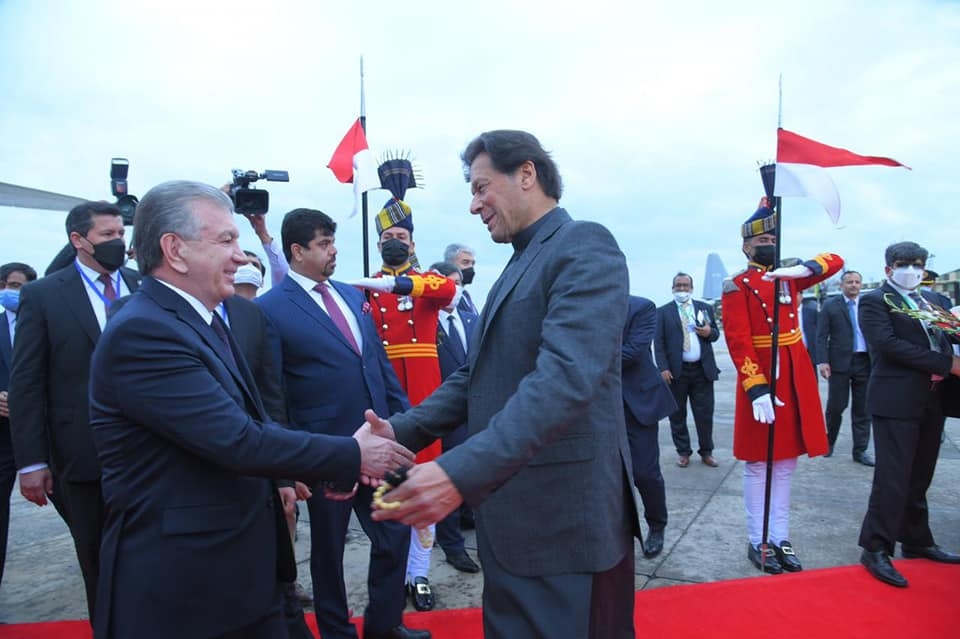 Uzbekistan and Pakistan are joining forces to press the international community to unfreeze the assets of Taliban-controlled Afghanistan, which both neighbors would like to see shed its pariah status.

Pakistani Prime Minister Imran Khan said they had agreed to “lobby on this” together during a visit to Islamabad by Shavkat Mirziyoyev, Uzbekistan’s president, on March 4.

Both presidents have since September been urging the international community to release assets frozen after the Taliban takeover of Afghanistan in August.

Khan said at a briefing with Mirziyoyev that the two would also cooperate to see “what Afghanistan can do to gain international recognition,” which no country has granted.

Both Uzbekistan and Pakistan favor engagement over isolation, pointing to the need to mitigate Afghanistan’s humanitarian crisis and also with an eye on getting ambitious transportation projects off the ground.

“The interim government should live up to its promises, of which many were made,” he stated, while “the international community should encourage any positive steps and changes being made in Afghanistan.”

With its unrecognized government, Afghanistan creates a bottleneck for the “connectivity” that Mirziyoyev and Khan wish to promote between South and Central Asia.

Both are eager to start building a railroad linking southern Uzbekistan to Pakistan’s sixth-largest city, Peshawar, via Afghanistan.

The Taliban are also on board, but financing will not be forthcoming while they remain international pariahs. Security concerns are another barrier, Taliban assurances that they will ensure the security of the project notwithstanding.

Uzbekistan has strongly lobbied for the trans-Afghan railway, eager to establish a southbound outlet to the Pakistani ports of Karachi and Gwadar.

“We believe that the construction of the Termez-Mazar-i-Sharif-Kabul-Peshawar railroad, called the ‘Project of the Century,’ will facilitate not only the general wellbeing of our countries but also of the peoples of our vast regions,” Mirziyoyev said during his visit.

Late last year Russia and Kazakhstan joined talks with the three countries about a project that would also offer them a faster, cheaper trade route.

But Russian involvement is almost certain to be off the table now that Russia has been slapped with international sanctions over its invasion of Ukraine.

Looking south for export routes makes even more sense for Tashkent now that the sanctions make Russia a non-viable route to Europe.

Uzbekistan and Pakistan signed a transit trade agreement last July, granting the former access to the latter’s seaports – just before the Taliban takeover of Afghanistan put a spoke in their plans.

During his visit Mirziyoyev also clinched a trade deal that will see tariffs slashed on dozens of products.

Under the Preferential Trade Agreement, the two countries will reduce customs duties by 20-100 percent on 34 products, 17 from each side.