The country became the world's biggest seller of gold in July. 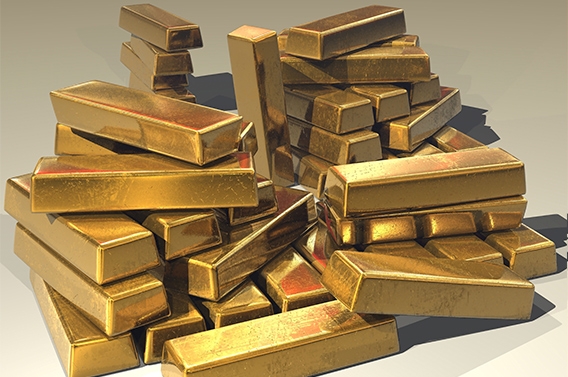 All that is gold glisters.

Uzbekistan is turning to its massive gold reserves to help fight its way out of an economic impasse brought on by the coronavirus pandemic and has, in doing so, become a global leader in sales of the precious metal.

The State Statistics Committee revealed on September 21 that the country had exported $5.8 billion of gold in the first eight months of this year. That accounted for half of exports-based revenue.

Just to put that in context, Uzbekistan exported $4.9 billion worth of gold over the whole of 2019 – an amount that then accounted for 27.5 percent of trade turnover.

Uzbekistan became the world’s leading exporter of gold in July, easily outstripping Mongolia’s 6.1 tons with its 11.6 tons of sales. In August alone, it sold $2.5 billion worth of gold. Over the entire duration of 2015, it sold $1.9 billion worth of the metal.

In early August, Atabek Nazirov, director of the Capital Markets Development Agency, said the time had come for Uzbekistan to dip into its considerable gold holdings to generate much-needed income.

“The price of gold is at its peak, and economic activity has sunk to its nadir, so I think right now it is necessary to sell gold and foreign exchange reserves, and to use these funds to urgently save the economy from a further decline and to avoid more unemployment,” Nazirov said.

As part of its coronavirus mitigation efforts, Tashkent closed its borders for lengthy periods of time, causing considerable problems for trade. Lockdown measures, meanwhile, forced the closure of hundreds of companies. To compound matters, countless thousands of migrant laborers living in countries like Russia have been forced to return home.

Uzbekistan’s external debt burden has surged too. As of July 1, it stood at $17.3 billion, still only equivalent to what is generally deemed a highly manageable 30.3 percent of gross domestic product. It rose by $1.6 billion since the start of the year.

Uzbek economic expert Navruz Melibayev told Eurasianet that while gold is a lifesaver for Uzbekistan in how it generates revenue and helps bridge the trade deficit, reliance on it can only be a time-limited fix.

“We still need to develop industry and other spheres of the economy. Betting on the sale of gold is a temporary measure necessitated by the pandemic and rising prices for this metal,” he said.